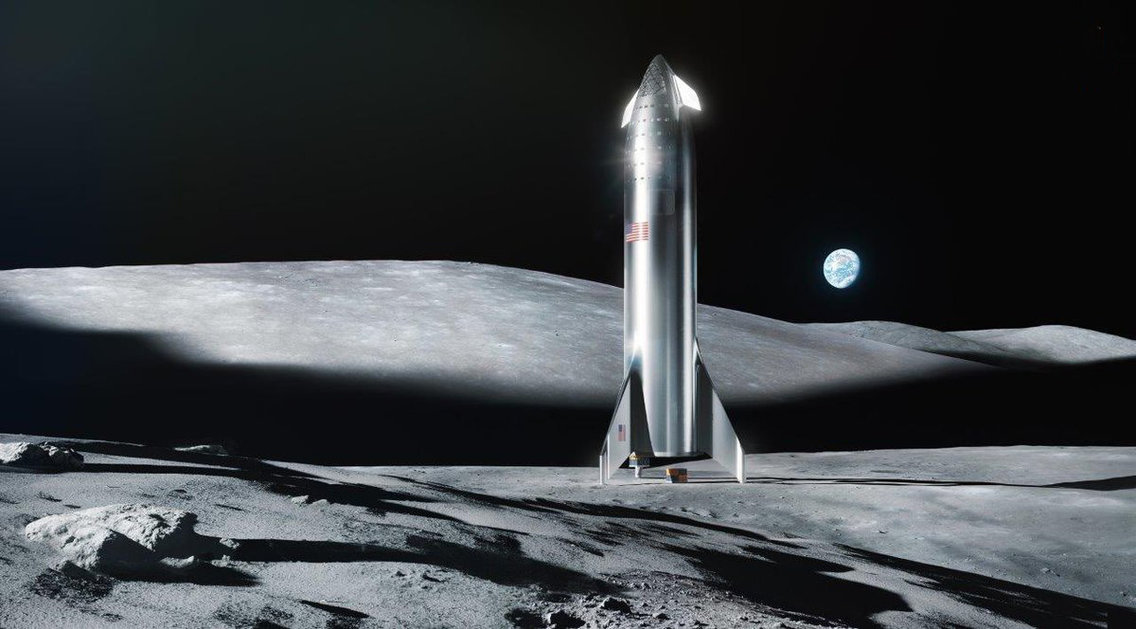 While NASA is desperate to meet President Trump’s deadline and send the first American woman and the next man to the Moon by 2024, an additional back-up plan is being born

NASA is working on its Artemis Program to create a sustainable settlement on the surface of the Moon. For this mission, the space agency is funding a new rocket, the Space Launch System (SLS), which will send astronauts aboard the Orion spacecraft from Earth to lunar orbit, where the astronauts will be welcomed by the Gateway, a future lunar orbit station. The crew will take expeditions from the Gateway to the surface of the Moon in a piloted landing system, which has recently been given to the Marshall Space Flight Center in Huntsville to manage.

President Trump is very clear about the deadline: 2024 must be the year when the US reconquers the Moon, instead of the original plan for 2028. NASA, on the other side, is far behind meeting all the requirements, as the agency is over-budget and falling behind with the mission.

The first flight of SLS was supposed to occur in 2017, but according to NASA Administrator Jim Bridenstine, the rocket is unlikely to fly before at least late 2021. ‘NASA has not been good at setting realistic budget and schedules, and we need to get better at that,’ admitted Bridenstine.

NASA relies on a list of private contractors, with Boeing and Lockheed Martin as the most regular partners among them. The price tag of the whole program is more than $50 billion, and it will cost American taxpayers $6-8 billion annually, according to experts.

In July, Vice President Mike Pence told CBS that the government can turn to other providers if NASA's ‘traditional’ contractors cannot deliver. The SLS ‘is behind schedule, and it's over budget,’ Pence says.

President Trump is a big fan of the private space companies, praising them for the development of reusable rockets. ‘They’re saving a lot of the most important and expensive parts of the rocket,’ says the US president about major American space companies like Blue Origin and SpaceX.

'So I see Jeff Bezos and Elon Musk, they’re putting rockets up. I think it’s great,' Trump says, referring to a launch of the Falcon Heavy rocket in April.

Now, the President has a chance to prove his love for the private firms.

According to POLITICO, former Republican Speaker of the House Newt Gingrich is trying convince the Trump administration to hold a contest for the first company to achieve a crewed Moon landing. The proposal is set to offer an incentive for major private players whose own lunar missions are already under development. A winner will receive a total prize of $2 billion,  and though those funds won’t be enough to cover all the expenses for a Moon landing, it could still be a push forward for the firms.

According to professor Greg Autry from University of Southern California, who served on Trump's NASA transition team, the contest would not supplant the Artemis Program, but should be considered as a back-up plan.

’In the past, putting permanent housing on the moon has been estimated to cost between $50 billion and $500 billion,’ the proposal reads. ‘But several private companies have developed moon programs on their own dime. So we are now in a position to buy transportation and housing from private American companies. At an unbelievable drop in cost.’

Who would be capable to send a crewed mission to the Moon? First prize would probably go to Elon Musk or Jeff Bezos.

Previously this year, Muskclaimed that his company could conduct an uncrewed landing on the Moon by the end of 2021 using Starship, SpaceX’s planned reusable vehicle. According to the SpaceX CEO, after a successful uncrewed landing, it wouldn’t take long to send humans there.

As for Blue Origin, a new lunar lander spacecraft designed by the company aims to take equipment and crew to the Moon by 2024. Bezosstated that the reusable Blue Moon vehicle would be able to meet Trump's deadline, as the company has been working on its development since 2016.

A known analog of the proposal was the Google Lunar X Prize, a space competition that lasted more than a decade in which privately funded teams worked to land a robotic spacecraft on the moon. However, the $30 million contest ended in 2018 with no winner. Could the government-held contest be as disappointing? We will see.

Scientists Look for Ways to Clean up Radiation in Space

SpaceX’s IPO as Far Away as its Mars landing