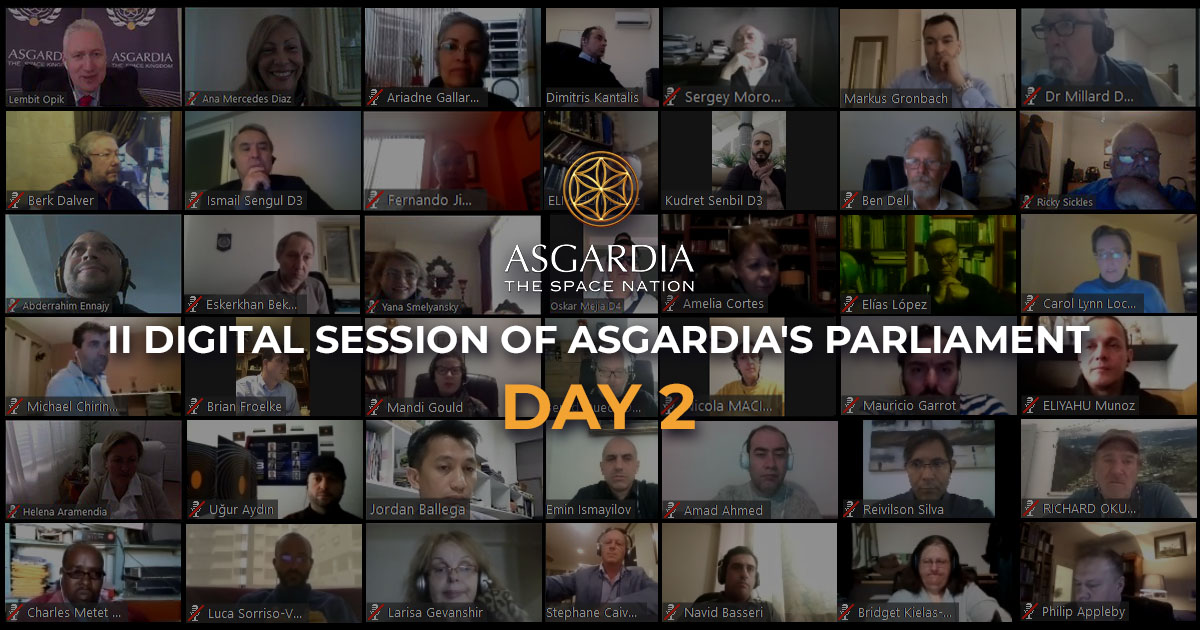 This Friday, MPs extensively covered the Session’s Agenda in talks that lasted more than 8 hours, marking the second and longest meeting of this Parliament Session, lead by Parliament Chair Lembit Opik. Key issues discussed during the meeting were the project of the budget, Ministers’ approval, citizenship projects and more.

This session, MPs are set to vote on Asgardia’s budget for the first time. Its overall framework and specific funds allocation will be accepted separately.

For the first time in Asgardian history, parliament committees made their presentations to the Parliament, including the Citizenship Committee and Safety and Security Committee, as well as presentations on financial projects.

MPs discussed possible social programs for citizens, including employment and education initiatives, and agreed to continue the discussion in future sessions to work on developing according legislature.

Plans for upcoming Parliament Sessions were a hot topic during this Friday’s meeting — MPs looked into the possibility of organising open voting in the future.

In another historical event, Head of the Government Ana Mercedes Diaz addressed the Parliament for the first time and answered questions from the MPs live.

Ministers waiting for the Parliament’s approval addressed the MPs as well.