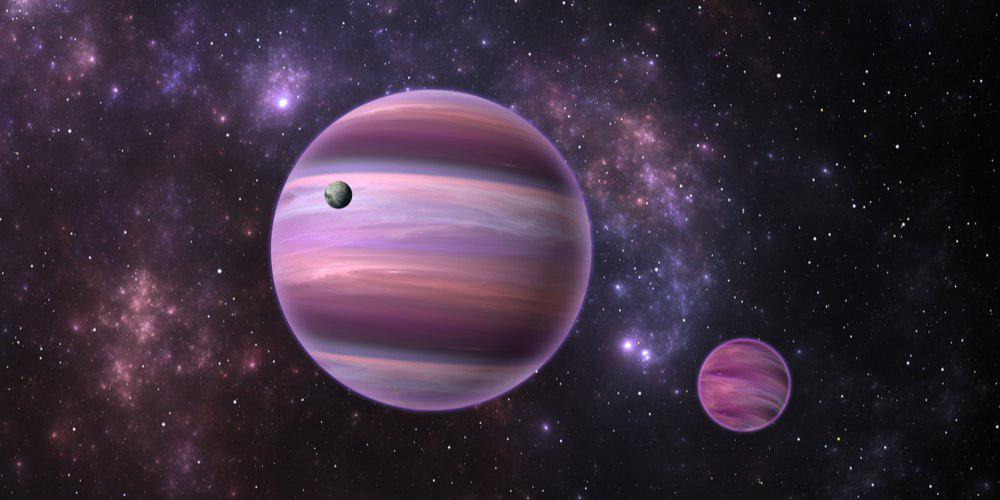 Usually planet-forming disks of material orbit around the equators of stars, but now scientists have found that these rings can go drastically awry and encircle the poles of stars instead.

The new study proposes that worlds could exist with polar orbits around pairs of stars, possibly leading to seasons that are incredibly different from Earth’s.

Stars are formed within clouds of gas and dust. The gravitational pull of each star draws this kind of material into spiralling orbits around it. Even though clumps of this cloud start off moving in random directions at random speeds, as the cloud collapses, the clusters crash and merge. Over time the result is a flattened disk known as a protoplanetary disk that typically spins in the same direction as its star and surrounds the star’s equator. The planets that emerge from this type of a disk also usually orbit around the star’s equator, as is the case with the worlds of our solar system.

Earlier work discovered that protoplanetary disks surround almost all young stars at first. In the case of protoplanetary disks around single stars, at least a third go on to form planets, according to Grant Kennedy, the lead study author and an astronomer at the University of Warwick in England.

But, computer simulations have previously suggested that after protoplanetary disks have formed, any extra material they gather can knock them off-kilter. This could be the reason why astronomers have spotted exoplanets with relatively crooked orbits around stars.

Currently, Kennedy and his team have identified the first example of a misaligned circumbinary protoplanetary disk. Kennedy told Space.com that it’s one of those examples where nature is more creative than they expect.

The scientists looked at the quadruple-star system HD 98800, situated approximately 146 light-years from our planet. In a statement study co-author Daniel Price of Monash University in Australia explained that if planets were born here, there would be four suns in the sky.

Using the Atacama Large Millimeter/submillimeter Array (ALMA), a large radio observatory in Chile, the astronomers took high-resolution photos of the protoplanetary disk around two of the four stars. This ring is around the same diameter as the solar system’s asteroid belt. (The other two stars sit outside the disk; the two pairs of stars orbit each other.)

Earlier research confirmed the way in which these binary stars orbited one another. The new study found that the protoplanetary disk around these stars orbited around their poles, similar to a Ferris wheel with a carousel at its center.

Kennedy explained that he wasn’t expecting the data to reveal a polar configuration. Based on previous results, he had made all these predictions of complicated warped structures, but they turned out to be entirely incorrect. The result is actually much simpler and more compelling.

This new data proposes that circumbinary planets in polar configurations could be more common than previously assumed, according to Kennedy. Since the disks exist, why shouldn’t the planets? He said.

The experts also noted that if a planet ever developed from the newfound protoplanetary disk, then from the surface of this world, the disk would be similar to a thick band rising almost straight up from the horizon. The pair of stars the planet orbited would seem to move in and out of the plane of the disk, causing the items on the world’s surfaces to have two shadows at times.

Kennedy also stated that this kind of a planet could also experience unusual seasons, explaining that on Earth, the seasons are a result of the tilt of the Earth’s axis, which causes the amount of daylight each hemisphere receives daily to grow or shrink over the course of the year, and this influences how warm or cold they are.

With any planet evolving in HD 98800, axial tilt is not the only possible factor underscoring seasonal changes. Kennedy concluded that the stars would also change their height in the sky as they orbit each other and depending on the season, there would sometimes be two suns during the day, and sometimes only one.

The scientists published their findings online on Jan. 14 in the journal Nature Astronomy.