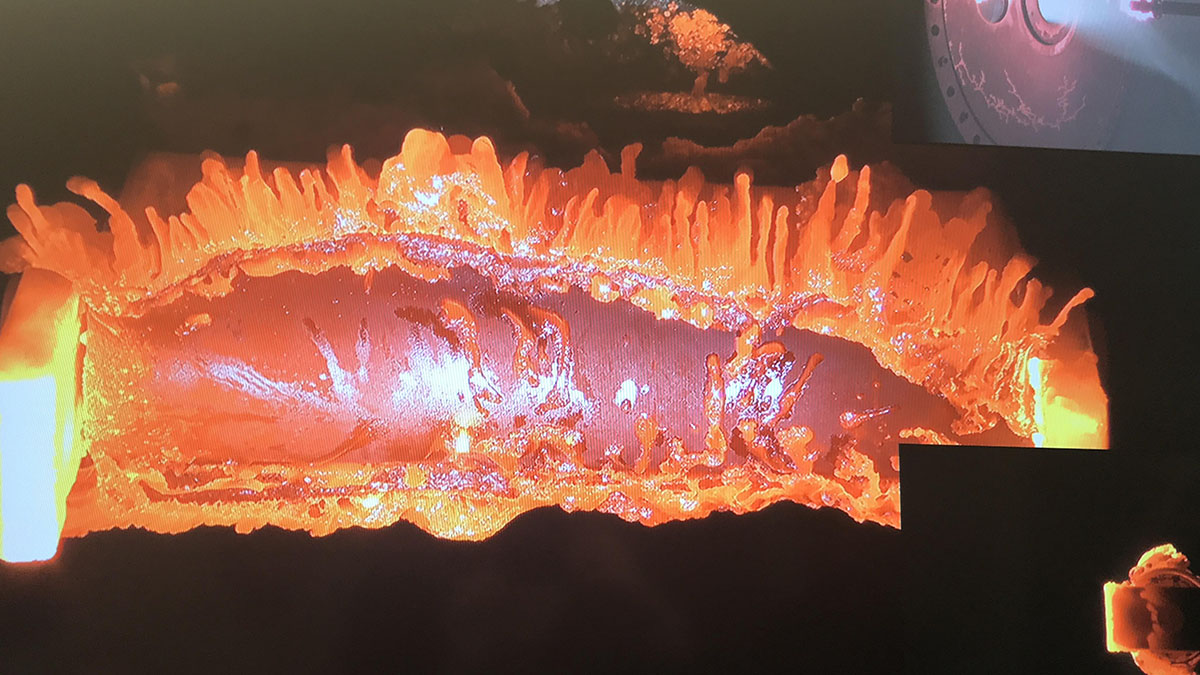 ESA conducted a unique satellite melting experiment. The idea was to model the satellite reentry back to the atmosphere. The scientists wanted to make sure the way parts of the equipment come back to Earth is not a hazard for humans

The DLR German Aerospace Center’s researchers in Cologne put one of the densest parts of an Earth-orbiting satellite, a 4x10 cm magnetotorquer section, into a plasma wind tunnel and melted it into vapor. The piece ended up heating up to several thousand degrees Celsius.

The engineers observed both similarities and certain discrepancies with their original predictions. Theoretically, pieces of space equipment are supposed to fully burn up making their way through the atmosphere. In fact, some hardware makes it all the way down, its chunks being big enough to cause serious damage as they land.

One of the most shocking incidents was witnessed by a Texan couple back in 1997: the Gutowski were woken up by a huge object falling just some 50 m away from their property. The big item resembling a “dead rhino” turned out to be a 250-kg fuel tank from a rocket stage.

Later on, CleanSat emerged as part of ESA’s effort to address the issue and prevent anything like that happening in the future: this program’s purpose is to ensure the compliance of the low-orbiting satellites with the “D4D” model - design for demise.

Previous research had successfully identified specific satellite parts that are most likely to endure the reentry: pressure and propellant tanks, optical tools and spinning gyroscopes. What aggravates things is the fragmentation of space debris into smaller pieces: the more intense it is, the higher the risk of injury.

The experiment held by the international team of Belstead Reasearch, DLR and LusoSpace provided invaluable data on the way satellite parts made of carbon fibre, copper and iron behave on their way back to Earth and allowed to estimate the level of human safety.