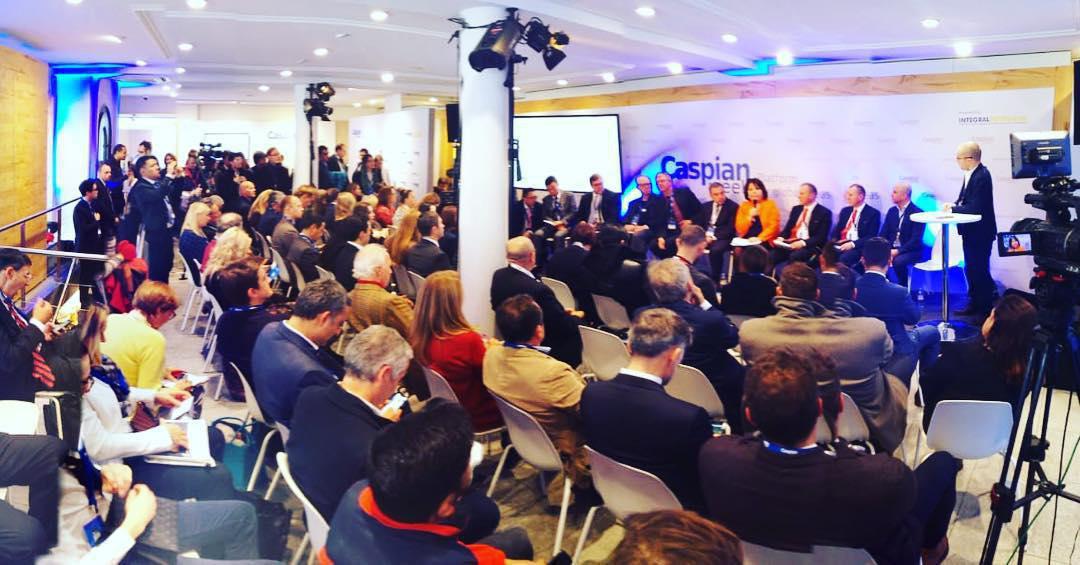 On 22 January in Davos, Switzerland, the Asgardian representatives have introduced the First Space Nation at two sessions - economic and cultural at the Caspian Week Conference 2019. The economic session for Asgardia was opened with a welcome speech by a special representative of the Head of Nation Dr. Igor Ashurbeyli.

“The population of Asgardia as of today exceeds 1 million Earthlings who reside in more than 200 countries all over the globe. Asgardia’s motto is: One humanity – one unity.
Asgardia’s main mission is the birth of the first human in space. Such an event will be symbolic of humanity’s eternal existence”, said the special representative of the Head of Nation of Asgardia Ruslan Ashurbeyli.

“Asgardia is the only Nation focused on networking cooperation and digital economy. It is a digital society connecting people who either already currently, or plan to in the near future, conduct their economic affairs both in the digital and non-digital formats”, said Mr. Leon Shpilsky.

Speaking to the attendees at cultural session, Ms. Irina Nikitina, Chair of Asgardia's Parliamentary Culture Committee, explained why she had chosen to become a part of the Space Nation.

“Why am I involved in Asgardia? Because it is something that has no borders: no national borders, no religious borders, no borders at all. You know that you are quite free. And you can choose this country, this new kind of freedom”, explained Ms.Nikitina.

The Caspian Week Conference is a meeting of global leaders, visionaries and experts. The Conference is held for the third time since the year 2017. The theme of the first event was the investment opportunities of the Caspian region. There were more than 500 participants who has discussed the potential of the region and possible difficulties, as well as practical steps for the future. In 2018, the number of participants rose to 1300 and discussions focused on the future of new technologies, especially blockchain based applications in the commercial and non-commercial fields.

Among the honored guests of the 2019 conference are representatives of UNESCO and the United Nations Environment Organization (UNEA) - Secretariat of the Tehran Convention, Minister of National Economy of the Republic of Kazakhstan.