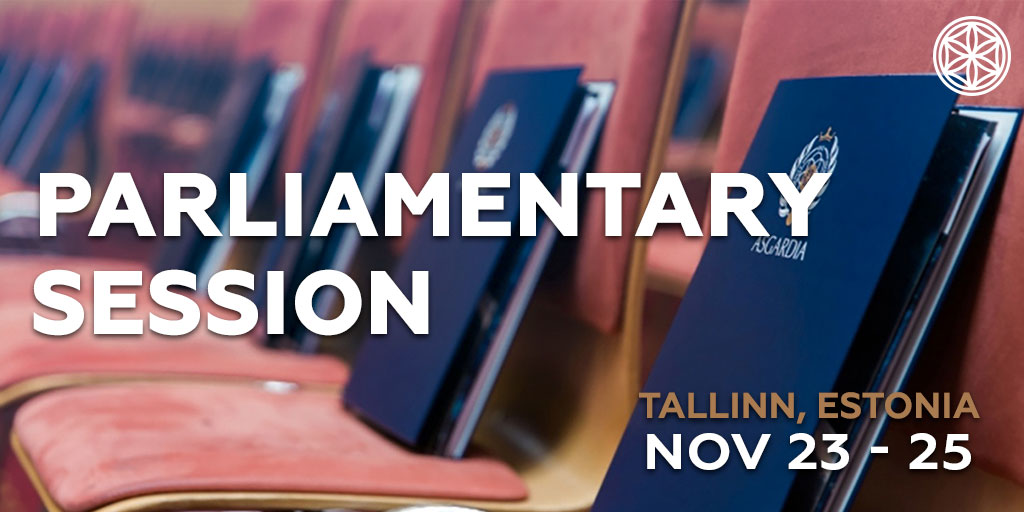 November 23-25, Asgardian legislative and executive reps will meet in Tallinn, Estonia's capital, for a Parliamentary Session, with the Head of Nation Dr Igor Ashurbeyli, AMP's, Asgardian Ministers and Mayors all in attendance together for the first time. The event will focus on creating an economic system that will have space exploration at its heart

The Parliamentary Session will vote on the Asgardian Citizens’ Bill of Rights and State and Private Civil Service Act.

Estonia's inspiring approach to developing its digital economy has motivated Asgardia to create the world's first-ever digital sole national currency, the Solar, as well as to shape a national economy adapted to flourish in the context of our digital era.

In this light, AMPs will also hold a debate on proposed National Currency and National Bank laws, see a presentation on economic development, and discuss the Space Digital Library proposal.

'Currently, space is a lawless entity. Laws and agreements established back in the 1960s have recently been ignored by world leaders aiming to pick space apart and use it for their own purposes. Asgardia wants to make sure that global conflicts do not migrate to space, and neither do the borders of nation states. With only 20 nations enjoying access to space at present, we fear that the other 200 countries of the world are being discriminated against, and, therefore, kept out of space. Asgardia seeks to create a unique society for all the world's peoples and nations where they will be able to live in unity, harmony, and prosperity. It is true that at this moment in time, we are too small to speak up to global superpowers. However, we hope that, for now, we can work towards bilateral agreements with many different nation states, winning ourselves a number of international allies,' says Dr Ashurbeyli.

Head of Asgardia’s GovernmentAna Mercedes Diaz comments on the importance of the Parliamentary sitting in Tallinn: 'Getting into space is expensive, costing dozens of millions of dollars to send a single satellite. The International Space Station has a $150 billion construction bill. But space is also a new frontier with potentially infinite resources and room for everyone. Asgardia hopes to raise millions in the coming years through economic activities, aiming to use the physical sitting in Tallinn to lead the creation of private enterprise ventures in Asgardia's digital economy which will mean Asgardians will be able to buy real goods and services from each other.'

'Asgardia is going to be a nation of the future. It's a nation that will be space-based one day — as a result, it’s important that not only do we build a robust economic model, but that we build an economy that can work as well, or even better, in space as it does on earth. And I know we can do it. Now, Asgardia looks to take the next step in its development and create a space-minded economy that will be able to generate the funds that it needs to achieve its goals which include the creation of a settlement on the moon, Space Arks and a constellation of satellites.'

It is noteworthy to say that the upcoming Parliamentary Session will be held at the Öpiku Conference Centre named in honor of Lembit Öpik's grandfather.