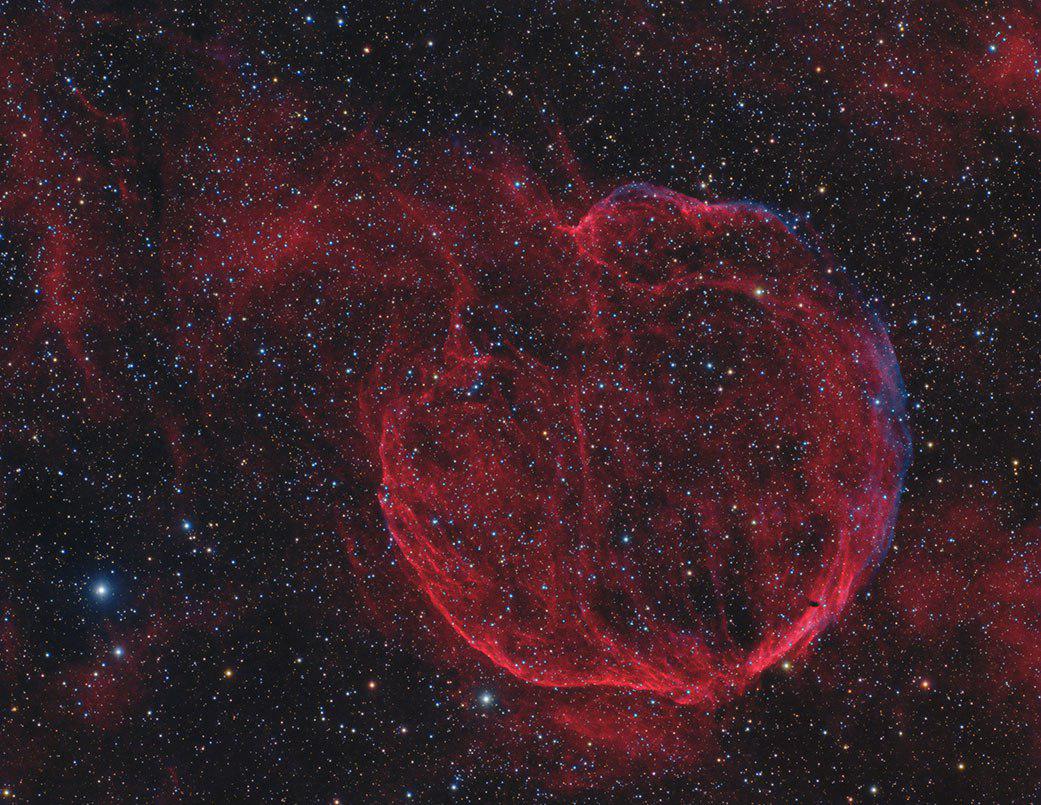 What can travel between Earth and the moon in just six minutes? A pulsar recently spotted by astronomers using NASA’s Fermi Gamma-ray Space Telescope and the National Science Foundation’s Karl G. Jansky Very Large Array (VLA). Pulsars are superdense, rapidly rotating neutron stars that emit a beam of electromagnetic radiation and are created when a massive star explodes

This particular pulsar, called PSR J0002+6216 (or J0002 for short) and traveling at 4 million kilometers per hour, is emitting a trail that points toward the expanding debris of a recent supernova explosion.

“Thanks to its narrow dart-like tail and a fortuitous viewing angle, we can trace this pulsar straight back to its birthplace,” said Frank Schinzel, a scientist at the National Radio Astronomy Observatory (NRAO). “Further study of this object will help us better understand how these explosions are able to ‘kick’ neutron stars to such high speed.”

Schinzel, together with Matthew Kerr at the US Naval Research Laboratory in Washington, and NRAO scientists Dale Frail, Urvashi Rau and Sanjay Bhatnagar, submitted their results for publication in The Astrophysical Journal Letters and presented their discovery at the High Energy Astrophysics Division meeting of the American Astronomical Society.

Pulsar J0002 was initially discovered in 2017 by Einstein@Home, a citizen-science project, in which volunteers allow their computers to process Fermi gamma-ray data. With collective computer processing time exceeding 10,000 years, Einstein@Home has identified 23 gamma-ray pulsars so far.

J0002 is located approximately 6,500 light-years away in the constellation Cassiopeia. Because J0002 moves quickly through interstellar gas, it produces a tail of magnetic energy and accelerated particles. The VLA can detect these at radio wavelengths. The tail, which extends for 13 light-years, points back to the center of CTB 1.

Their findings support the theory that J0002 blasted off from the supernova responsible for CTB 1 about 10,000 years ago. It is currently blasting through space at five times the speed of an average pulsar, and faster than most – 99 percent, in fact – of pulsars with measured speeds. Eventually, J0002 will escape the Milky Way galaxy.

When the massive star first exploded, the expanding debris initially moved outward at speeds faster than that of J0002, but over thousands of years later, the interstellar gas produced a drag to slow down those speeds. At the same time, the pulsar, moving like a cannonball, steadily moved away from the remnant, escaping it 5,000 after the supernova explosion.

Scientists do not know precisely how the pulsar was able to achieve such a high speed. One explanation focuses on the instability of a supernova explosion forming a gravitation tugboat – a region of dense, slow-moving matter that accelerates the newly formed neutron star toward it.