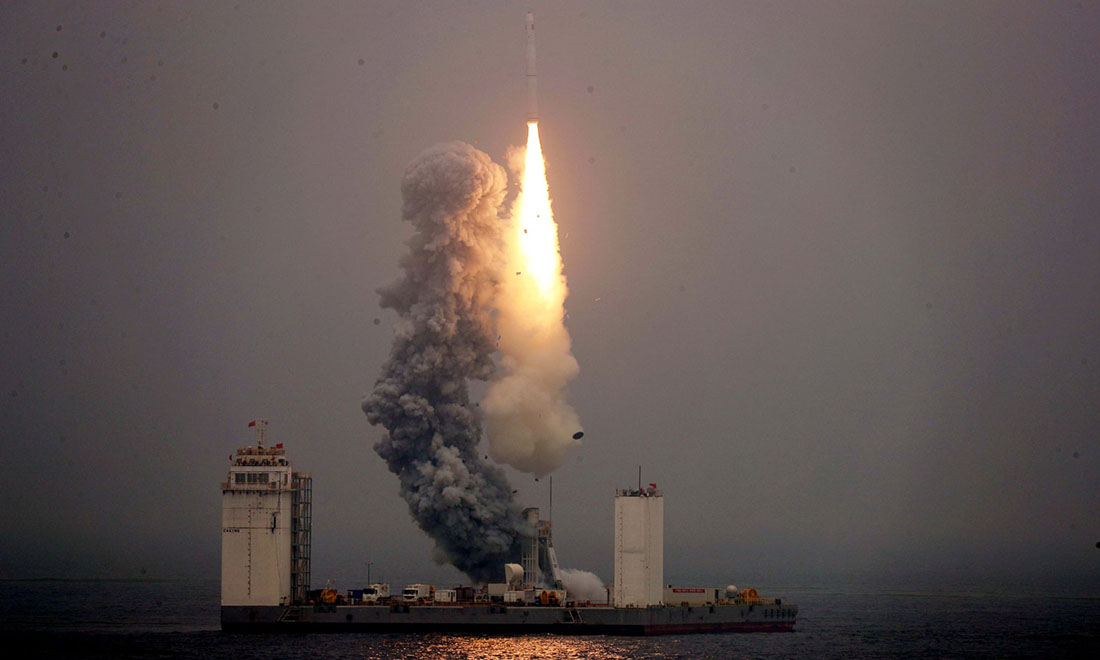 Having launched seven satellites - five commercial and two carrying test equipment – from a mobile platform at sea for the first time in its history, China joins the ranks with the USA and Russia in a pioneering approach

China’s space programme has been developing at a fast pace since its first crewed mission in 2003. However, last year it was in a way encumbered by the Long March 5 rocket's failed launch.

Today, having performed its first Sea Launch mission with Long March 11, launching spacecraft off a boat for the first time on its own history, it became the third country in the world after the US and Russia to employ its own technology, which, as space scientists explain, is especially valuable when it comes to launching low-inclination satellites.

With two space stations in orbit already, the country plans to launch a Mars rover in mid-2020s.

Sea launches are advantageous as the allow a closer proximity to the equator, and take less fuel for reaching orbit, thus decreasing all launch-related expenses; besides, this way the craft won't be exposed to danger from falling pieces of rocks as it starts.

The Long March 11 took off a private ship's launch pad in the Yellow Sea by the Shandong province coast.