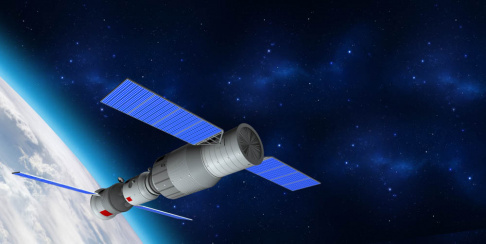 China that last sent people to space back in 2016 hasn't been idle. Its manned space program's main designer Zhou Jianping said this weekend that by 2022 China will have a 100-tonne space station suitable for 3 astronauts to work and live, up and running. The station, he added, will be technically adjustable for further expansion

The space station designed to become the nation's chief space research platform will be well-suited for long scientific missions, ensuring protection of health, and personal safety, of the people aboard, while a space laboratory will provide them with the latest technological developments for successful work.

'The main goal of the construction of the space station is to enable China to become a country independently mastering the technology for long-term manned flight in near-Earth space,' Zhou explained as he talked of the project at the 4th China Summit Forum on Human Factors Engineering at the Sun Yat-sen University in the Guangdong Province in the South of China on November 16 and 17.

The station will present excellent opportunities for long-duration near-Earth scientific work, along with the utilization of space resources, he added.

Back in 2016, Zhou said that the expected operational lifespan of China's space station will be about ten years, which is short compared with Mir's fifteen years and the currently functioning ISS launched in 1998, which, if, as planned, serves until 2024, will have been active for 26 years at the time.

2016 was the year that last saw Chinese astronauts in space, working aboard the Tiangong-2 orbital lab for 33 days. Its predecessor Tiangong-1 prototype station might have had bad luck, but all of the work done has constituted preparatory steps for putting the Chinese Space Station in orbit, to provide Chinese astronauts and scientists, as well as their international colleagues, with new space research opportunities.