Clouds Over Mars May Affect Weather Even Beyond the Planet 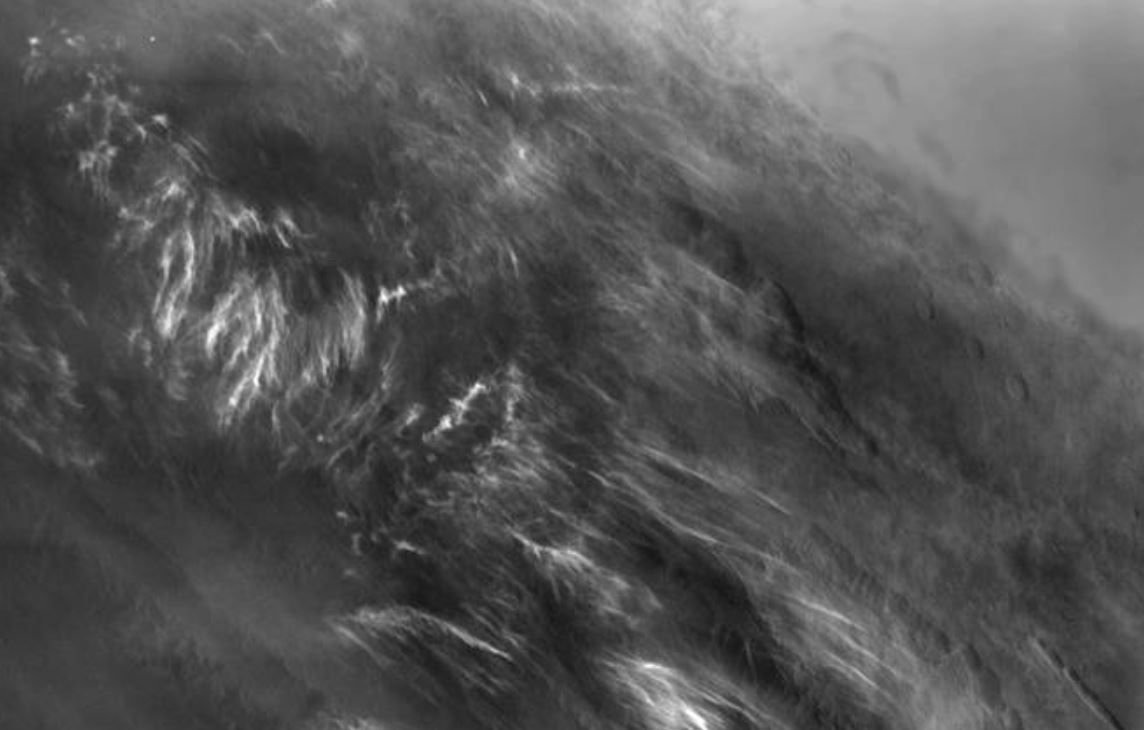 Rovers like the Mars Pathfinder captured images of blue ice clouds floating at a height of approximately 30 to 60 kilometres above the planet's surface years ago, but even today, astronomers can’t fully explain this phenomenon produced by Mars’ atmosphere all year round

For a cloud to form, airborne ice or water molecules require something solid to condense onto like a piece of sea salt or some dust in the wind. For a long time scientists were inclined to believe that the blue clouds were formed by fragments of surface dust that got into Mars’ atmosphere -  but a new study published in Nature Geoscience says pulverized meteorites are most likely the cause.

According to the paper, 2 to 3 tons of meteorites crash into the Red Planet’s atmosphere and fall apart every day, resulting in dust also known as "meteoric smoke," which might be enough to turn amounts of water vapour in the atmosphere into delicate icy clouds.

Multiple computer simulations of particles flowing through Mars’ atmosphere were held to see if this meteorite-based hypothesis was true. The researchers have found that clouds formed at the right altitudes only when meteorites released enough dust into the sky, and when there were no meteors, there were no clouds either.

The study’s lead author, a graduate student at the University of Colorado, Department of Atmospheric and Ocean Sciences Victoria Hartwick said in a statement, "We're used to thinking of Earth, Mars, and other bodies as these really self-contained planets that determine their own climates but climate isn't independent of the surrounding solar system."

The research also found that the blue ice clouds over the planet Mars had a significant effect on its climate. During certain times of the year, ice clouds in the sky above the Red Planet raised temperatures by up to 10‎°C in the upper atmosphere, as the model predicted. If that's true, then tiny specks of dust from other planets could have a considerable effect on weather not just on Mars, but also on Earth.