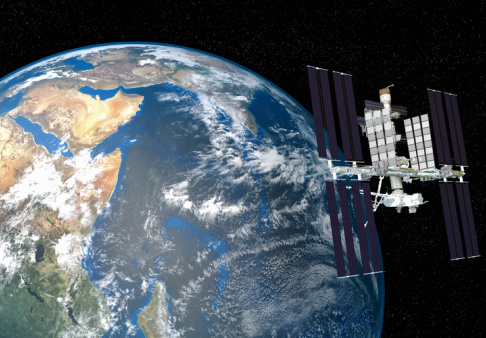 It wasn’t so long ago – in 1967, in fact – that the laws for conduct in space had been written. However, because the industry continually changes, drastically and rapidly, the law needs to follow suit

The main governing piece of legislation is the 1967 Outer Space Treaty, which prohibits national sovereignty in space and supports the scientific exploration of outer space for the benefit of all nations. The treaty prohibits weaponizing space and makes it abundantly clear that outer space is to be used only for peaceful purposes.

The problem is that space has never been used for peaceful purposes. The launch of Sputnik, the first-ever satellite, was a military event, and one that set off the Cold War. Since then, militaries from many nations have used space for military communications and intelligence, imaging and targeting, arms control verification and more.

Not that there haven’t been peaceful uses: environmental monitoring and weather prediction, broadcast communications and the internet, navigation and solar flare activity monitoring – all of these were also developed.

Other space agreements exist, such as those covering the registration of satellites, liability for damage caused by space objects, and the rescue of astronauts. The 1979 Moon Treaty governs activities on the moon, as well as other planets, moons and asteroids. In 2018, the UN Committee on the Peaceful Uses of Outer Space (COPUOS) in Vienna adopted guidelines on sustainability in space and the space debris problem.

In the meantime, the use of space continues to evolve – and rapidly, at that. New satellites – launched not only by governments but by the commercial sector players – go up by the hundreds. The invention of the cubesat has shifted the cost-benefit for use of satellites for non-governmental players. At the same time, a number of companies in the private sector have been registered to begin the exploitation of asteroids for precious metals and compounds.

What does this mean from a legal standpoint? The current governing treaty does not allow for ownership of a celestial body. However, it’s unclear what that means when it comes to the exploitation of celestial bodies by private companies. Space lawyers seem to think companies are exempt from the treaty, and Luxemburg and Australia are registering interest of space-mining companies.

As humanity increasingly depends on space to generate and transmit information, the cyberattacks increase as well, along with the issues of spectrum availability and rights that need to be addressed by the International Telecommunication Union (ITU). Cyberweapons also enter into the equation – some countries are using or planning to use defensive space weaponry to protect their satellites – presumably against space debris. Who is to stop them from being used as offensive weapons? No rules are currently in place to address these issues.

In fact, attempts to make rules have failed, and the current space law is too far behind. To create an effective set of guidelines, major space players will have to come to the table: Russia, the US, China, India and Europe – which seems unlikely in the current political climate. Nonetheless, players will have to address issues such as space debris cleanup, proximity rules for satellites, the non-interference principle and cybersecurity. Countries should work with the Office for Outer Space Affairs, COPOUS and the ITU, and private sector companies should also join the conversation about regulating conduct in space.