Get Your Checkbooks: Crew Dragon and Starliner Seat Prices Released for the First Time 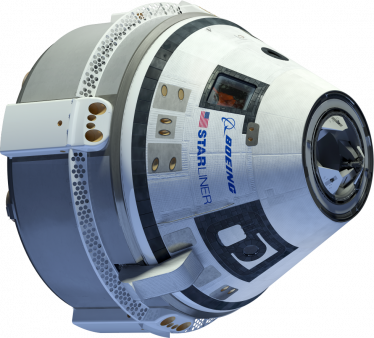 NASA’s Office of Inspector General issued a report yesterday on the commercial crew program (CCP), detailing concerns regarding technical issues and issuing recommendations for moving forward. The most interesting part of the report is the costs – and in particular, the vast difference in the pricing of Boeing’s Starliner seat and SpaceX’s Crew Dragon seat. This is the first time ever the prices for the seats have been published

To date, Boeing has received $4.82 billion from NASA for the development of a commercial crew program (ССР). That’s far more than SpaceX, which has received $3.14 billion. Now, the prices per seat have been published: Starliner will charge $90 million, while the Crew Dragon will charge $50 million. That is, Boeing’s pricing is 60% higher than that for SpaceX. Both companies plan to launch four astronauts at a time to the International Space Station.

Notably, the per-seat cost proposed by Boeing is more expensive than Russia’s Soyuz seats– NASA has paid Roscosmos an average of $55.4 million per seat, although since 2017, the average cost has been about $80 million.

Inspector General Paul Martin found that Boeing proposed pricing using a single 2016 mission price, which was significantly higher than the price the aerospace company and NASA had agreed upon previously. NASA’s Office of Procurement responded by saying that the price was ‘not consistent’ with the contract terms.

Not to mention that Boeing has asked for and received additional funding from NASA, in addition to the hefty award. ‘We found that NASA agreed to pay an additional $287.2 million above Boeing’s fixed prices to mitigate a perceived 18-month gap in ISS flights anticipated in 2019 and to ensure the contractor continued as a second commercial crew provider, without offering similar opportunities to SpaceX,’ the report states. Boeing asked for that money to fund an additional four missions that are tentatively scheduled to fly in the early 2020s.

Even more surprising is that NASA officials possibly agreed to the additional funding so as to prevent Boeing from backing out of the commercial crew program. ‘According to several NASA officials, a significant consideration for paying Boeing such a premium was to ensure the contractor continued as a second crew transportation provider. CCP officials cited NASA’s guidance to maintain two US commercial crew providers to ensure redundancy in crew transportation as part of the rationale for approving the purchase of all four missions at higher prices,’ Martin wrote.

Ars Technica spoke to Boeing spokesperson Josh Barrett, who denied that Boeing threatened to back out: ‘Boeing has made significant investments in the commercial crew program, and we are fully committed to flying the CST-100 Starliner and keeping the International Space Station fully crewed and operational,’ he said.

Not only did NASA agree to provide extra funding to Boeing, it also did not offer a similar payment to SpaceX. Nor did it notify SpaceX of ‘an opportunity to propose similar capabilities that could have resulted in less cost or broader mission flexibilities,’ Martin wrote.

The bottom line: even though the relationship between NASA and Boeing raises some eyebrows, both Boeing and SpaceX are expected to proceed with the program, which currently means more testing, including launching a crewed mission to the ISS. The exact timing remains unclear, the report says: ‘Boeing and SpaceX continue to experience delays in test flights and final certification as a result of design weaknesses discovered during testing, making it difficult for NASA to predict the amount of remaining work needed to ensure safe and reliable crew transportation.’