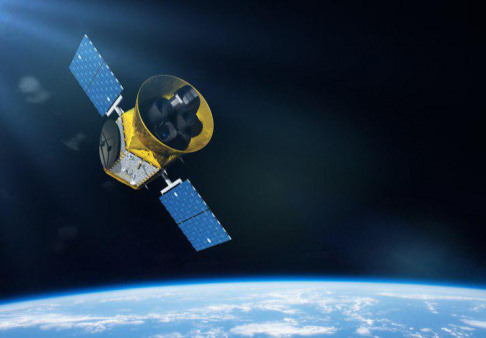 The galaxy hosts many small planets, some about the Earth’s size, and others, two to four times bigger. However, experts have found that planets between one and a half to two of our planet’s size are rare.

The gap is called “the Fulton gap” after the main author of the paper that who discovered it while analyzing the findings of the Kepler Space Telescope that studied exoplanets for almost ten years before TESS took over. TESS has not yet found enough planets to confirm or deny the Fulton gap, but the trend continues, and astronomers don’t expect that gap to go away.

Diana Dragomir, an astronomer from MIT working with data collected by TESS, led the team that published a paper in the Astrophysical Journal Letters. They found a star system home to two planets on either side of the gap. One is a “mini-Neptune” measuring approximately 2.6 times the Earth’s radius, and the other is a small planet roughly 90 percent as big as the Earth. That small planet is the first to come close to the size of the Earth that TESS has found.

Ms Dragomir explained that this gap in size could shed light on potential rules when it comes to how planets form, and what happens to them early on. Experts are looking at a planet’s atmosphere since the atmosphere can make up a large part of a planet’s radius. For example, Dragomir said it’s possible that there’s a reverse-Goldilocks situation where medium-sized rocky planets with atmospheres can’t last.

She said, “you are either going to be big enough to hold on to your atmosphere, or if you are intermediate in size, then you are probably not big enough, and you are going to lose it all pretty quickly. It’s like a tug of war; it’s really hard to stay in the middle.”

However, experts have two more general theories that could explain this gap. Aside from atmosphere loss, Sara Seager, a MIT astronomer and deputy science director for the TESS mission revealed that the gap could be due to planetary genesis as a result of location or composition of the gas and dust left over after the birth of a star. A planet's own cooling process could result in the evaporation of its atmosphere, which is called “core-powered mass loss.”

Scientists realize that smaller worlds seem to orbit close to their host stars, while more massive planets are more distant. Ms Seager explained that the proximity to their stars could be one reason they’re small. There is a probability that they start large, but lose their atmospheres, and, consequently, their mass, to the extreme heat and ultraviolet radiation of their stars.

In fact, experts believe this could have happened to Mars, and even our planet continues to lose some of its hydrogen shell, according to Sara Seager.

Ms Dragomir said, “drawing firm conclusions about which kinds of planets do and don’t form at this point is like looking in 1 percent of the haystack and saying, ‘Oh, there’s no needle.’” Thus, she and her team are waiting for TESS’s long-term observations of planets that orbit their stars at vast distances.