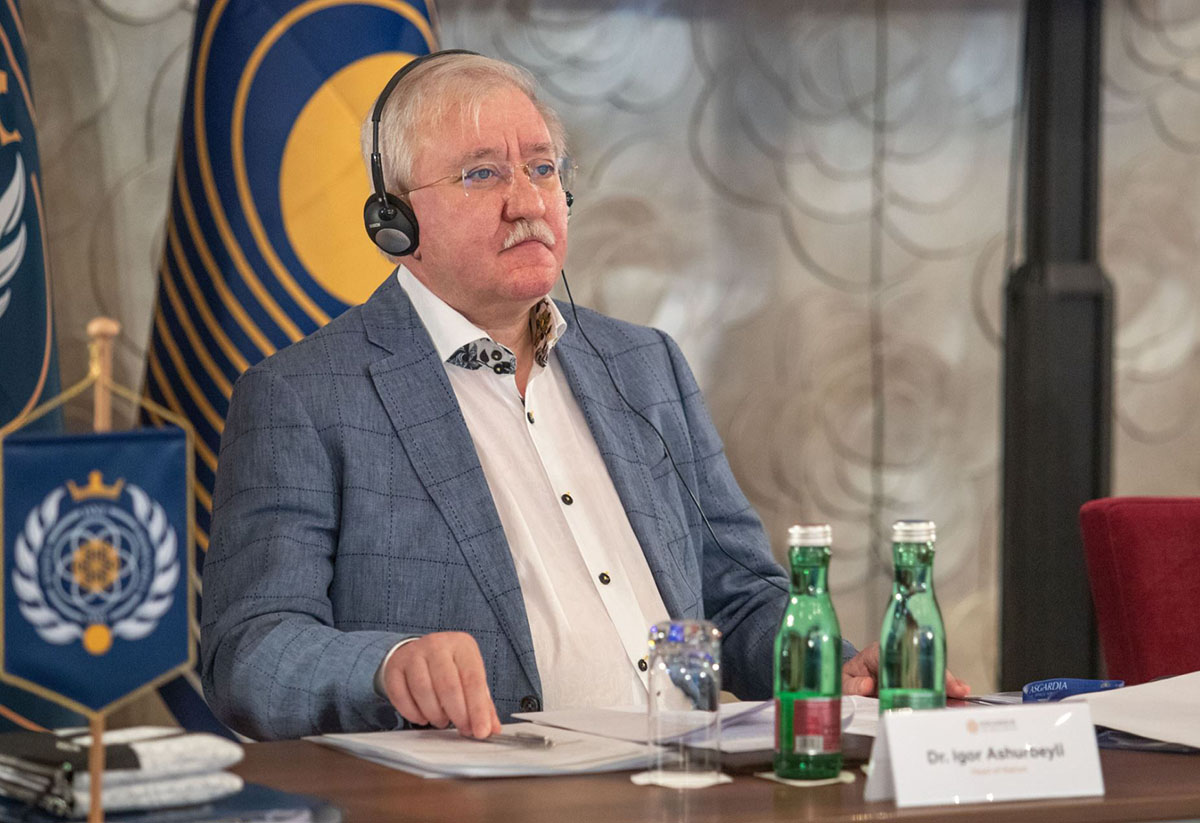 In his greeting note Dr Ashurbeyli focused on the important place of traditions in a nation.

'I am happy that Asgardia is beginning to acquire traditions of its own,' he said.

Those traditions, he went on to explain, are three digital Parliamentary sessions per year, and one physical, that allows the benefit of meeting and communicating in person, and two Executives Congress meetings that bring together the twelve Chairs of the Asgardian Parliament, the twelve Ministers, as well as the heads of Asgardia's three branches of power: legislative, executive, and legal.

The first meeting of the Executives Congress was held in Vienna in April.

'I hope,' Dr Ashurbeyli added, 'that we will establish even more traditions that will bring us all in Asgardia, our entire Nation, to a closer unity.'

The Head of Nation concluded his keynote with ushering in Congress meeting, with Asgardia's own Lembit Öpik, Ana Mercedes Diaz and Yun Zhao making their presentations during the first set, with the second set after the break given to three more speakers.

Then Dr. Ashurbeyli gave the floor to Lembit Öpik who is also in the role of a host on the land of his honorable ancestor in the Congress center that carries his family's name.