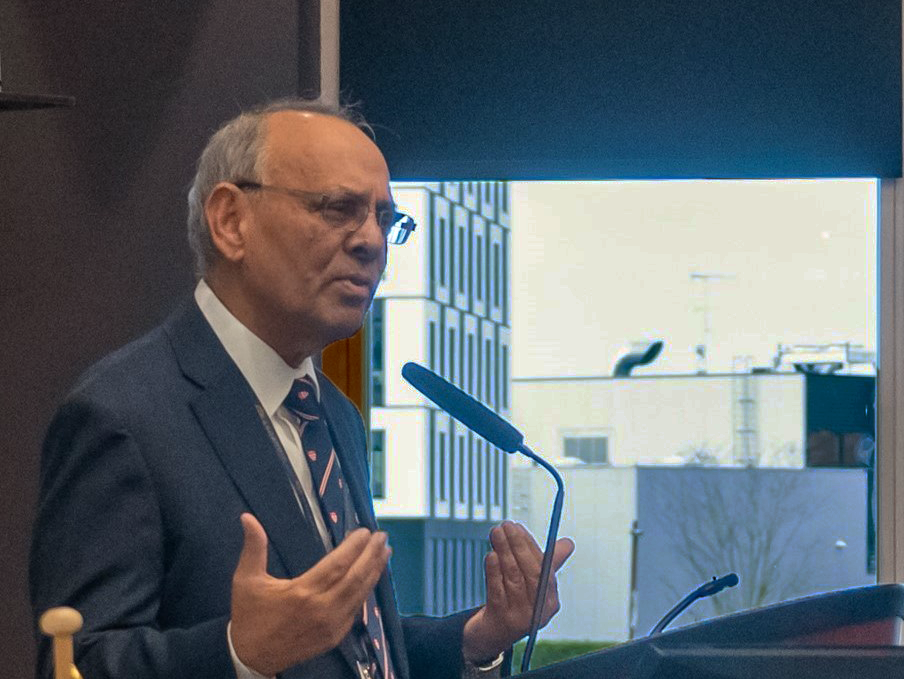 MILAMOS is an international research project that started in 2016 for drafting a manual that would contain an independent and objective clarification of the rules of international law applicable to military uses of outer space.

The motivation that drove such advanced research lies in serious challenges to the sustainability and security of space we are witnessing today.

Today, space is indispensable for our daily lives. Imagine a day without satellites, it would be chaotic. We are witnessing democratization and commercialization of space: there are no two superpowers with sustainable presence in space, over 60 countries have satellites and a growing number of private companies launch their own satellites.

Dr. Jakhu, an expert in his field and the project director, warns that the possibility of conflicts in space is real and increasing every day, therefore the risks of devastating space war must not be underestimated.

The achievement and maintenance of a safe and peaceful outer space environment heavily depends upon the rule of international law.

The rule of law that has been created since the beginning of the space age in the 1960s served humanity well for decades, however, as we move forward, the space governance system needs be further developed, strengthened and expanded.

MILAMOS project aims to facilitate space security through rule of international law. This ambitious project contributes to a future where all space activities are conducted in accordance with the international rules-based global order, without disrupting, and preferably contributing to, the sustainable use of outer space for the benefit of present and future generations of all humanity.

The MILAMOS project has already attracted widespread international attention with its numerous workshops held across the globe.

But the ultimate goal of the project is to produce the McGill Manual, which will be of practical value and use to a range of stakeholders involved in the exploration and use of outer space who desire a clear and neutral identification of the legal issues surrounding military space activities.

A broad spectrum of experts from various institutions in China, Canada, Germany, Brazil, India, Japan, Russia, Israel and other countries have been working towards this goal. According to the project's director, the Manual will be revealed in mid 2020. 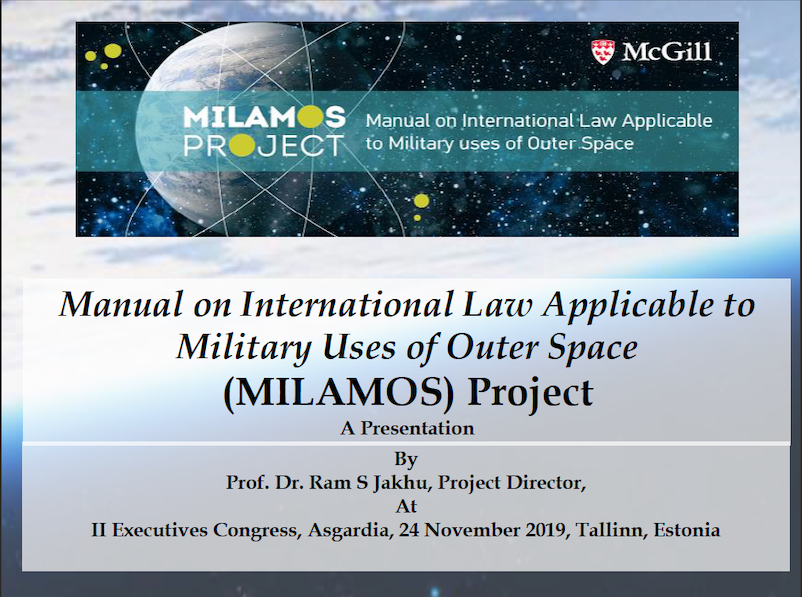 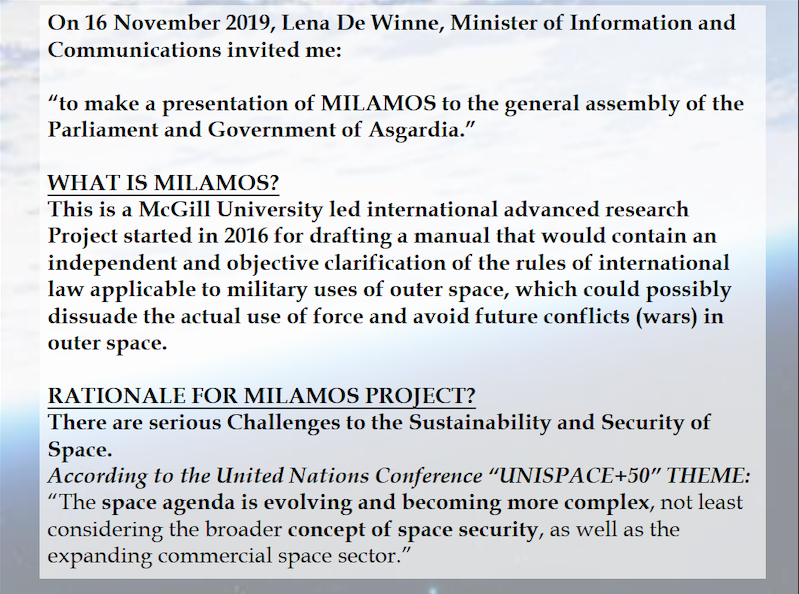 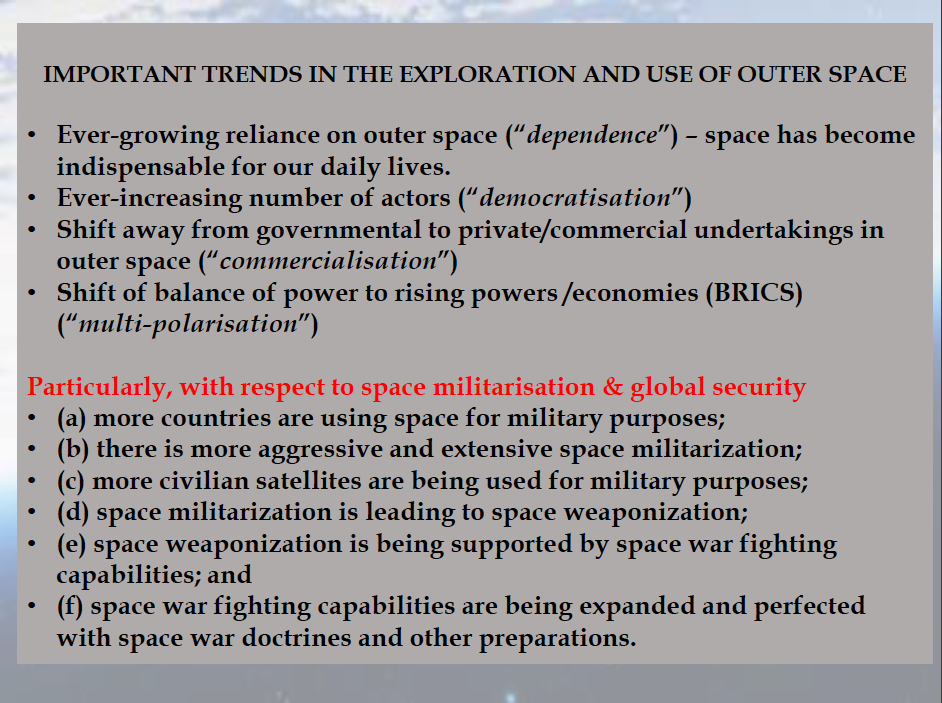 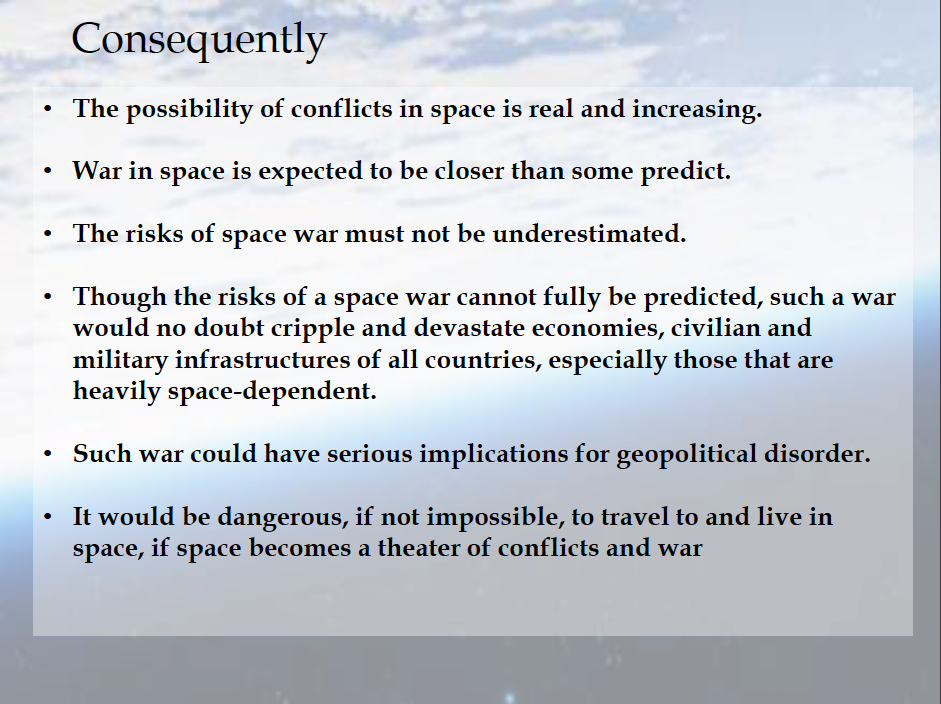 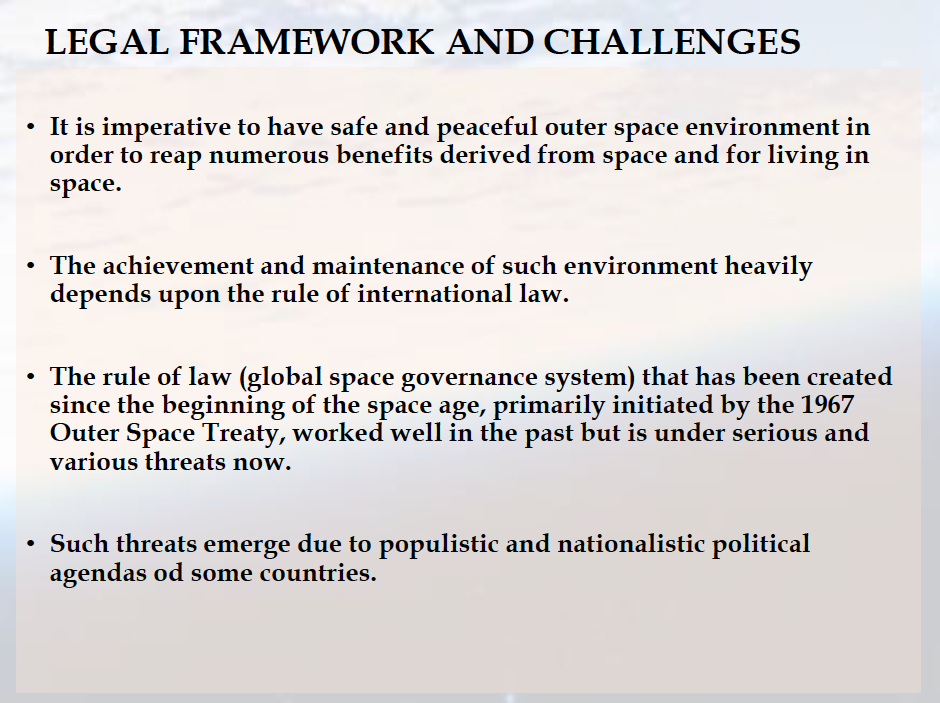 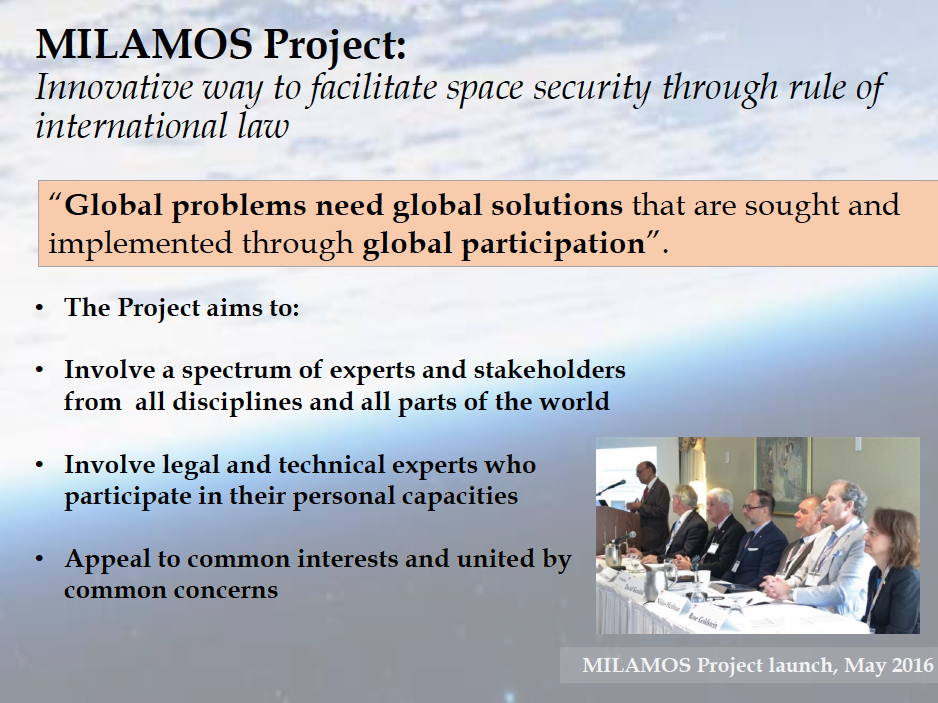 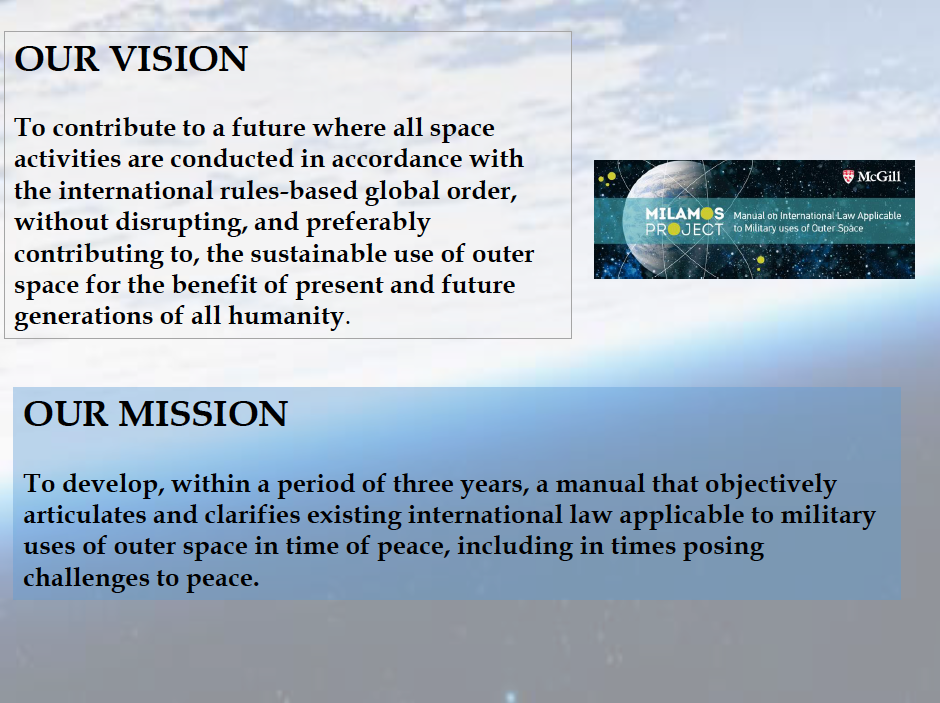 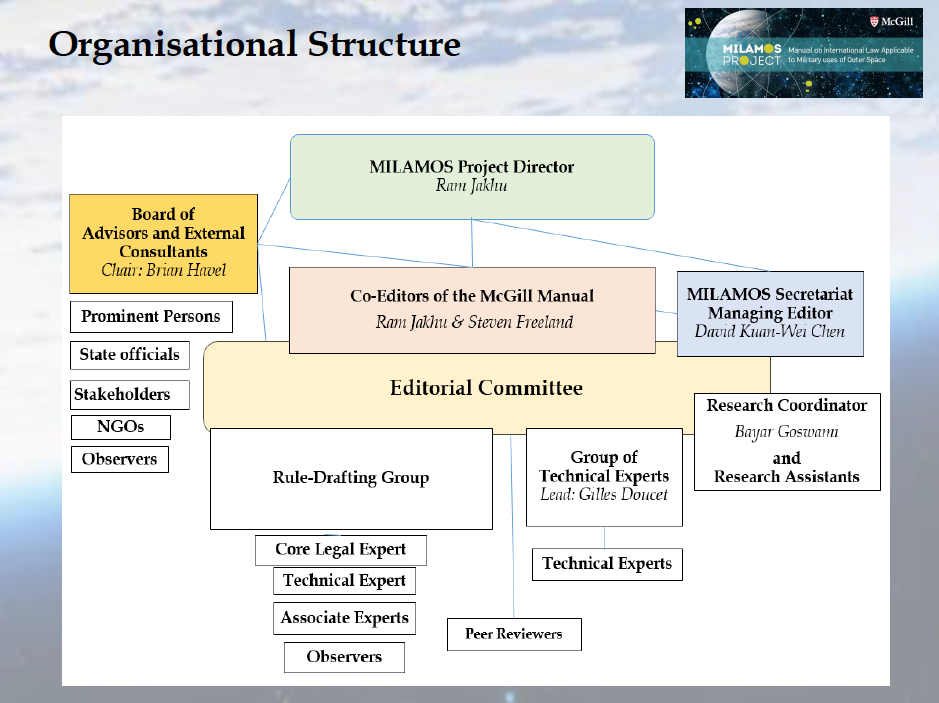 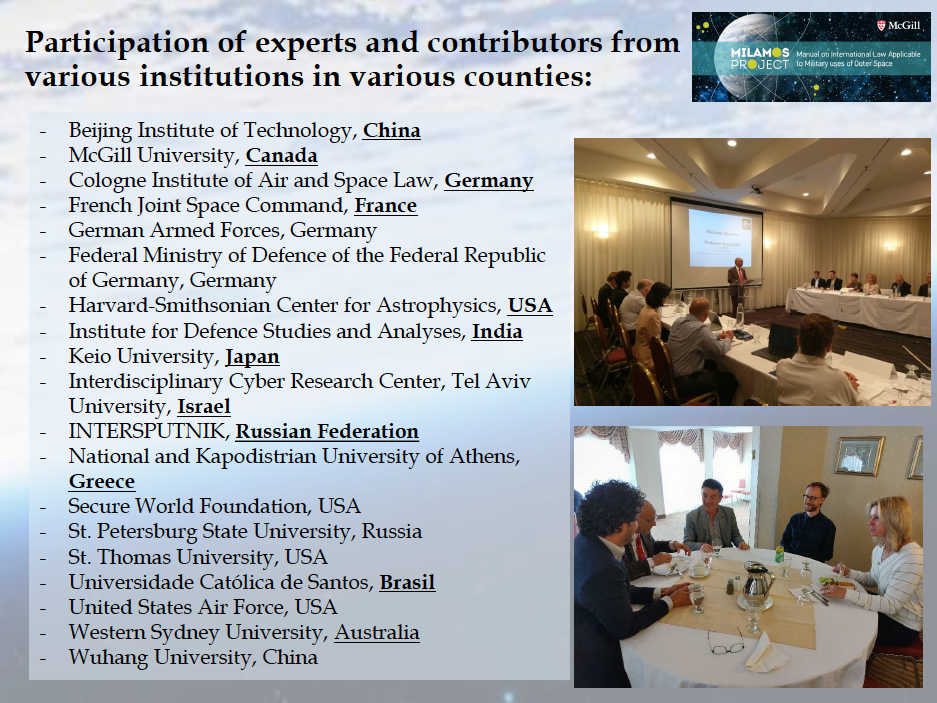 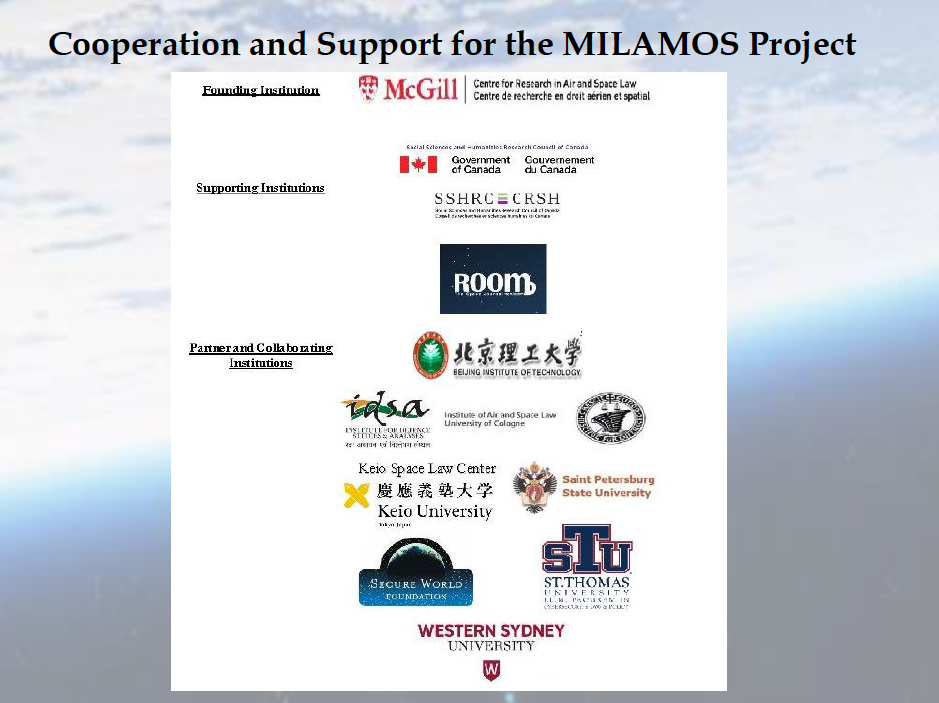 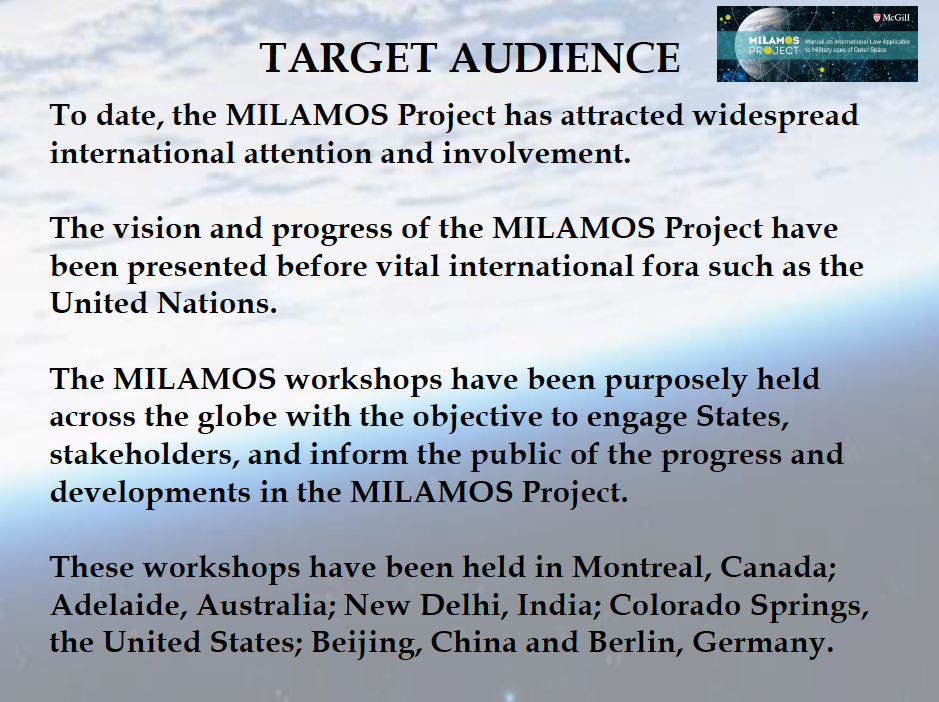 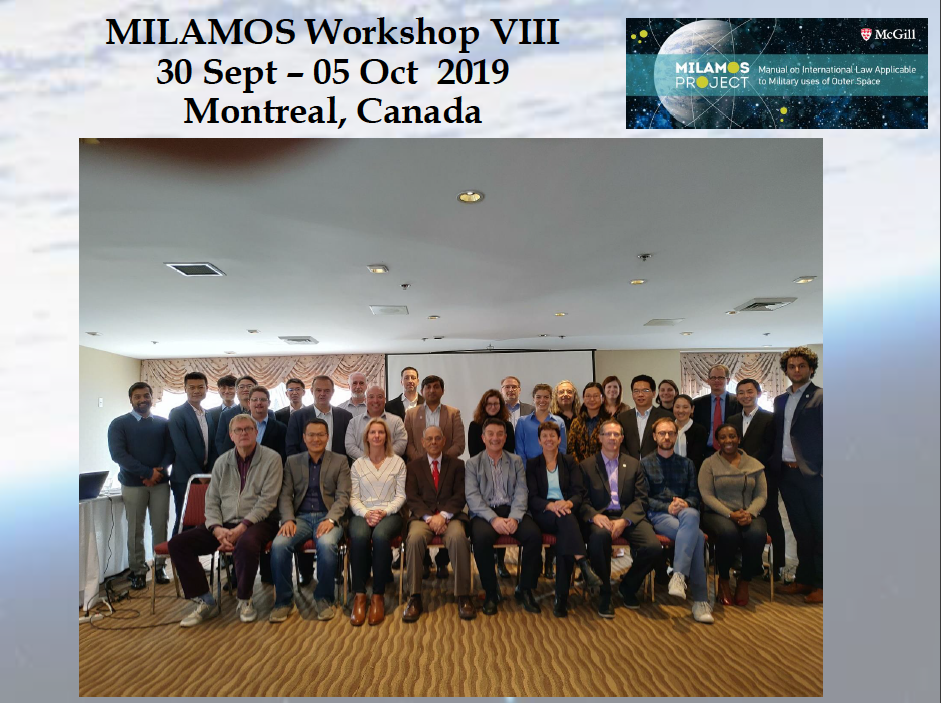 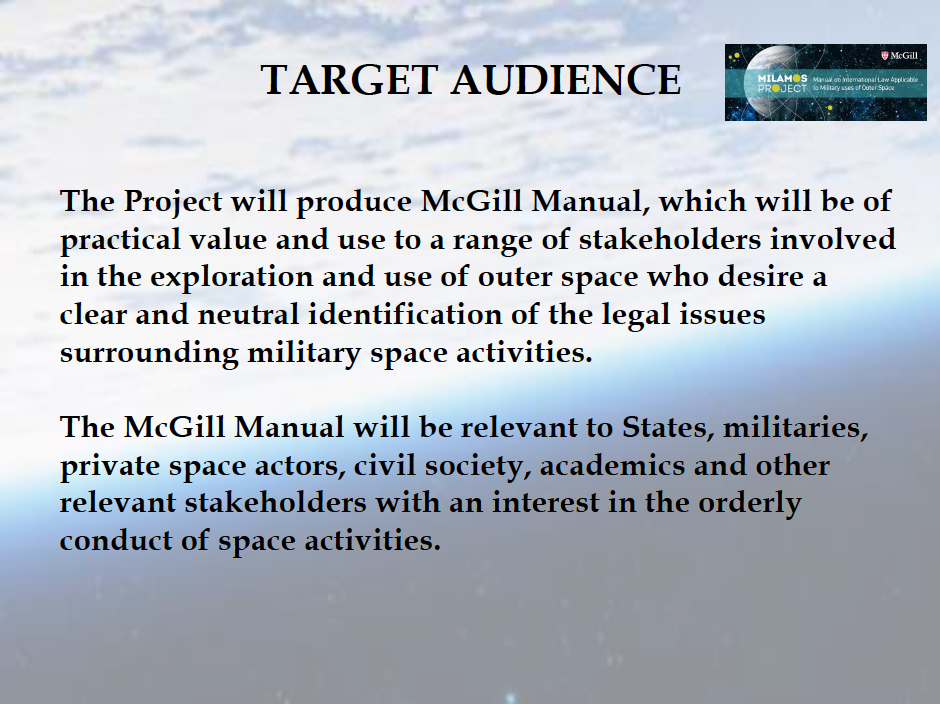 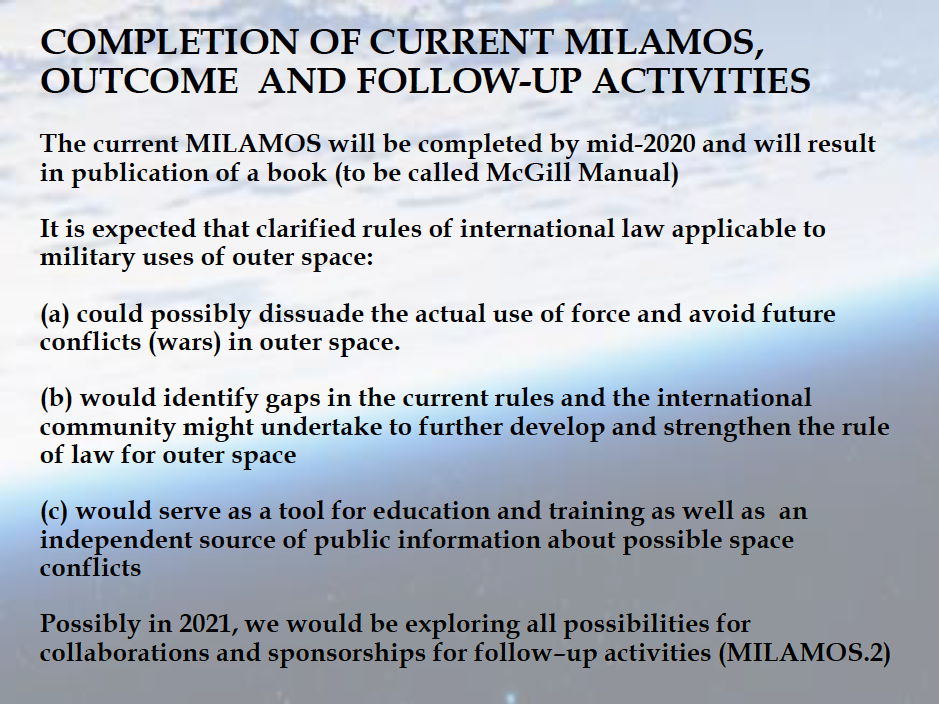 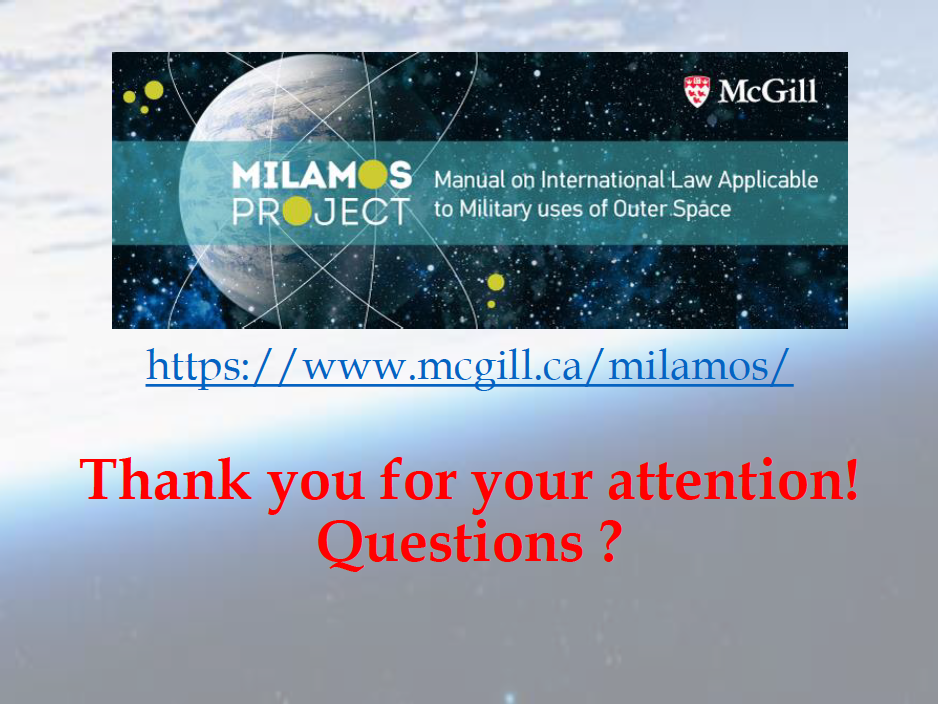