ExoMars Mission Could be Delayed Due to Parachute Problems 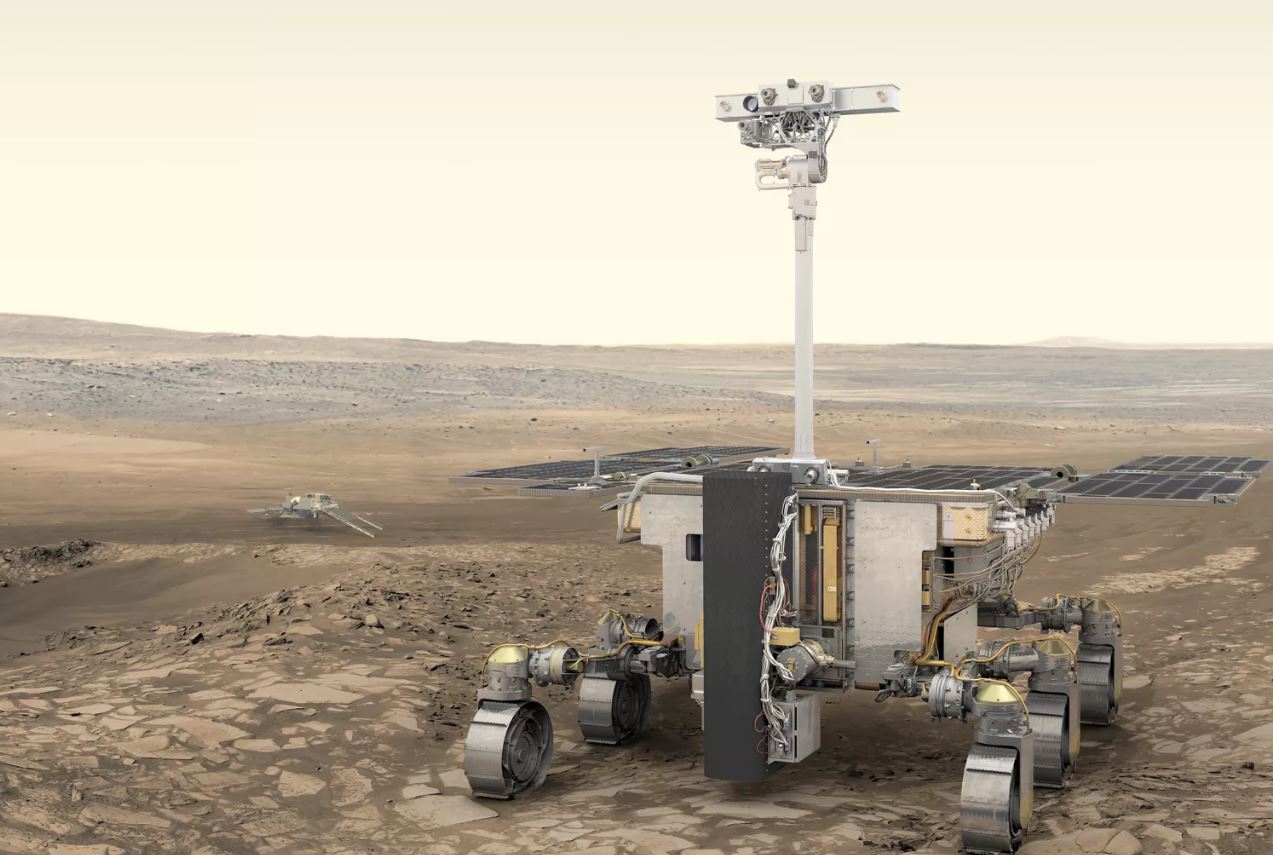 The cause of the accident that occurred on August 5 during the testing of the ExoMars 2020 mission landing platform parachute system was the parachute rupture – the fabric was badly damaged during deployment, because of this the device crashed during landing.

The European Space Agency (ESA) plans to conduct additional tests of the first main parachute in November this year, while the second main parachute will be tested in February  2020. If the tests fail, the mission will have to be postponed.

As part of the tests scheduled before the launch of the mission, it was planned to perform several tests of the landing module parachutes at the Esrange Space Center Swedish Space Corporation training ground. During testing, the air-balloon with the device rose several kilometers and dropped the rover. According to the engineers’ plans, a few seconds later, a prototype rover was supposed to open a 35 meter parachute, which would slowly land the device on the ground. However, even before inflating, the parachute canopy damaged – the fabric was torn. As a result, further descent was carried out using an exhaust parachute, which led to the destruction of the rover mockup.

This is not the first time that a prototype has a parachute problem. In May this year, the parachute system was tested during which the deployment sequence of all four parachutes was tested  for the first time. The prototype descended from the stratosphere (29 km), where it was delivered by a helium balloon. During the test both main parachutes deployed as per plan, but immediately after leaving the containers, huge holes formed on them.

Parachutes for the ExoMars mission landing platform are manufactured by the Italian company Arescosmo, and the aerospace company Thales Alenia Space France is responsible for the parachute system as a whole.

For the last decade, ESA and State Space Corporation Roscosmos have been working on a joint ExoMars mission, the goal of which is to send several probes to the surface of the Red Planet to search for possible traces of life. During the first phase of the program, in 2016, two spacecraft were sent to Mars: one had to rotate in orbit and search for the presence of gases in the atmosphere that could be released by living organisms, and the other was a landing module aimed at testing technologies that are required to accommodate heavy equipment on the surface of the planet. The artificial satellite entered the Mars orbit as planned, and is still collecting material, while the landing module crashed onto the surface of the planet.

During the second stage of the program a rover named after the famous British researcher-chemist Rosalind Franklin will be sent to Mars for the surface drilling purposes. The mission objectives are to study the surface of Mars, its atmosphere, and climate. The spacecraft will have to deliver a Russian landing platform for landing a European rover to the planet surface. After the descent of the Mars rover, the platform will operate as an autonomous scientific station to study the composition and properties of the surface and atmosphere of Mars.

If everything goes as planned, and experts succeed in solving the parachute problem, the launch of the ExoMars-2020 mission will take place in the summer 2020. The ExoMars program was already delayed after the team had to skip the planned launch in 2018. If either of the following tests scheduled for November and February fail, the mission will have to be postponed again. This means that the next launch window for the second phase of ExoMars will only be available in 2022, when the Earth and Mars come closer to each other. This period will be ideal for launching the spacecraft to the Red Planet, because the flight will take less than a year.