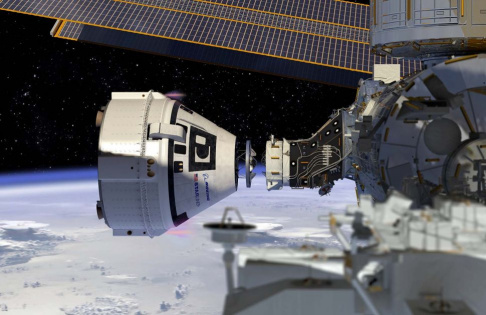 A critical precursor for Starliner’s first crewed flight, the test mission of the Boeing's capsule atop the Atlas 5 launcher provided by the United Launch Alliance, slips to December 19. Earlier, it was scheduled for December 17. The issue is the launcher's purge air supply duct, to be replaced before the mission

'During pre-launch processing of the Atlas 5, there was an issue with the rocket’s purge air supply duct,' ULA said in a statement Tuesday. 'Additional time was needed for the ULA and Boeing teams to complete an analysis of the issue, replace the duct and complete processing ahead of launch.'

The initial date of the Starliner’s first flight was announced at the International Symposium for Personal and Commercial Spaceflight on October. The space capsule will be launched from Cape Canaveral Air Force Station in Florida. Starliner will dock with the ISS, stay a week, and then land with the help of a parachute in New Mexico.

Earlier, Boeing experienced a problem with one of the pad-abort engines during a 2018 test, which caused multiple delays. Scheduling issues and testing and safety reviews delayed the company some more. SpaceX had a similar issue testing the Crew Dragon, when the SuperDraco escape engine exploded. Still, SpaceX plans to launch astronauts to the ISS in 2020. Which company will get there first is impossible to tell at this point, but it will definitely be a close race.