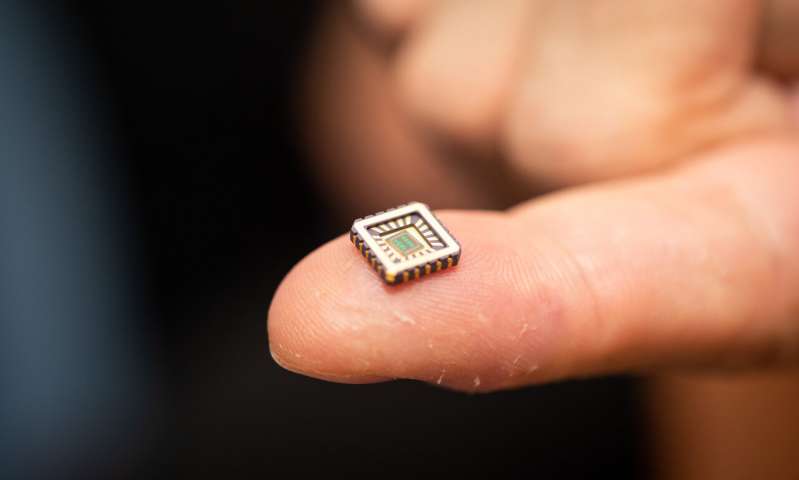 Researchers at the University of Bath created a first-of-its-kind artificial functional neuron. The great achievement can be used to fight a number of diseases associated with neuronal degeneration, the invention was described in a new study published in Nature Communications December 3

Neurons are the basic blocks of the nervous system: some receive information from the outside world, some transmit data throughout the body and others deliver orders from the brain to the organs.

The electrical properties of biological neurons have long been studied by scientists, however, the difficulty of measuring microscopic parameters that control the dynamics of nerve cells as well as the complicated biology of the cells stopped scientists from replicating them. Another major challenge researchers long struggled with was a difficulty in predicting how the cells respond to an electrical stimuli.

‘Until now, neurons have been like black boxes, but we have managed to open the black box and peer inside. Our work is paradigm changing because it provides a robust method to reproduce the electrical properties of real neurons in minute detail,’ explainsAlain Nogaret, leader of the project from the University of Bath Department of Physics.

For decades, development of artificial neurons that respond properly to signals was one of the most crucial goals in medicine. This team of researchers managed to develop the circuits and find the right parameters that allow these circuits to behave like biological cells. After the team successfully derived the equations that precisely explain the work of the brain cells, they developed the silicon chips.

Scientists managed to recreate two types of cells: neurons from the hippocampus, an area of the brain that plays a major role in memory, as well as the brain cells involved in the control of breathing.

Another major breakthrough was the neuron’s efficient use of energy. The artificial brain cell needs a relatively small, 140 nanoWatts, amount of power.

Petite ‘brain chips’ designed by the team act like real nerve cells, responding to the stimuli identically to the biological cells. The grand achievement of scientists can some day be used to fight a number of Nero al degenerative diseases. The developed methodology paves the way towards making synthetic neurons to repair biocircuits of the central nervous system when their regulation of vital functions is lost to diseases, like sleep apnoea, heart failure or Alzheimer’s.

The outstanding work of scientists definitely deserves a round of applause from the scientific community, not only is it extremely painstaking research, it can potentially save thousands of lives.