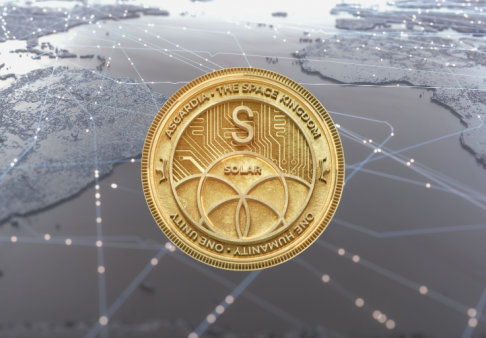 On February 28 - March 1, Asgardia's Members of Parliament (AMPs) from all over the world gathered for their regular digital sitting to work on the legal basis of the key economy-building processes.

The sitting was opened by the Chairman of the Parliament Lembit Öpik who officially announced the resignation of the Government headed by Ana Mercedes Diaz. A new Cabinet shall be formed by November 2020. Its main task will be to participate in the development of a new digital economic system together with parliamentarians.

The economy, just like other fields of activity in Asgardia, will be based on a decentralized network, which will ensure full transparency of all processes taking place in the Space Nation.

According to Mr. Öpik, the next objective is to develop a much closer and more efficient interaction between the Parliament, the new Government and the Administration of the Head of Nation to achieve the common goal.

"In the near future we will make several decisions regarding the Nation's political processes everybody will benefit from. Our duty is to move forward and build our political system in a way that will ensure the most important success factor: a prosperous economy in Asgardia," concluded the Chairman of Parliament.

During the three-day sitting the AMPs made their suggestions regarding the formation of the new Cabinet.

The approval of the national 2020 budget by deputies was among the sitting's highlights. The proposed budget was tabled by Lena De Winne, Head of Administration of the Head of the Space Nation.

They also discussed a test launch of the Asgardian national currency, Solar. The members of Parliament themselves are participating in the experiment: their salaries are paid in Solars. The National Currency Law will be debated in its first reading at the next digital sitting of the Parliament.

The Judiciary Law submitted by the Chairman of the Justice Committee, Sotirios Mouzakitis, was discussed in the first reading, and the following two legislative proposals were adopted in the third reading:

The Civil Servants Act, proposed by the Deputy Chair of Parliament Ben Dell.

These legislative proposals will be enacted after their approval by the Head of the Space Nation, Igor Ashurbeyli, and the issuance of relevant decrees.