Frank De Winne: 'Cosmonauts and Astronauts do the Same Job' 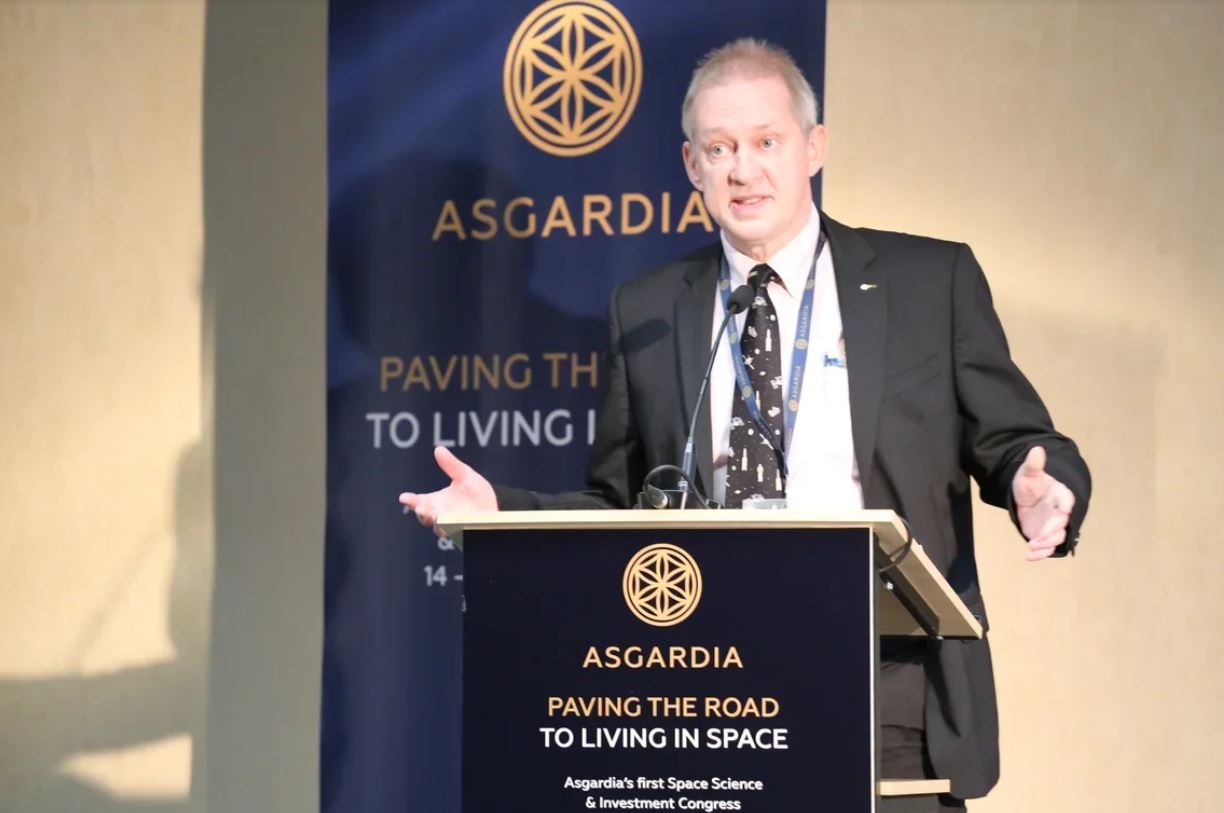 One of the keynote speakers of ASIC19, Frank De Winne, Belgian astronaut and the Head of the European Astronaut Centre of the European Space Agency in Cologne, Germany, answered some questions from Asgardia Space News

ESA representatives announced recently in the media that after the introduction of Starliner and Dragon-2, European astronauts will start using them to fly to the ISS instead of Russian Soyuz. Don’t you think it would have been a little bit safer now to continue using Soyuz in the initial years of Starliner and Dragon 2 operation, or do you have some binding documents with NASA, that, as they start to use Dragon or newly built spacecraft, you just must go with them automatically?

The way that we fly crew members to the space station from ESA is that we are part of the ISS international partnership, and we use transportation vehicles either from our partners, from our Russian colleagues at Roscosmos – the Soyuz – or now, the new vehicles that will come online from the American commercial providers, the US commercial crew vehicles. The way that we decide on which vehicle astronauts and cosmonauts fly is done by what we call the Multilateral Crew Operations Panel. And so we just have flight opportunities that we acquire to our partnership with the ISS either on the Soyuz vehicles or on the US vehicles. In the future, indeed, now that commercial crew vehicles come online, the initial planning is that our astronauts will fly on the commercial crew vehicles once the test flights have been successfully conducted. And we have all the confidence in our NASA colleagues that the vehicles will be as safe as the Russian Soyuz vehicles. That does not mean that in the future we will also not continue to fly on the Soyuz vehicles; we will probably, as we have always done in Europe, continue to fly both on the commercial and on the NASA side, with the NASA crew vehicles, and the Russian crew vehicles. But the decision, finally, is with the Multilateral Crew Operations Panel.

So you may use Soyuz in the future, if you decide so?

The decision is not one from ESA; it is a partnership decision, decided in consensus, who flies on which vehicle for which mission; this is the job for the Multilateral Crew Operations Panel. Our desire at ESA, if we have to find consensus, if that, in the future, we will continue to fly on the Russian side and on the NASA side.

Your experience flying on Soyuz two times was quite successful, so if you were asked now what you would prefer to fly, Dragon 2, Dragon Crew or Soyuz, what would you choose?

I choose to fly to space, and that is what all our astronauts say. The transportation vehicle really does not matter so much; the job that we do today is the job on the International Space Station. We are there for six months, and we do science, we do technology, we do research, we do education. The way we get there is not so important, it’s like, when you come here to the conference, you might fly with one airline or a different airline, with one type of aircraft or another, we don’t ask which type of aircraft it is. The important part is that we are here. The same thing for our flights to the International Space Station.

I’m both actually. I, of course, flew twice with the Soyuz vehicle; I have very good friends in Russia, in Star City; I have enormous respect for my Russian colleagues with whom I flew to the space station, both on the space station and in the crew vehicles; so from that side, of course, I was a cosmonaut. On the other side, most of my work that I’ve done on the space station was on the US or ESA side, I’ve trained a lot with my NASA colleagues from that side, and us Europeans, we call ourselves astronauts — I’m an astronaut. I’m both, but actually, for us, it doesn’t make any difference, because today, cosmonauts and astronauts do the same job, and they have the same function onboard the ISS.

You know, in 1961 Mr. Kennedy formulated the task of landing an American on the moon in that decade, and it was brilliantly executed. In 2011, NASA formulated a much easier task, to build a spacecraft to deliver people into low-Earth orbit by 2017. And this task has not been executed to this day. Without going into criticism of specific companies, can you share your opinion, why, half a century ago, it was possible to deliver everything on time, while now we seem to struggle with meeting space exploration deadlines.

I think there are a number of aspects related to this. First of all, the risk that we are willing to take today is much lower than the risk that the two big countries at that time – the United States and the Soviet Union – were willing to take at that time to win the space race. The number of requirements that we put on safety of crews, safety of the vehicles, mission success are much higher today than what they were 50 years ago. And, of course, this has a cost, both in time and in resources and money. Secondly, we have to also understand that at that moment, the amount of resources, money and funds available to make the Apollo missions a success was enormous – at the height, it was about 3% of the total GDP of the United States – that was spent on space resources, on winning the space race. Today, we are a fraction of that. So, you cannot expect that with a fraction of the money, and with much higher requirements, that you can move forward as fast as we did in the past. These are, for me, the two main reasons.

And when do you think humanity will not just return to the moon, but build a habitat — lunar bases?

I’m quite sure that in the next decade, in the 20s, we will return to the moon. But we will not return to the moon in a race, like we did 50 years ago, to plant a flag, but we will return to the moon in partnership to be there to stay and to do research and continue sustainable exploration of the moon. This is the goal of all the partners, and this is a goal of ESA. And I’m quite confident that we will achieve this in the next decade. One will have sustainable settlements or long-term bases to operate on the moon that, I think, will be further down in the future, because initially, we will go there for shorter stays, build up infrastructure, build up the technology that we need to be able to sustain long-term stays on the moon, because bringing all the resources from Earth to the moon will not be possible, it will be too expensive. We need to learn to use the resources that are on the moon. We call this in situ resource utilization, it’s a big area of technology development these days. Once we have mastered it, I’m sure that we will be there for longer stays on the moon, like we are now in the Space Station: for 20 years, human beings are living and working onboard the space station, and I’m sure that in 20 years from now, you’ll have people permanently living and working on the moon.

How can Asgardia maximize its contribution to the exploration of space by humankind?

I think Asgardia is an interesting concept as it brings a new way of bringing space to the citizens. I also think it’s interesting because it does not rely fully on government funding, it relies on different resources, funding that it will get from investors, from its citizens. It has a great vision of expanding, living in space — that’s title of the conference here — to a larger community of people. Eventually, I think, we will get there, and it’s by having visions like this, looking into everything that the commercial industry and the private sector can bring to space exploration, because we are living in a new era. It’s not only governments anymore that explore space, also the private sector is investing into space and trying to bring all this together, and this is also what this investment conference here is about. Bringing all this together, this is where I think Asgardia can help and eventually this will also help the governments and the public sector spend its resources on the future exploration of space and going forward to the moon.