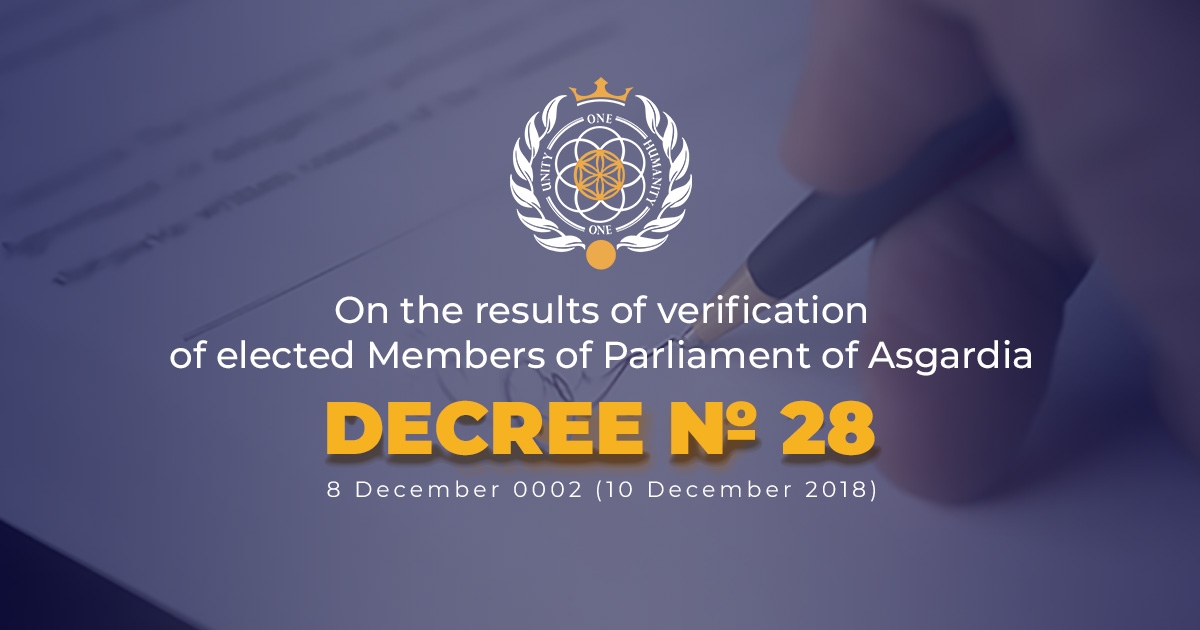 According to this ruling, the elected representatives who have not been verified by the date of 12 October (by the Earth calendar) shall be exempted from their status as Asgardian Members of Parliament Elect. The number of Parliamentarians is set at the number who have been elected and confirmed through the verification process at that calendar date. Until the time of by-elections according to the Constitution and laws, this number represents the quorum for Parliament.

Those who have lost their status as Asgardian Members of Parliament Elect do not lose their constitutionally guaranteed rights as residents of Asgardia. They may also once again put forth their candidacies in the future elections to the Parliament of Asgardia.