Head of Nation to Take Questions in Parliament 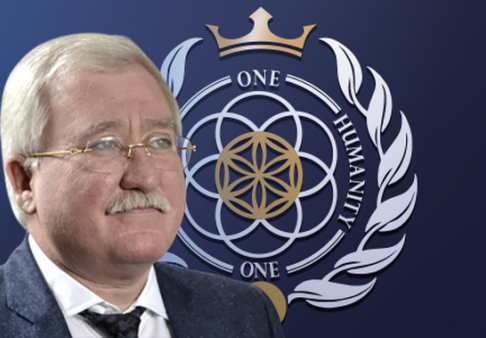 On April 15, 0003 (April 09, 2019) Asgardia’s Parliament came together in their final digital meeting before the Executive Congress. The Executive Congress is taking place in Vienna during April 16-18, 0003 (April 10-12, 2019). Asgardia’s full complement of leadership will be in attendance, including Head of Nation, Dr. Ashurbeyli, Prime Minister Diaz, Chair of Parliament Lembit Öpik, all the Parliamentary Committee Chairs, and all the Ministers. The goal of the Congress is to align all the 12 functional areas of Asgardia’s Ministries and Committees and give everyone a clear understanding of the direction that they must take towards achieving the nation’s goals

The Digital Sitting is the first time that Government and Parliament are coming together and represents a shift from traditional politics which generally segment the various areas of a nation’s governing bodies. Asgardian politics seek to mirror their philosophical goals of creating a future without borders, where humanity is united. Ministers will cooperate directly with Parliamentary committees to start to define the Nation’s Roadmap that will lead into the future.

Much of the meeting was regarding the technical aspects of the meeting and the timings of when things would take place and in many ways it was a quick rundown to ensure that all AMPs were up to speed on what was expected of them during the Digital Sitting, which is taking place at the same time as the Executive Congress.

There was, however, a surprise announcement made to Parliament as the Chairman, Lembit Öpik announced that the Head of Nation, Dr. Igor Ashurbeyli would personally attend the session to answer questions directly from the Asgardian Members of Parliament. AMPs could be seen smiling, clapping or giving ‘thumbs-up’ in their video-feeds as the news was revealed to them. This news echoes the spirit of collaboration that is surrounding the event as all areas of Asgardia start to pull together to make progress towards the Nation’s key goals.

Chairman Öpik stated that “There has been a lot of movement based on the things that Parliament has been raising and I am very happy how the Head of Nation has been responding and how he has volunteered to answer questions in Parliament.”

More good news for Parliament came as it was explained that two key proposals from Parliament would be debated during the sitting - The Holistic Education Proposal by AMP John Fine and the Environmental Proposal by Luca Sorriso Valvo. AMPs have been working hard to raise up legal proposals through the system and these are the first two Parliamentary proposals to be debated by Parliament.

Chairman Öpik concluded the meeting saying “This Conference is where the twelve areas of Asgardia’s work are going to set sail. It really feels that Asgardia is on the way now.”