8 Reasons to Look Forward to Asgardia's Next Congress 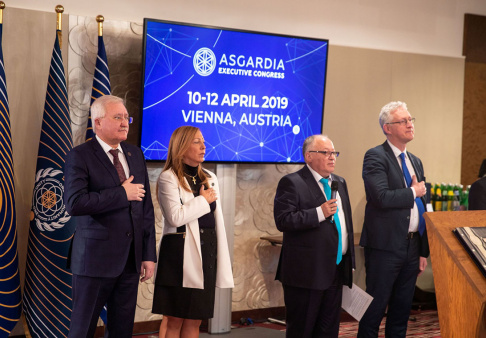 Representatives from Asgardia’s 12 Parliamentary Committees and 12 Ministries gathered together with the members of the Supreme Space Council and the Head of Nation for a packed agenda that saw the definition of ‘Asgardian Politics’ and the foundations of a roadmap to the future. A lot happened at the Congress; here are some of the highlights

The Tone of ‘Asgardian Politics’ Was Set

For the first time ever, representatives from Asgardia’s 12 Parliamentary Committees came together to meet with the 12 ministers of Government. It’s a common story in modern politics, when parties are involved, that there will be division and friction caused by party, or personal, ambitions.

This status quo is set to be challenged by Asgardia who saw Parliament and Government coming together in this Congress to provide a united vision of the future of Asgardia, working together to present their ideas in concert. 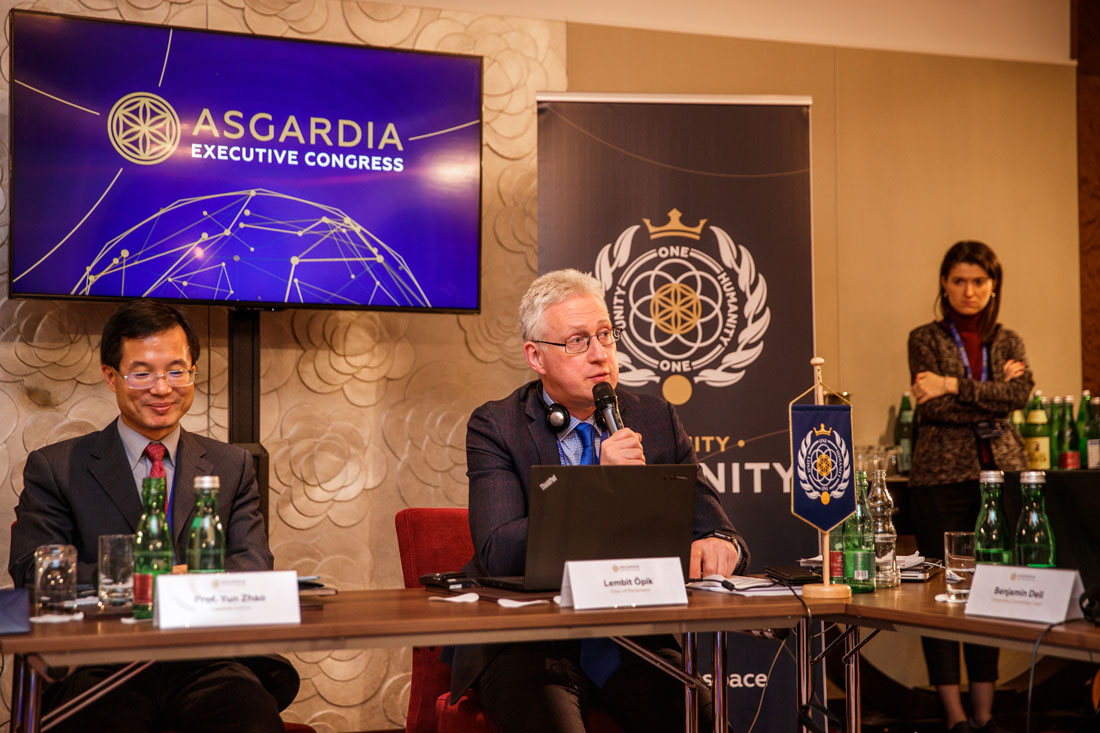 Chairman of Parliament, Lembit Öpik said “When I was a politician in Britain, we constantly suspected rival parties to be playing against us. We don’t have doubts of this kind in Asgardia. We don’t have political parties that cause division among people, we have a situation where people unite. Yes, we have differences, but we share a common view of the future from our Head of Nation.”

By rejecting the idea of party politics, and having instead the various branches of Government come together to work in this manner, we have a process that delivers rationale, discussions and decisions, in a much more fluid and frictionless manner, setting the tone of Asgardian Politics for the future.

One of the primary reasons for having Parliament and Government together at the Executive Congress was to start to lay out the groundwork for a roadmap to the future. Each of the 12 areas of Asgardia’s work - represented by Parliament’s committees and the ministries of Government - started to have their definitions laid out.

While the presentations are still under wraps, while they’re being summarised and reviewed, a recent photo report from Asgardia Space News gave highlights from each presentation to whet the appetite.

Asgardia’s first financial report since the preliminary budgets were approved was delivered by Mr. Leon Shpilsky. 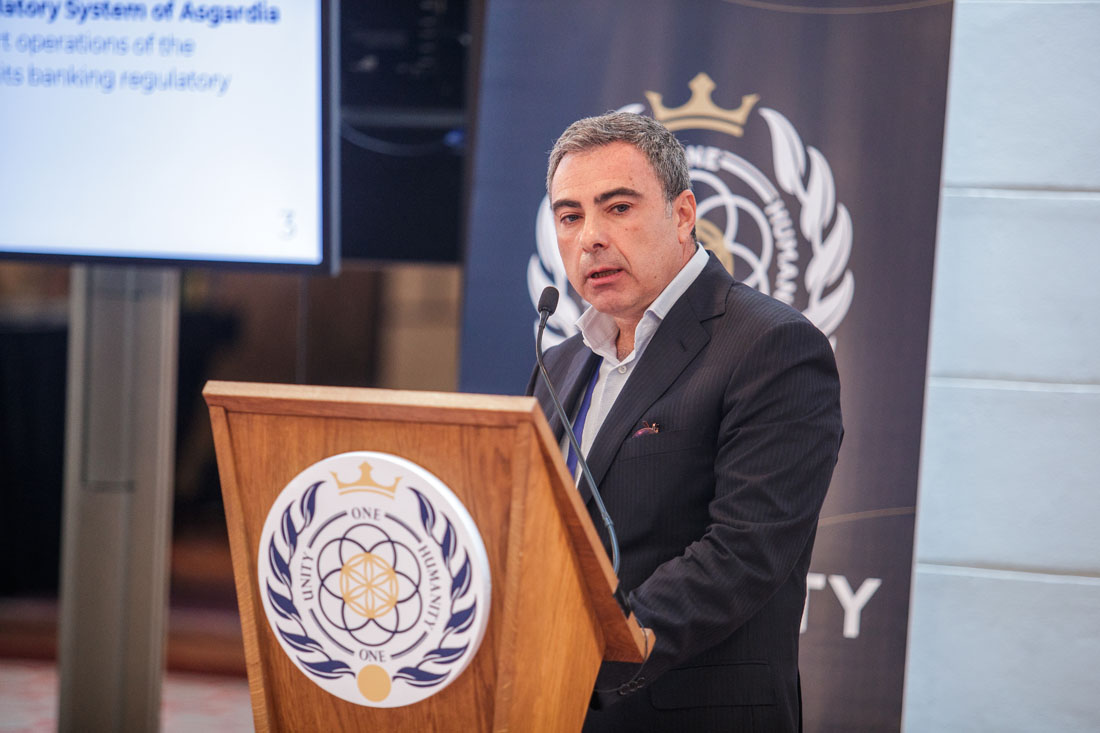 The Minister gave a breakdown of Asgardia’s financial position, and while the Nation is still ramping up its ability to generate income, the report demonstrated a financially responsible Government with all areas coming in below their budgeted targets, leaving Asgardia in a strong position going into the next quarter.

Work to build a self-sufficient economy is well underway, and initial sources of income will include a range of means such as the Citizenship Fee, Investment opportunities, and opening a business in the Space Nation.

The leader of Asgardia’s IT team, Vadim Pinchuk, showed complete confidence in his developers when he revealed the new website live during the Parliamentary Session in front of all the Ministers, Committee Chairs, Chairman of Parliament, Prime Minister, Head of Nation, and the entire Asgardian Nation.

Mr. Pinchuk, who gave an enthusiastic vision of Asgardia’s website, highlighted the limitations of the previous framework, citing that users needed more options to communicate to a better effect, and that more needed to be done to enable the growth of the community.

This update brings a huge visual update and adds in a load of social features, including social sharing, communities, social progression, and an integrated system that will encourage the creation of quality content from users by allowing members of the Social Network to ‘tip’ their fellow Asgardians in the SOLAR.

The following two updates are expected to be deployed at intervals later this year, and will, among other things, start to provide the framework for Asgardians to trade with one another using an integrated marketplace which will allow for the exchange of digital services for the SOLAR.

Appointment Of All ministers And Chairs

One of the key items on the Parliament’s agenda was to appoint the final acting ministers. This was a significant act for Asgardia as it completed the official roster of Government. Whie Asgardia has had acting ministers to ensure that work could start to progress, this represents the first time that Asgardia’s Government has been officially formed under the basis of our own legal systems.

On the final day of the Executive Congress and with the ceremonial copy of the Constitution that was present during the inauguration, Head of Nation Dr. Ashurbeyli administered the following oath:

“We, the highest officials of Asgardia, solemnly swear to be loyal to the Space Kingdom of Asgardia, to perfectly comply with its Constitution and laws. To be devoted to our high mission, to direct all our activities for the benefit of the State and the people of Asgardia. To perform our duties responsibly, with due dedication and professionalism.” 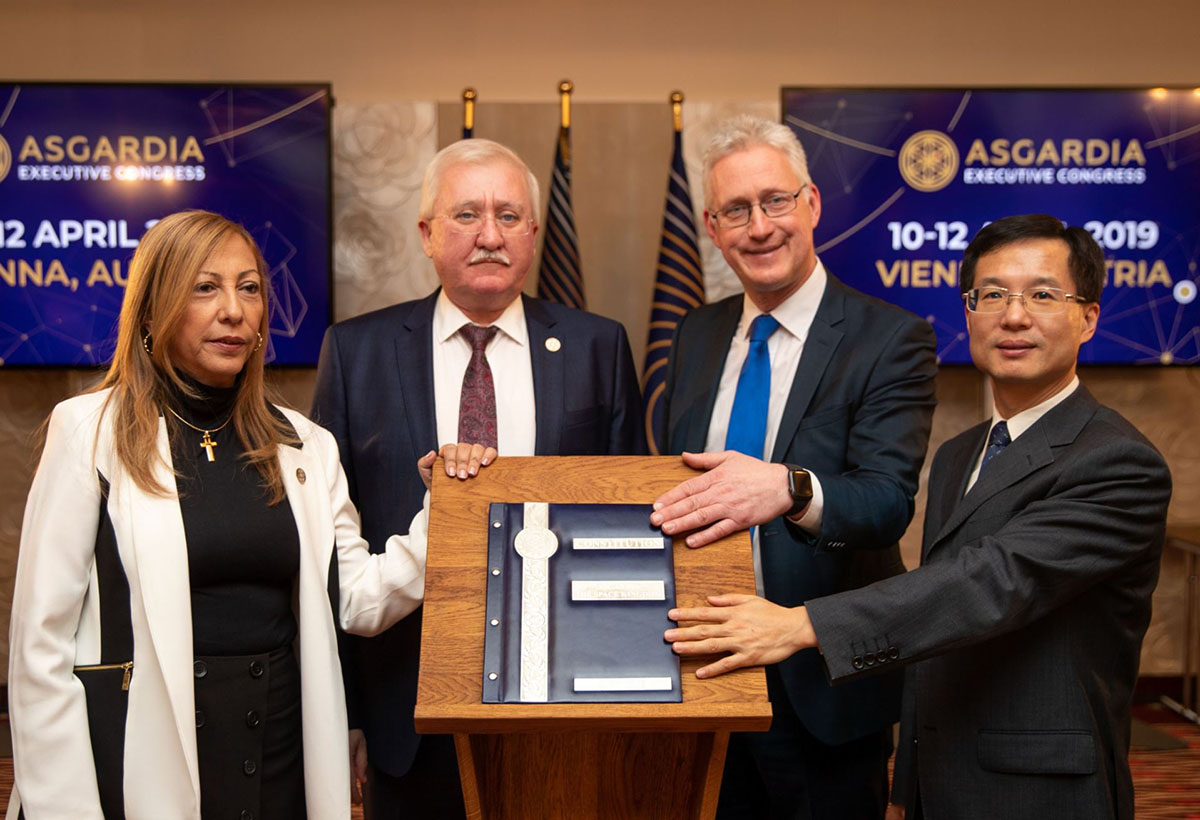 The oath is one of few words, but those words carry a lot of weight for the officials of the nation and each member present solemnly accepted the responsibility. This accreditation was the final stage of forming Asgardia’s Government and Legislative structure and the attendees were given ID cards, certificates and badges.

Press Took An Interest In The Event

Asgardia is working to reach out to people all over the world and to attract interest from other organisations to achieve bilateral relationships. The Nation’s exposure in the global press is an important part of this outreach. The Head of Nation met with journalists from different news outlets. Among them was a documentary crew from Science & Vie - one of France’s top science channels.

Asgardia’s Parliament met for another Digital Sitting with people connecting from their homes all around the globe and live from the venue in Vienna. The Sitting was a huge technical undertaking with live video-feeds and simultaneous translations into multiple languages. There were a few technical issues during the proceedings when interpretation services temporarily went down and needed to be improvised - but things were soon back on track.

During the sitting, there was a ‘Government hour’ where members of Parliament were invited to raise topics of discussion directly with the ministers representing those areas - with ministers able to explain the rationale behind certain proposals and discuss the finer points with the AMPs. This fluid exchange also allowed the members of Parliament to voice their opinions and concerns - which the Ministers took on board.

During the sitting, Parliament debated - and voted - on several laws and amendments; among them was the law on the establishment of the SOLAR institute which would effectively serve as the Nation’s banking authority.

Another interesting law that passed was on a mechanism that would allow citizens to buy a certificate enabling them to invest and support the growth and future success of the nation.

Asgardia’s Parliament has been hard at work between sittings to generate their own proposals that will potentially become laws in Asgardia - In particular, two of these proposals were debated at the Sitting - John Fine’s proposal on Holistic Education in Asgardia and Luca Sorriso-Valvo's Proposal on Environmental Protection.

This represents an important step forward in this process as it is the first time that legislation form Asgardia’s parliament has been brought forward - while there is still a lot of key legislation that will take priority - such as Citizenship and Financial laws - Asgardia’s Parliament have come a long way since they were first formed in June last year.