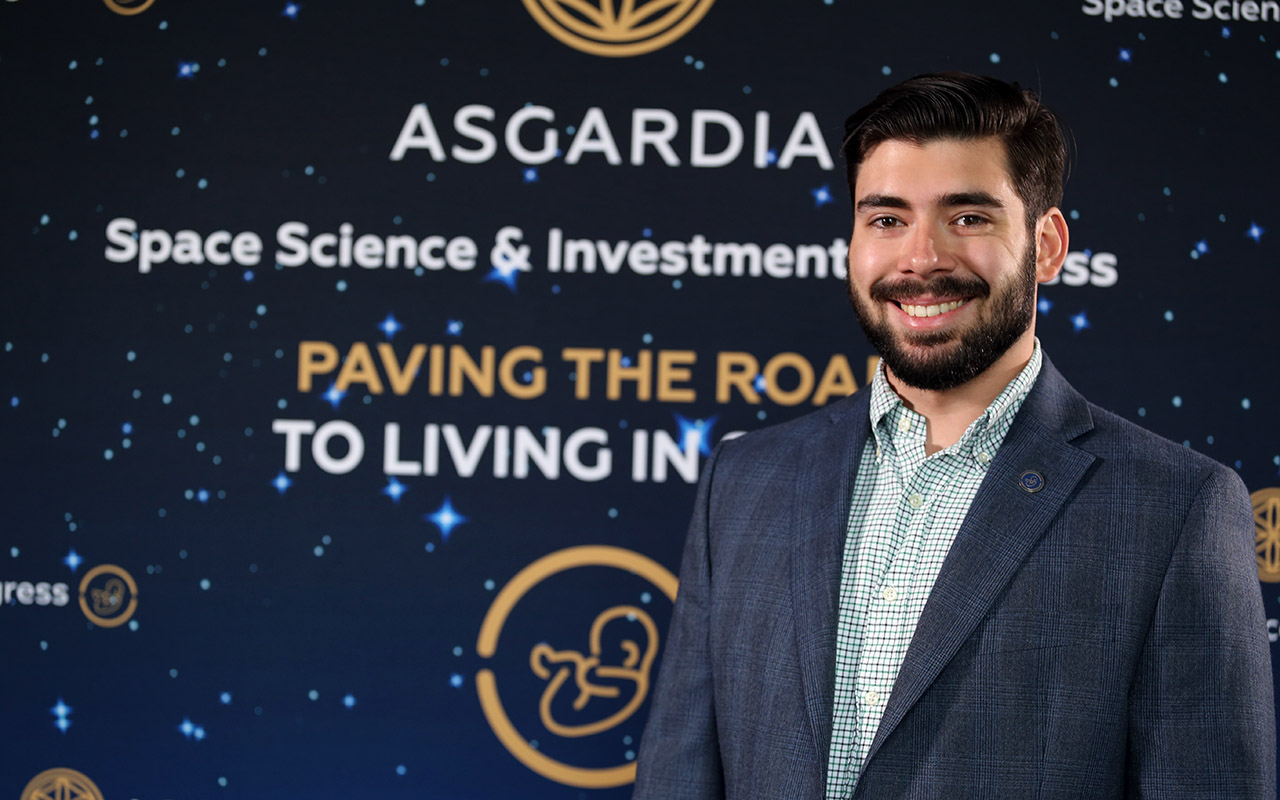 Ilya Gulko, assistant at Nonequilibrium Thermodynamic lab and a student at Ohio State University in Columbus, Ohio, B.S. in Mechanical Engineering, doing M.S. in Aerospace Engineering, said artificial gravity (AG) can be achieved over the next ten years. To illustrate his idea of a step towards this, he took the audience on a ‘journey’ to the Earth orbit where his experimental AG space station will be located

‘There are certain technical challenges in implementing artificial gravity,’ Gulko says. ‘But the idea never left the human mind.’

Scientists, space organizations and science fiction authors have contributed to the idea, as Gulko showed in a slide depicting several space modules with artificial gravity: Stanley Kubrik’s 2001 film The Space Odyssey, NASA’s 1950s concept design, the Stanford Torus housing an entire city inside its circumference, and a more recent Von Braun design by Gateway Foundation planned to be funded both from scientific research resources and commercial funds, with part of the space station built as a five-star hotel.

‘The motivation behind this work,’ Gulko explains, ‘Is to offer an approach that will cut research and design costs to build full-scale stations in the future.’

He calls his project a big step from the ISS to a completely different concept.

Gulko walked the audience through the main principles that guide the design of such stations.

‘On Earth, gravity is characterized by acceleration of free fall,’ he says. ‘It is a function of Earth’s mass and the height the object is at above the surface - for example, a small satellite in orbit.’

He went on to explain that in a spinning AG station, the value will be replaced by centripetal acceleration, which is easy to imagine taking a spinning a bucket full of water around as an illustration: the water won’t splash.

For a centrifugal artificial space station, the determining factors would be the RPM and the station’s radius, the gravity gradient, the tangential velocity.

‘Let’s suppose that humans are up to 2 meters tall. That means our head is two meters closer to the center of rotation than our feet are. The head experiences less gravity than our feet,’ Gulko explained. ‘A human inside a huge centrifuge moves in the circumference against the direction of rotation or along the rotation, and the tangential velocity is altered. It contributes to a different perceived level of gravity.’

He described the design constraints for the experimental artificial gravity space station, listing a radius of under 80 meters, a 5% gravity gradient,  a gravity level between 0.5 g and 1 g, and a high tangential velocity of more than 20 m/s.’

The proposed design itself consists of a habitat module and a service module, connected by structural cables reeled in and out using spools. An umbilical harness will supply the habitat module with water, electricity and other communications necessary.

Astronauts will arrive to the module in a crew capsule.

The only new technology used in this design will be the cable system and spools.

This station itself can be built using manipulators already available on the ISS.

A question from one of the participants at the end of Gulko’s presentation expressed emergency concerns. What if something happens to the umbilical harness, for example?

‘The module is equipped with thrusters, this allows it to position itself, and it will have an emergency system if one cable were to break. An emergency separation system will allow the module with the astronauts to separate from the rest of the station and, using the thrusters, stabilize itself in space. Of course, there will be multiple redundancies in the habitat module,’ he replied.