JAXA Will Use a Self-Driving Lunar Vehicle Made by Toyota. Watch Video 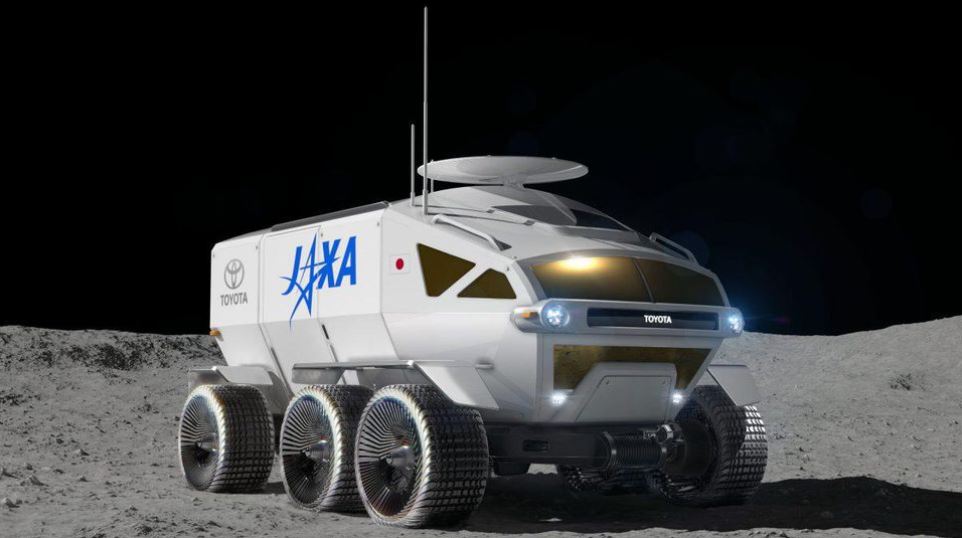 Japan intends to land on the moon in 2029 and would like their astronauts to explore the lunar surface using a vehicle constructed by Toyota, the Japanese car manufacturer

The JAXA Vice President, Koichi Wakata explained that crewed, pressurized rovers would be a crucial component of supporting human exploration of the Moon, which they believe will happen in the 2030s and they aim to launch this type of rover in 2029.

Earlier in March, JAXA landed its Hayabusa2 probe on the Ryugu asteroid, and they are now hoping that working with Toyota will fuel more intellectual properties required for international space exploration.

An FCV is an electric vehicle that employs a fuel cell of oxygen and compressed hydrogen to form a reaction that produces electricity, instead of using a battery. This technology had zero-emissions and is currently being used in Toyota's Mirai vehicle.

The Executive Vice President at Toyota, Shigeki Terashi stated that fuel cells use methods that generate only clean power and emit just water. Due to their high energy density, they can create a lot of energy, which makes them perfect candidates for the project in question with JAXA. Terashi also said that Toyota's automated driving technologies would be included in the lunar project.

JAXA and Toyota both explained that the amount of fuel that could be brought to the moon would be limited, but the pressurized rover would have a total lunar-surface cruising range of over 10,000 km.

Nevertheless, Toyota’s idea for ‘space mobility’ for the pressurized rover that JAXA is considering is quite small. Their vision is a 6 meter by 5.3-meter vehicle that measures 3.8 meters tall. This would provide enough room for two people, according to JAXA and Toyota, or four if there were an emergency. Toyota and JAXA also announced that together they have been looking into the concept of a crewed, pressurized rover since May of last year.

All vehicles face challenges when landing on the moon. For instance, gravity is only one-sixth of Earth's, and the lunar surface is full of craters, cliffs, and hills. There is also radiation exposure, extreme temperatures that are much harsher on vehicles than back on Earth, and an ultra-high vacuum environment. Wakata stated that for proper human exploration of the moon, a pressurized rover that can travel over 10,000 km in this type of environment is a requirement. Wakata also emphasized the need for a 'Team Japan' approach to exploring space.

Many people seem to be reacting favourably to that message. Ispace a startup backed by Japan Airlines announced in February that its HAKUTO-R mission would orbit the moon in 2020 prior to a mission that will aim to land on the lunar surface in 2021. Ispace was a finalist in the now defunct Google Lunar XPRIZE, and the startup intends to map, and eventually recover, water ice on the moon, as well as learn how it can be used as a resource. If the company can separate lunar water into hydrogen and oxygen, it could become a source of fuel for Toyota's lunar vehicle, and for a self-sufficient moonbase, or even rockets.

Besides Japan Airlines, HAKUTO-R has other corporate partners such as Asahi Shimbun, the Japanese national daily newspaper and Japan NGK Spark Plug, which aims to test solid-state batteries on the moon in 2021. There is also Mitsui Sumitomo Insurance, which announced a new lunar insurance service in February.

In February, Takeshi Hakamada, the founder of Ispace said that having access to lunar exploration insurance will prompt new players to take part in the lunar industry by lowering the risk of entry. Hakamada added that with the ability to insure the landers and rovers, ispace and its clients would be able to focus more on realizing their goals.