Jeffrey Manber: ‘We’ve Been Able to Convince NASA to Behave More Like a Customer’ 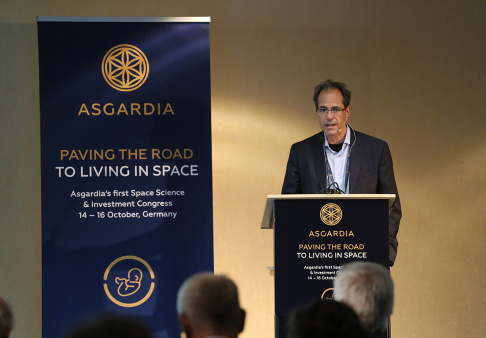 On the second day of Asgardia’s Space Science and Investment Congress (ASIC), CEO of the US company Nanoracks, Jeffrey Manber, talks about the projects and the current goals of the company as well as the major changes in the current space industry.

Nanoracks is already 10 years old, and when the company started, it was the first to own and market the hardware aboard the ISS. To date, the company has launched over 800 customer payloads to the ISS.

At the beginning of their 10-years-long path, there were a lot of philosophical problems arising: space agencies like NASA couldn’t understand why a private company would want its own research hardware aboard the ISS and market to whom it wishes, setting its own prices.

The company managed to grow without investors. The company has grown by using increasingly more complex hardware. They literally started out small, with nanolabs (10 cm x 10 cm x 10 cm). Back then, Nanoracks CEO decided not to patent it, since he wished to have an ecosystem of private companies, so the market can develop because of the competition.

Today, the biggest Nanoracks project is commercial airlock module Bishop set to go up next year, and the project is mostly self-funded.

Over the past decade, the company has developed an expertise on the government space station on how to build cost-efficient hardware for the customer. And the company surely has customers in over 32 countries, ranging from Universities and high schools all the way up to NASA and ESA. According to the CEO,  at first NASA didn’t want to be treated as a commercial customer, but then it learned to behave more like one.

Manber focused on the company’s infrastructure and the current goals. In 2019 NASA announced that the ISS is open for commercial access: ’Today we can send you to a space station for a fee that we now pay NASA.’ said Manber.

‘We are very fortunate that in the 10 years since I co-founded Nanoracks, we’ve been able to convince NASA and the other US government agencies to behave more like a customer’ said Manber.

The company is beginning to focus on its on in-space research, looking at microbes and bacteria in space environment.

‘Of course I want to use space for research, and I want to use it for education, but you know what, it’s a really cool place! And how do you get the public excited? You allow media, you allow branding, you allow other things to take place. And it’s been very — very difficult to convince NASA to do this’ said Manber.

In the next few years we will witness the first commercially owned module attached to the ISS and one free flyer. Nanoracks plans to collaborate with NASA and other space agencies on working and operating a free flyer in the vicinity of the ISS.

‘I think we are coming up to a new era now where NASA is going to be promoting that they are customer, one of many’

'For the last few years, the company was working on the repurposing of the upper stages of launch vehicles to use them for commercial habitats, laboratories and fuel depots instead of throwing them away. The idea is to modify the second stages once they are in space! Company already got the funding from NASA to do a 5-months-long study to see if they can repurpose the upper stage in space. According to Manber, the company managed to show that it’s possible to repurpose it even without any astronauts! The first in-space demo will be launched in 2021,' according to the CEO. 'To test robotics, welding in space will be performed and there even will be an attempt to spin an upper stage in order to create artificial gravity via centrifugal force. '

‘For Asgardia, this is probably not the final solution, but it is the building blocks to have fuel depots and logistic centers. And if can provide them using the upper stages that’s the expertise you want to develop’ concluded Manber.