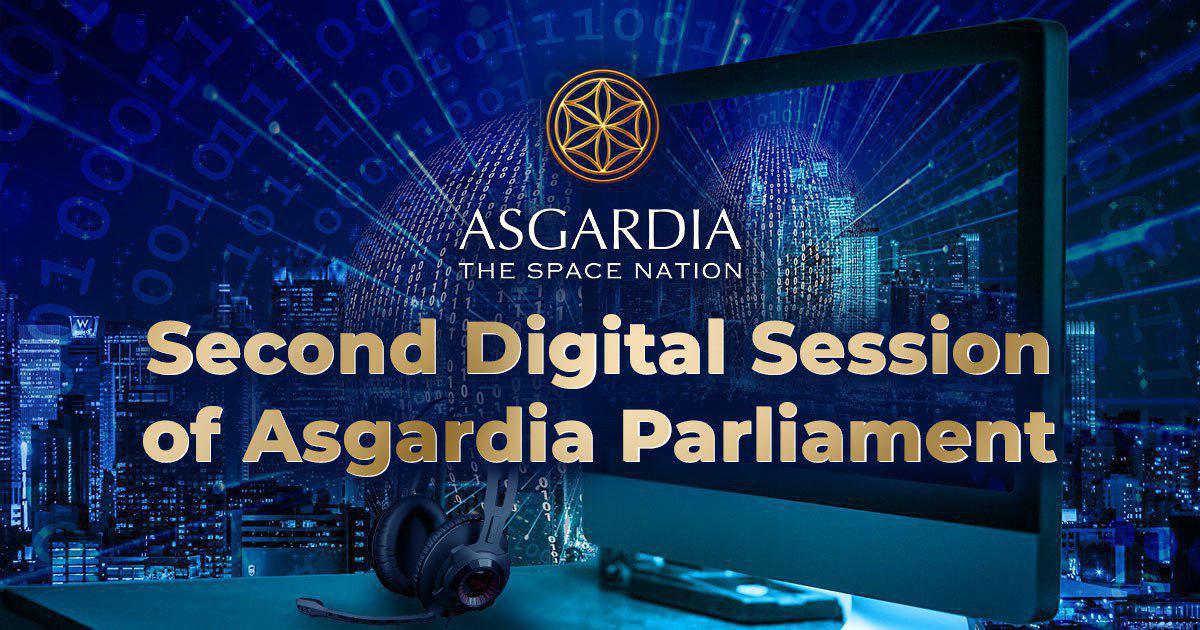 Asgardia’s Parliament begins its second digital session Thursday, coming together for the second time online. This week, key agenda items for Members of Parliament include voting on acting ministers, the nation’s budget and the national symbols of Asgardia.

MPs will be voting on the candidacies of the ministers of the following committees: Finance, Science, Citizenship and Culture.

Following requests from Asgardia’s MPs, a fast procedure for approving proposed ministerial candidacies is expected to be adopted, speeding up the appointment process while maintaining a Parliamentary vote without calling for an official Parliamentary Sitting.

Last year, Asgardia’s government worked thoroughly on developing its financial system principles, including drafting a budget for this year, holding an Economic Forum in Nice and introducing the voluntary Citizenship Fee. During this parliamentary session, Asgardia’s elected MPs will vote on the Act of National Currency and Basic Economic and Financial System Principles.

Flag, Anthem and Coat of Arms of Asgardia

In addition, the official national symbols of Asgardia – its flag, anthem and the coat of arms – will be voted on in accordance with Decree №8.

The full Agenda has been presented here.