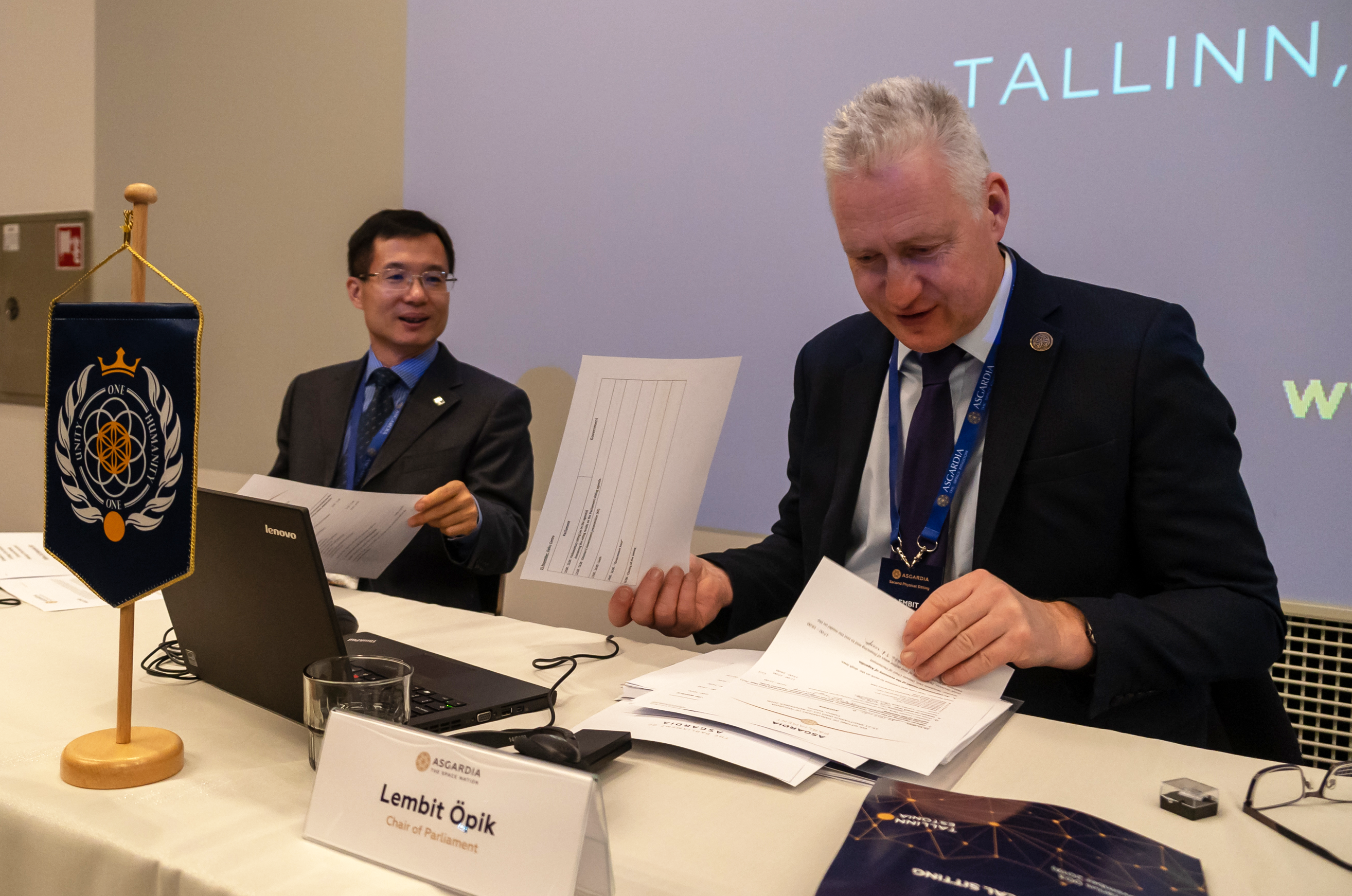 The second intramural sitting of Asgardian Parliament started in Tallinn today at the Öpiku Congress Centre, with Chairman of Parliament Lembit Öpik taking the floor to greet the participants and explain the agenda of the weekend that foresees making important decisions and taking new steps in Asgardia's development

'You have probably noticed that this building has the name of Öpik, right?' he begins. 'Well, this is not in my honor. It's named after my Grandfather, Astronomer Julius Öpik,' Lembit Öpik adds.

The Öpiku Congress center building has the highest point in the city with a marvelous view of Tallinn. All of its rooms and halls have space-related names.

Lembit Öpik said his grandfather would have been proud of what is happening there this weekend.

After his opening address, the Parliamentarians and the Government split to conduct their work.

The Parliamentary Session will vote on the Asgardian Citizens’ Bill of Rights and State and Private Civil Service Act.

Estonia's inspiring approach to developing its digital economy has motivated Asgardia to create the world's first-ever digital sole national currency, the Solar, as well as to shape a national economy adapted to flourish in the context of our digital era.

In this light, AMPs will also hold a debate on proposed National Currency and National Bank laws, see a presentation on economic development, and discuss the Space Digital Library proposal.

Besides discussing pressing matters and voting for proposed laws, the MPs and the Government will enjoy the benefits of personal communication, cultural events and a gala dinner.