Lichfield Cathedral Will Celebrate 50 Years Since the Moon Landing 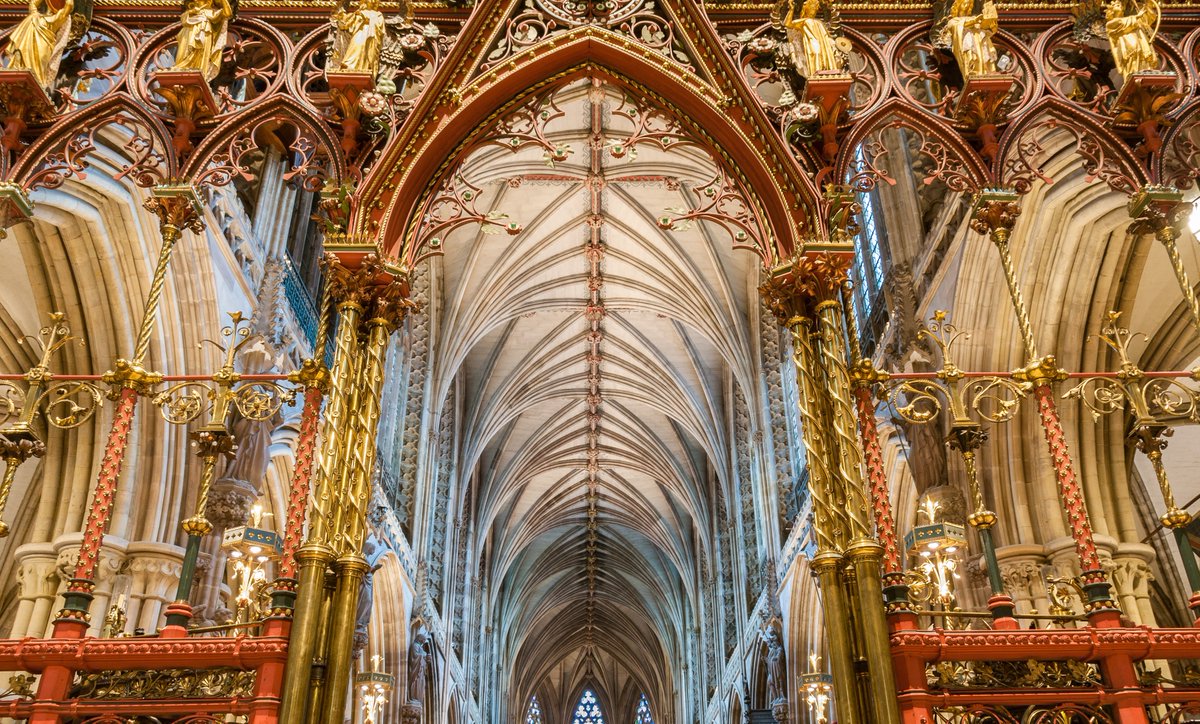 As a way to celebrate 50 years since Neil Armstrong set foot on the moon, this summer, an artist will transform Lichfield Cathedral’s stunning tiled floor into a representation of the lunar surface.

The three-spired cathedral located in Staffordshire has authorized the art installation to take place as part of its annual summer show, which is titled Space, God, the Universe and Everything. The cathedral’s resident artist, Peter Walker, will also employ light and sound installations inspired by outer space and planets.

The art exhibition will open on July 20th, the exact day of the 50th anniversary of Armstrong and Buzz Aldrin’s Apollo 11 moon landing. The astronauts were on the moon’s surface for over two hours, and the event was broadcast around the world where approximately 530 million people tuned in.

To honour the anniversary, the Lichfield Cathedral has organized special services, artworks, exhibitions, and lectures that aim to explore humankind’s place in the universe and the meaning of life.

The dean of the cathedral, Adrian Dorber, explained that the metaphor of a journey is very rich, and they are aiming to explore it in all its dimensions, including people’s actual journeys, the pilgrimage they choose, how they plan, how they get ready, what they bring with them, and how they navigate their journey through life.

Walker’s lunar landscape is known as One Small Step, and it will run the full length and width of the cathedral’s wide nave. After the sound and light are added, spectators will be able to stand on the lunar landscape and look back at the earth, which will be projected on to the ceiling. They will be able to see the galaxies and universes open up before them, creating an awe-inspiring experience in that space, Dorber said.

Walker added that although the real moon is untouchable, they wanted to bring the moon to the public and invite them to take their own small steps. The goal is to prompt people to explore possibilities, reach for the moon and reflect on what that means for them and all of humankind.

Moreover, the cathedral will be hosting a sci-fi film festival in August, a poetry competition to explore the ideas of light in the darkness, a lecture series on science and religion, and a school project to create a rocket.

Walker, the cathedral’s resident artist since 2016 said he is used to working in vast spaces. Walker added that people see cathedrals in a particular way so by bringing in contemporary initiatives and efforts, and experimenting within that space artistically or creatively, people become engaged in a different way than with the white walls of a gallery or a museum, and it enables the artist to play with their expectations and to have them commit in a different way.