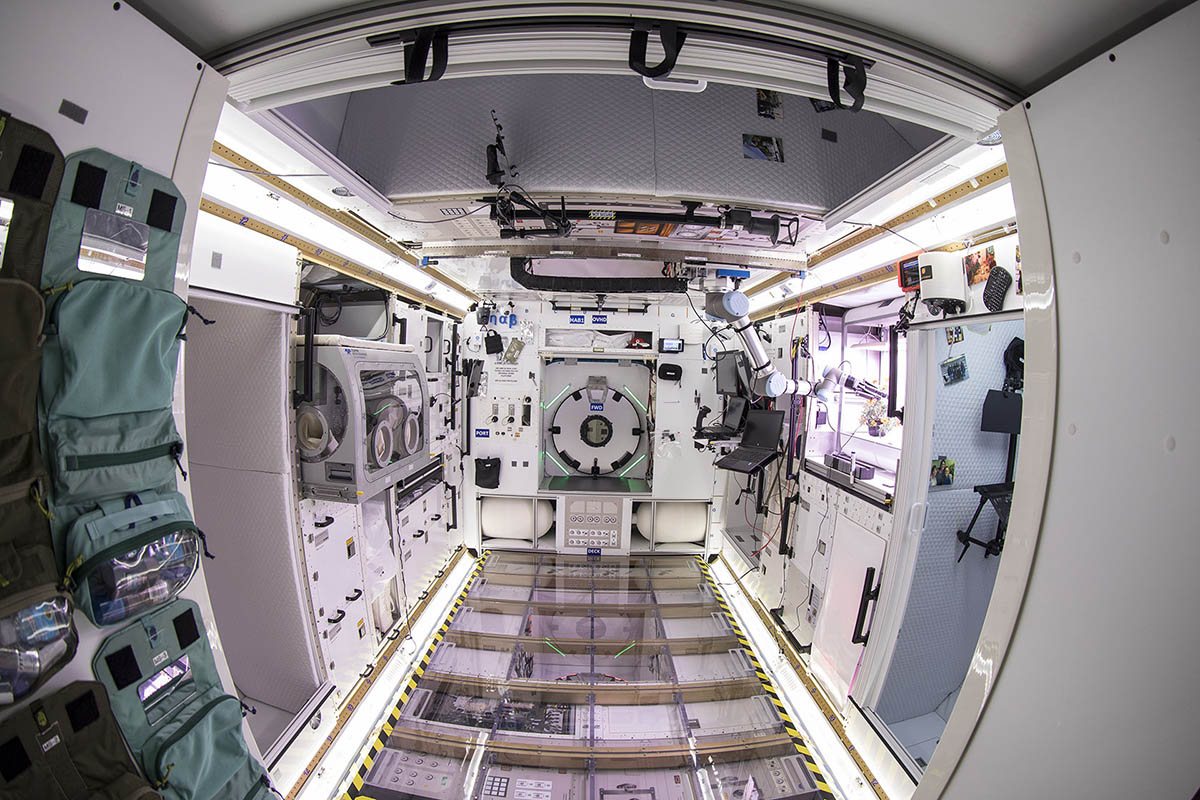 Within NASA’s Next Space Technologies for Exploration Partnerships program (NextSTEP) ) Lockheed Martin developed a full-size prototype of a habitable near-moon module that is to be tested for habitability, later to be used for new key technological developments required for survival in space near the moon, particularly for the future near-moon station Gateway

The prototype developed by Lockheed Martin got the name of Habitat Ground Test Article (HGTA). It is also a sort of laboratory that test systems intended for new missions. It is a largely modified  multipurpose material and technical provision Donatello Multi-Purpose Logistics Module that was previously intended for taking cargo to the ISS, but Donatello was never used.

Donatello HGTA was modernized to use all of its inside space. This, the prototype is multifunctional, it may be used for both scientific missions and research, as well as a living module for the crew.

To escalate and facilitate works on designing and developing the habitable version of a near-moon module the company used virtual and augmented reality, as well as 3D print technologies. The experience acquired at building  other spacecraft  — OSIRIS-Rex (automated station for studying the Bennu asteroid) and InSight (a landing module for Mars exploration).

The module is about 4.6 meters wide and about 6.7 meters long. According to developers, the general volume of environment under pressure is 64 cubic meters. The Orion capsule for transporting people to the outer space is about 20 cubic meters. The plan is that astronauts will be able to spend up to 90 days in the closed space of the HGTA module.

At present, the module is at the Kennedy Space Center in Florida, USA. A group of NASA astronauts will spend a week in the module starting March 25.

The crew will test the module for exploitation convenience, while also trying the new International Docking System Standard (IDSS) planned for use on Gateway.

After the test the module will be returned to Lockheed Martin for further optimization.