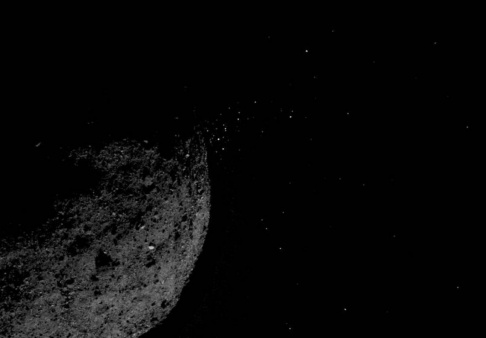 Initially, Bennu's terrain was believed to be rather rocky, but recent observations have shown large amounts of fine-grain rock in its four areas selected for potential sample collection. The team had to readjust, tasking themselves with obtaining samples of under 2.5 cm in diameter. This fall, OSIRIS-REx will select the principle and the backup sites — two of the four — for sample collection, and photograph rock groupings for precise navigation. Sample collection is set to begin in late 2020, with delivery to Earth on September 24, 2023.

The four chosen sites, named after Egyptian birds: Nightingale, Kingfisher, Osprey, and Sandpiper, vary geologically and geographically. First the mission planned on a 25-meter radius sample site, but finding that Bennu didn’t have vast areas without boulders, they started looking at spots of 5-10 meters in radius. 'We knew that Bennu would surprise us, so we came prepared for whatever we might find,' Dante Lauretta, OSIRIS-REx’s principal investigator of University of Arizona, Tucson, said.

The team reassessed the spacecraft’s capabilities and developed a new sampling method, 'Bullseye TAG,' for high-accuracy navigation to the surface, among other things. They will dedicate four months to meticulous study of the four candidate sites, paying particular attention to the fine-grain regions.

Rich Burns, OSIRIS-REx project manager at Goddard Space Flight Center, said: 'Although OSIRIS-REx was designed to collect a sample from an asteroid with a beach-like area, the extraordinary in-flight performance to date demonstrates that we will be able to meet the challenge that the rugged surface of Bennu presents.'

Three of the four sites sit in craters, and seem rather promising in terms of samplable material. OSIRIS-REx is NASA’s third New Frontiers Program mission managed by Marshall Space Flight Center in Huntsville, Alabama, for Science Mission Directorate in Washington.