Prof Laurence Young: 'What Have We Learned and What do We Still Have to do?' 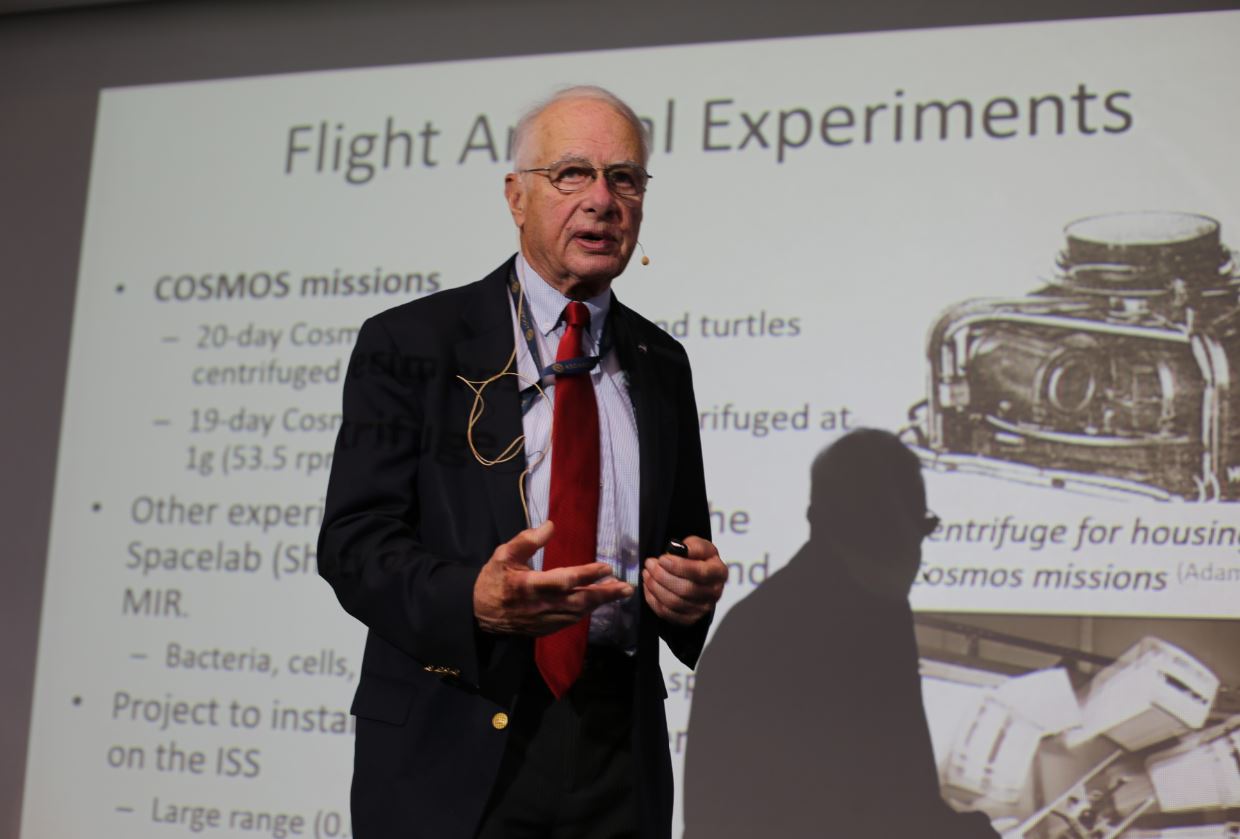 Prof Laurence Young, the Apollo Program Professor in MIT’s Department of Aeronautics and Astronautics, says artificial gravity (AG) would be a huge benefit for astronauts, particularly those embarking on long-duration space missions, such as a journey to Mars. At the First Asgardia Space Science and Investment Congress (ASIC)Prof Young presents his take on the pressing issue of development of artificial gravity systems for the colonization of the Solar System

Prof Young begins with a look at AG history. 'We’ve learned to look into differences between the results of the early Soviet cosmonauts’ experience and the early American astronauts’ experience. And to ask ourselves why they were so different. The American astronauts were not getting space motion sickness (SMS), while many of the Soviet cosmonauts were. The early experience was that there was no SMS reported, but it doesn’t mean it didn’t exist... The scorecard for the Apollo astronauts says 9 of 25 Apollo astronauts developed SMS. 2 out of those 9 had negative SMS histories, their questionnaire has shown that these people would appear to be immune. We were left with an issue: how do you predict susceptibility to SMS? Which one of us would be likely to be immune?'

'The answer appeared: the size of the vehicle was critical. Soviet vehicles from the beginning were larger and allowed more movement than the American vehicles. When the Americans finally got up to the sizes like Apollo, in which you could actually move around, the incidents of the SMS rose as well. So the revival of interest in what the vestibular functions are like in space and how this relates to artificial gravity were not driven by basic science, they were driven by operational issues.'

Prof Young presents a list of questions which 'would drive the continuing research on artificial gravity and adaptation.'

'Some of the ideas which were suggested seemed sensible, but either didn’t work out or haven’t been sufficiently tested to this time. This is a challenge for all of us: which ones of these need to be followed out further before we can address our primary challenge,' Prof Young explains.

'At first, it was thought that we can avoid DSMS (Dreaded Space Motion Sickness) by selecting only males and only fighter pilots. That looked good for a while but it’s not true!'

'We could try bio-feedback, it was tried briefly without conclusion. We could try devices in laboratory in which your linear motion would be associated with the rotation of the visual field to try to reproduce some of the visual vestibular conflict which we feel is present when we’re making movements in orbit,' Prof Laurence Young says.

However, the answer to SMS has still not been found.