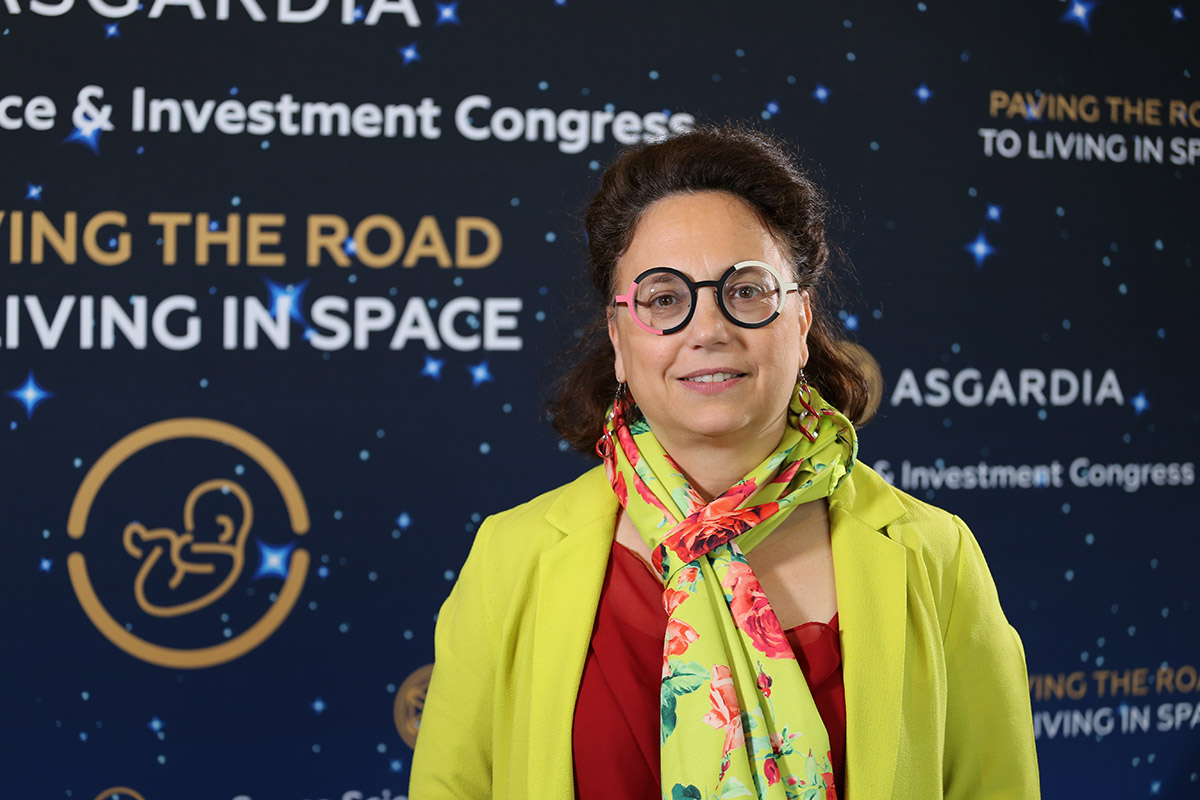 Enhanced shielding could be used to improve radiation resistance, so we need to find ways to compose material that can shield better. It’s known that very small atoms can provide better protection: hydrogen, boron or a mixture of hydrogen and boron. Water can also work, but for the Moon, we would need a 12-meter-layer of water to stop galactic cosmic rays and protect the astronauts.

Another aspect is peoples' radiation resistance. We aren’t equal in front of radiation, some of us are very sensitive to it, and some appear to be very resistant. So is there a way to personalize space programs for different astronauts?

In the next missions, especially in missions to the Moon, quite a lot of EVA will be conducted. The astronauts will go out of the Moon base, and it’s been predicted that they will do so up to 76 times with no protection from the space radiation except for the EVA space suit. Lunar missions will require total of about 30 000 hours of EVA, which is a lot compared to the 22 hours of EVA conducted last time humans were on the Moon during the Apollo 17 mission. No astronaut has ever performed more than 3 EVAs on the Moon.

Using pharmacological compounds, radioprotectors, 'started to give some interesting results,' said Prof Baatout. They protect bone marrow, the primary site of new blood cell production, which is the part of our body most sensitive to radiation.

The issue of biomarker development was also discussed. ‘A biomarker is any measurement reflecting an interaction between a biological system and an environmental agent, which may be chemical, physical or biological,’ explained the speaker. In the case of radiation, there are different categories of biomarkers: biomarkers of exposure to radiation will give you the clear idea on the type and time of exposure, biomarkers of sensitivity will let you to recognize susceptible patients from non-susceptible patients, and there are biomarkers of late persistent effects that will allow to detect the risk of disease early enough.

Baatout also noticed that it is extremely important to study further the effects of space radiation on cardio-vascular system, since blood cells and blood vessels appeared to be very sensitive. Brain cells are also easily damaged, not only do we lose neurons, we also lose the quality of neurological tissue due to the damaged connections between the cells.

To improve our radiation resistance, we have to look into other organisms that had managed to do so. Rotifers, aquatic invertebrates, are extremely radiation resistant. By sending it to the ISS, scientists hope to understand the mechanisms animal uses to protect itself from exposure and maybe even implement the same mechanisms in humans.