Room with a View: The Space Hotel Race is On 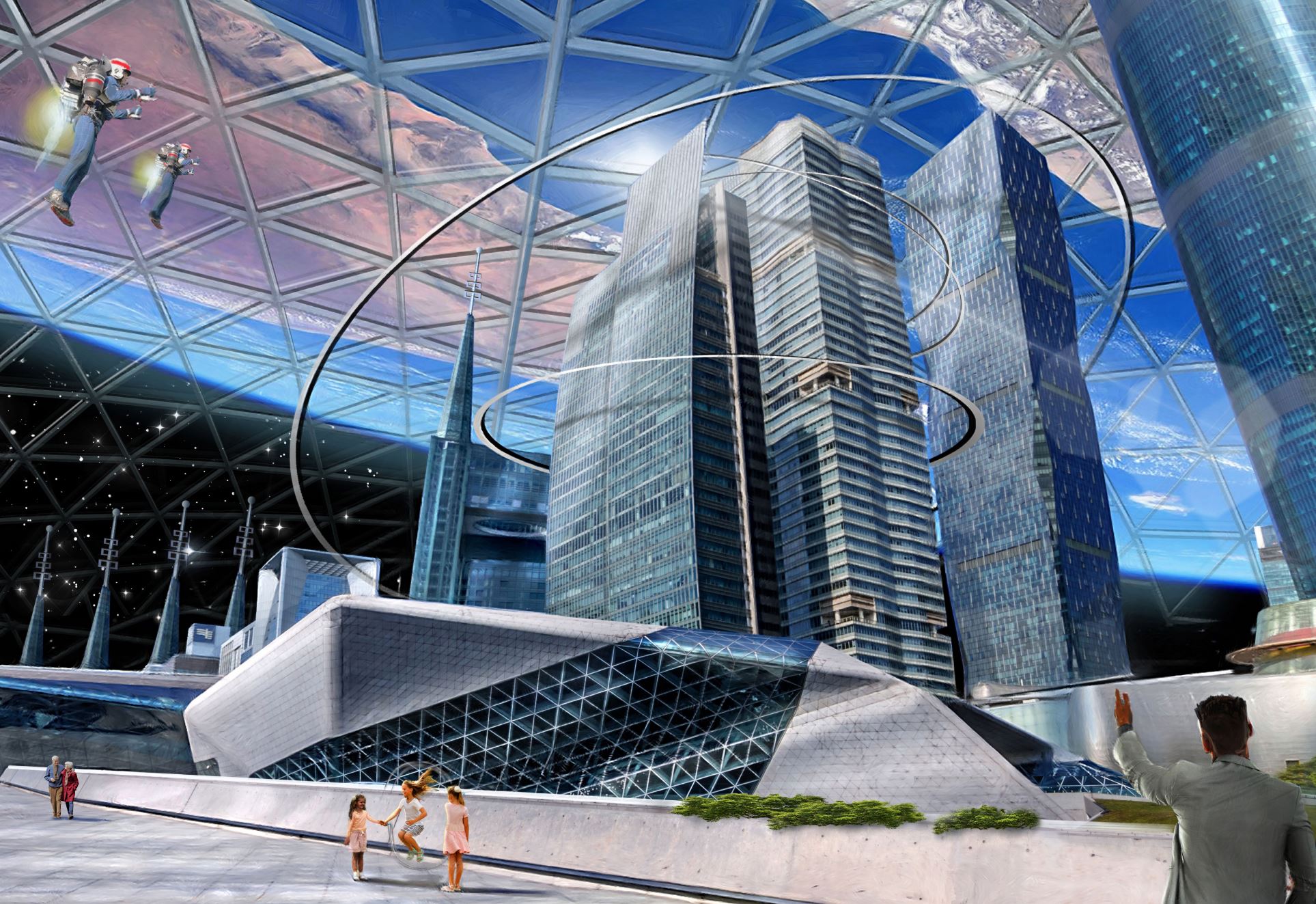 For tourists who are looking to do something new, extreme and out-of-this-world, a rocket ride and a space hotel with the view of Earth might just be the thing. Joining the space race are the private companies who hope to be the first to open the doors of a space hotel – or rather, a space station in orbit

'It sounds kind of crazy to us today because it is not a reality yet,' Frank Bunger, founder of Orion Span, one of such companies, told the Thomson Reuters Foundation. 'But that's the nature of these things, it sounds crazy until it is normal.'

Back in 2001, American entrepreneur Dennis Tito became the first space tourist who traveled to the International Space Station aboard the Russian Soyuz spacecraft. He paid a reported $20 million for the experience, and six other people followed suit. Many more have already put down a deposit and are waiting for such an experience.

In the meantime, there’s a race between the commercial space giants such as Boeing and SpaceX to make space accessible by decreasing the price of the commute, so to say.

An unlikely player is emerging in the hotel race: NASA. Just in June, the space agency announced that for a mere $35,000 per night, it could accommodate two space tourists on the ISS. The visitors could stay up for a month, and the first mission would take place as soon as 2020.

US aerospace company Orion Span is advertising its Aurora Class Space Station –a spacecraft shaped like a capsule that the company says offers unprecedented customization and affordability. While still in development, Orion Span hopes that the modular design will enable the Aurora to launch on a number of launch vehicles, including SpaceX’s Falcon 9.

The company plans to host the first guests by 2024, Bunger told the Thomson Reuters Foundation. Starting at $9.5 million, the space vacation would allow up to five travelers, along with a crew member, to fly to the Aurora for a 12-day stay. While in orbit, they would enjoy 16 sunrises and sunsets, play table tennis in microgravity and take part in scientific experiments.

Bunger said that 30 people already put down an $80,000 deposit for the Aurora seats. 'We haven't seen this kind of excitement about space since the Apollo era,' he said.

Meanwhile, another company – the Gateway Foundation – has plans that are even more ambitious: to build a space station that can host more than 1,250 guests and 150 crew. The company website says that its complex infrastructure can be called 'a destination hotel, a low-Earth orbit cruise ship, or a city in space with a spaceport.'

Shaped like a wheel and powered by the sun, the station would create artificial gravity by spinning at the core, according to chief architect Tim Alatorre.

'The problem is that you can only spin so fast before you start feeling sick,' he says. 'We could easily create Earth gravity on the station by spinning it faster, but you wouldn't be very comfortable.'

It is unclear how much a Gateway vacation will cost – although Alatorre did say that the goal is to make it 'accessible to the everyday person.' Industry observers say that might be a long way away, because the launch cost per seat is still high: for example, NASA will likely pay at least $50 million per astronaut to launch on SpaceX and Boeing vehicles.

Other companies have also promised space tourists to host them in orbit by now, including Spain’s Galactic Suite and Russian’s Orbital Technologies. Neither has come close to delivering.

Technological and financial challenges aside, there’s another problem for opening a hotel in space – a legal one. Currently, the only space legislation is the outdated 1967 Outer Space Treaty, which calls for a peaceful use of space, as well as for non-appropriation. And while business owners can open a business in space, they must do so with permission and oversight from the nation where their company in incorporated.

That means that the nations would be liable should anything go wrong, which makes governments reluctant to get involved in the ventures.

Bunger also says that the regulations are outdated, classifying the Aurora Station as arms technology because of its thrust capability. 'There is not one government in the world that has caught up to the reality that tourists are trying to go into space,' he said.

Not that any of these challenges have stopped the contenders, each of which is vying to be the leader in the emerging space hotel industry.