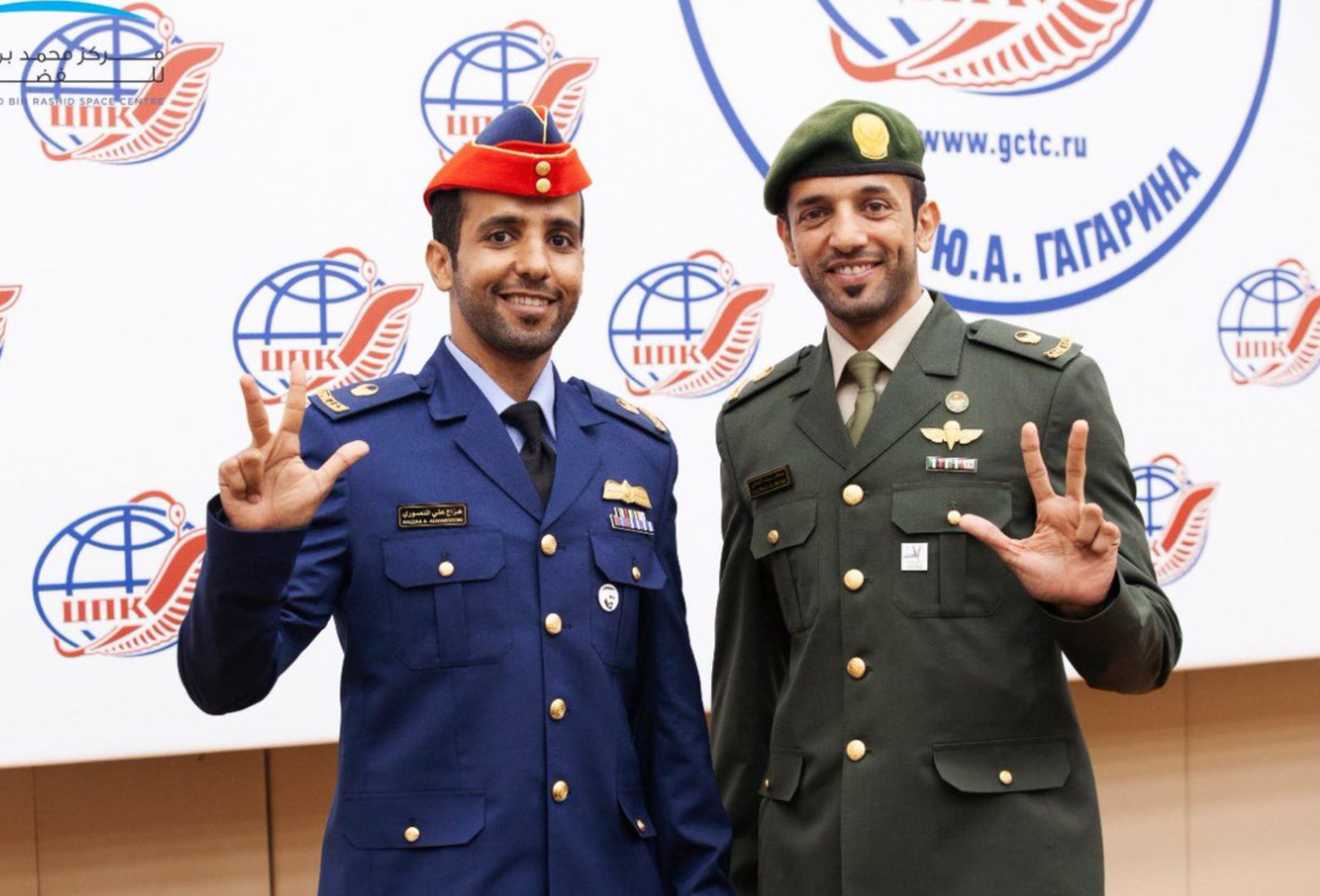 During his eight days on the ISS, first UAE astronaut Hazza Al Mansouri  traveled around the Earth 128 times, which makes about 5 million kilometres, becoming the third Arab in space, and the first in over 20 years

Before the Soyuz module undocked from the ISS, the Emirati astronaut  shared the image of space he had taken from the panoramic observatory module, Cupola, and paid tribute to Sheikh Zayed bin Sultan Al-Nahyan.

Upon returning to Earth, he wrapped himself in the UAE flag.

‘With fear and pride I am returning with Zayed’s ambition achieved, to bring back the golden air of Arab astronauts. We are not done yet, and we will never be,’ he said.

‘After that flight we will continue these talks,’ Manned Spaceflight Executive Director at the Roscosmos State Space Corporation Sergei Krikalev said Friday, October 4 2019, during celebrations in honor of Al Mansouri’s first space expedition held in Dubai.

Therefore, the discussion between Roscosmos and Abu Dhabi concerning autonomous flights of UAE astronauts on Russian spacecraft in the future is very likely to continue.

Roscosmos’ executive director explained that for long flights, the crew will be lead by a Russian commander, an UAE astronaut, and an astronaut from another country - or two Emirati astronauts.“

‘Congratulations to the people of the UAE for this historic achievement,’ said Sheikh Mohammed bin Zayed Al-Nahyan. ‘Zayed’s sons will fulfill our ambition to reach Mars.’

The first satellite made in UAE, KhalifaSat, was launched from Japan last year. By 2020, the Emirates plan to launch the Hope Probe.