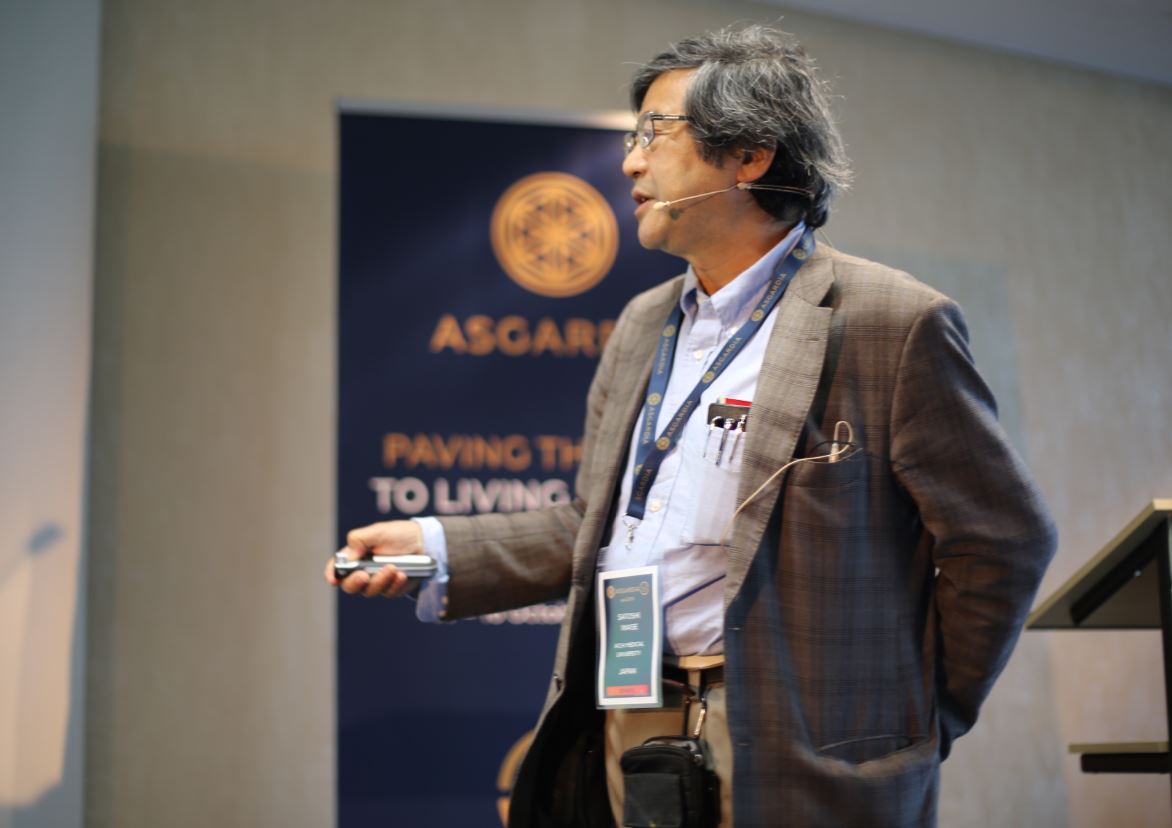 The presence of prolonged microgravity in space has long been known to deteriorate various aspects of the human body such as bones and muscles. To counteract such debilitating effects, research groups around the world are investigating artificial gravity. Artificial gravity has long been suggested as a comprehensive countermeasure that is capable of challenging all the physiological systems at the same time, therefore maintaining overall health during extended weightlessness. One of the most famous scientists in the world in the field of Artificial gravity, Satoshi Iwase, Professor of the Department of Physiology at Aichi Medical University (Japan), shared his view on perspectives on organizing experiments with Artificial gravity on ISS

The engineering teams have designed and tested human centrifuges — spinning platforms that create G-forces at high speeds, strong enough to simulate gravity. An astronaut riding in a centrifuge would feel the amplifying effect of gravity.

Ergometric exercise used at those experimental devices for 21 days in a -6 degree head-down bed-rest position allowed for reducing the negative effects by about 20%. The improvements included: cardiovascular and musculoskeletal systems, bone metabolism, thermal regulation, endocrinology, immunology, and body fluid shift to the head.

The AGREE Project, a joint venture between the AMU, JAXA, NASA, and ESA, was initiated to install a similar d=2.8 m ergometric exercise device of a new model on board the ISS for the first in-flight testing of the effectiveness and acceptability of AG as a countermeasure to human deconditioning in orbit. It was supposed to be installed in a Multi-purpose Module on board the ISS. The project has been scheduled to last in 2009-2014, but unfortunately at a later stage it was cancelled. Assumed reasons for the cancellation were vibration produced by rotation spoils the structure of the ISS, budget problems of ESA, and weak position of JAXA.

Recent proposal is to install the short radius centrifuge in H-II transfer vehicle (HTV), in other words — AGREE revisited! It has to be manufactured on the Earth and to be installed until the end of the ISS. It is proposed to be installed in HTV of the Japanese experimental module KIBO.

'This time there will be no negative effect on ISS structure,' Dr Satoshi Iwase assures.

Practical issues related to this module installation will be discussed next year.