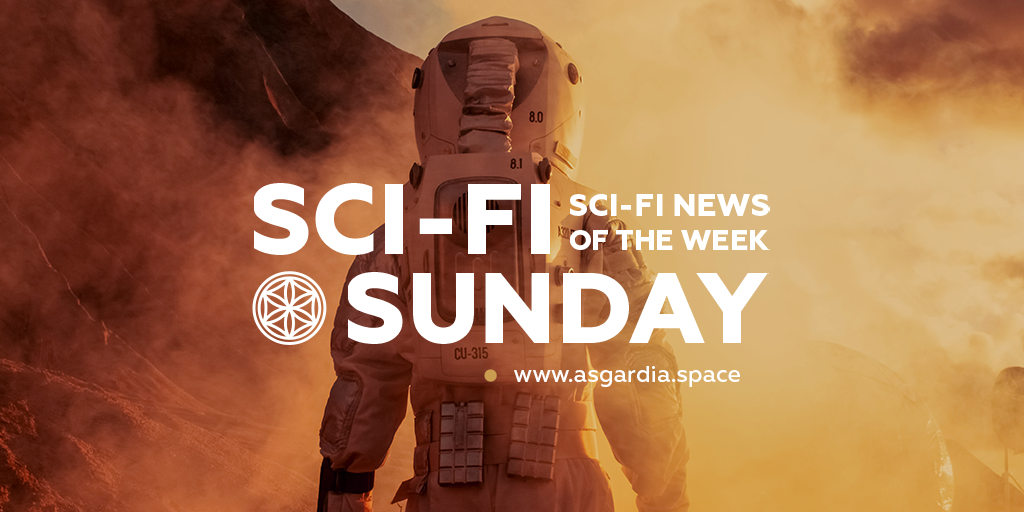 This week was rich with trailers, released both officially and unofficially, as well as cast and show confirmations.

‘Fast Color’ is a multi-generational black superhero movie of a woman with super “A woman is forced to go on the run when her superhuman abilities are discovered. Years after having abandoned her family, the only place she has left to hide is home.” In the story, we’ll be specifically following three generations of black women who can create “strange and powerful things.”

Gugu Mbatha-Raw and Lorraine Toussaint Star in the Unique Sci-Fi Vision Arriving on Digital June 18 and on Blu-ray and DVD July 16 from Lionsgate.

Sometimes fans just get so excited about a film that they just have to share ahead of the official release. The Monster Hunter Asia fanpage released a bootleg cam copy of the trailer for Monster Hunter.

Official synopsis: Behind our world, there is another — a world of dangerous and powerful monsters that rule their domain with deadly ferocity. When Lt. Artemis and her loyal soldiers are transported from our world to the new world, the unflappable lieutenant receives the shock of her life. In her desperate battle for survival against enormous enemies with incredible powers and unstoppable, terrifying attacks, Artemis will team up with a mysterious man (Jaa) who has found a way to fight back.

If this trailer shows anything, the film will offer big monsters and an action packed movie! With Monster Hunter scheduled to be in theaters on September 4, 2020 we should see the official trailer released sometime around fall this year. Until then, enjoy!

Fans of the original series created by Garth Ennis have been waiting to see how Amazon would adapt it for television. Judging from the trailer, they have done a ‘super’ job!

Official synopsis:  Supes have been committing atrocities, which keep getting swept under the rug because they are revered by an adoring public. Billy Butcher recruits The Boys who have all been wronged by The Seven, the world’s most notorious superheroes, to bring them down and stop the corruption. Based on the best-selling comics by Garth Ennis, The Boys is a revenge story where the nobodies take on the somebodies.

‘The Boys’ arrive on Amazon Prime Video on July 26th.

Netflix released a spoilery trailer for season 3 of Stranger Things

Netflix released an additional trailer for season 3 of Stranger Things that gives us a closer look at scenes from the upcoming series. Warning! If you do not want to be spoiled on a major plot point we recommend that you do not watch the trailer below.

It looks like it’s going to be an amazing season that further adds to the Stranger Things mythos and development of it’s characters.

Amazon's anticipated and long-gestating Wheel of Time TV series is moving forward and has cast its lead. The series is based on Robert Jordan's best-selling novels, which have sold more than 90 million copies worldwide. Rosamund Pike (Gone Girl, Die Another Day) has landed the leading role in the live-action fantasy series based on Robert Jordan's best-selling novels.

The Wheel of Time is set in a sprawling, epic world where magic exists and only certain women are allowed to access it.

Official synopsis:  The drama follows Moiraine (Pike), a member of the incredibly powerful all-female organization called the Aes Sedai, as she arrives in the small town of Two Rivers. There, she embarks on a dangerous, world-spanning journey with five young men and women, one of whom is prophesied to be the Dragon Reborn, who will either save or destroy humanity.

The Wheel of Time fantasy series consists of 15 volumes, a prequel novel and two companion books and has sold more than 90 million books since its 1984 debut. With that amount of source material and fanbase it is anticipated to be an amazing hit.

Netflix shared first look images from their ‘Another Life’ series and confirmed the release date.

Another Life centers on astronaut Niko Breckinridge (played by Katee Sackhoff) who is focused on searching for alien intelligence. As she leads a young crew on a mission to explore the genesis of an alien artifact, they face unimaginable danger on what might very well be a one-way mission.

Netflix has also confirmed that we only have to wait just a little over a month to watch the series on Thursday, July 25th, 2019!

Owen Wilson and Salma Hayek will team up in Amazon’s upcoming science fiction drama ‘Bliss’, to be written and directed by Mike Cahill.

Official synopsis: The story follows recently divorced Greg (Wilson) who meets the enchanting Isabel (Hayek), a woman who lives on the streets and is convinced that the polluted, broken world around them is not real. She believes they are living in an ugly, harsh world simulation inside of the beautiful, peaceful “real” world of bliss. Doubtful at first, Greg eventually discovers there may be some truth to Isabel’s wild conspiracy theory.

We are looking forward to finding out more information about this series and it’s eventual release date!