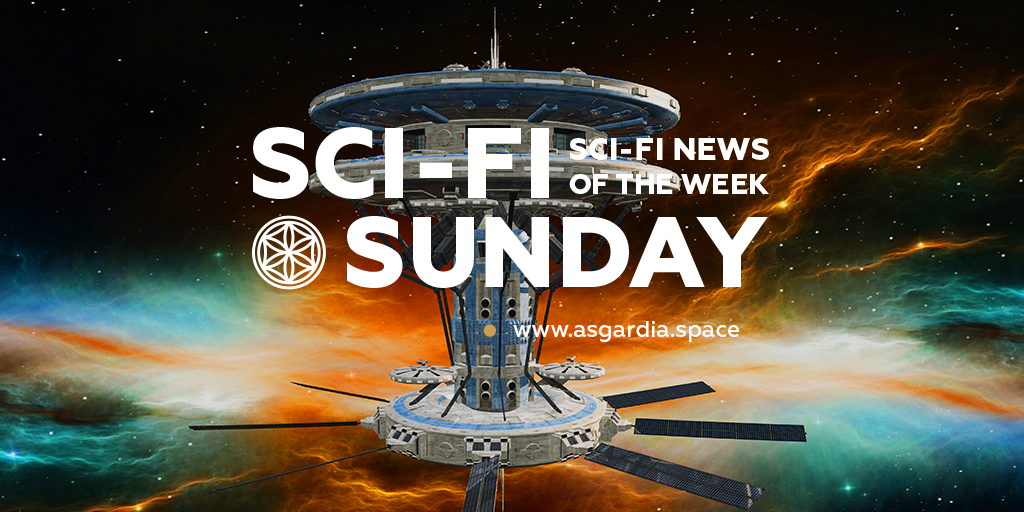 This past week Star Trek fans were treated to many new details about the upcoming Star Trek series centering around their iconic character Jean Luc Picard. First with an official name, a logo and a sneaked photo. The official title is "Star Trek: Picard."

With domestic rights in the USA going to CBS All Access, Amazon pulled a fast one and snagged the international rights to the series!

“We’re thrilled to partner with CBS to bring the newest edition of the storied ‘Star Trek’ franchise to our international Amazon Prime Video customers,” said Brad Beale, VP of worldwide content licensing for Amazon Prime Video. “With the incredible Sir Patrick Stewart returning as the beloved Jean-Luc Picard, we’re excited we can give ‘Trek’ fans both old and new the opportunity to see him back in action.”

NerdNewsToday was sent some amazing onset photos that show new outfits and new uniforms from the series. Jounalist Kate Arthur attending a CBS event in which they were shown a ‘teeny look’ at the new series as well!

HBO Released the official teaser for ‘His Dark Materials’

The HBO series ‘His Dark Materials’ is based on the English novelist Philip Pullman’s best-selling trilogy, reveals a world where science, theology and magic are entwined.

Synopsis: Adapting Philip Pullman’s award-winning trilogy of the same name, which is considered a modern masterpiece of imaginative fiction, the first season follows Lyra, a seemingly ordinary but brave young woman from another world. Her search for a kidnapped friend uncovers a sinister plot involving stolen children and becomes a quest to understand a mysterious phenomenon called Dust. As she journeys through the worlds, including our own, Lyra meets Will, a determined and courageous boy. Together, they encounter extraordinary beings and dangerous secrets, with the fate of both the living — and the dead — in their hands.

From what we can see from the trailer, it’s a star-studded cast with James McAvoy (X-Men), Ruth Wilson (The Affair) and Lin-Manuel Miranda (creator of Hamilton). They are joined by Clarke Peters (The Wire) and breakout star Dafne Keen (Logan).

There currently isn’t a set premiere date, but network president Casey Bloys recently suggested that it would air on Monday nights in late 2019.

DC Entertainment and Warner Brothers dropped the trailer and release details for the highly anticipated next installment in the animated superhero series. In the trailer, fans get plenty of shots of their favorite heroes (and antiheroes) in action, this trailer also introduces one of the most intellectually challenging villains that Batman has ever faced in the mysterious Hush.

Synopsis: A true Batman detective mystery, which sees the Dark Knight being stalked by an unseen foe. This shadowy manipulator not only sabotages Batman's missions at key moments, but as the investigation quickly proves, this puppet master is also retraining Batman's old rogues to work in new, coordinated ways. The deeper Batman looks into the matter, the clearer it becomes that he's locked in deadly chess game with a player who is always two moves ahead - and worse yet, his enemy isn't just playing Batman, but Bruce Wayne as well. The implications of that fact end up changing both Batman and Bruce's worlds forever.

Batman: Hush will be available from digital retailers starting on July 20th

Seth MacFarlane’s ‘The Orville’ renewed for a third season

Unsurprising to fans, ‘The Orville’ will be returning for a third season. Seth MacFarlane‘s love letter to “Star Trek” started as a cheesy comedy and while some of those elements remain, it has grown into a more serious and fun science fiction series.

Created, written by and starring MacFarlane, the show, set 400 years in the future, follows the adventures in the final frontier of the USS Orville, as its human and alien crew tackles the battles, politics and workplace drama of galactic travel. MacFarlane plays Capt. Ed Mercer, and directed some episodes.

The Syfy network ordered to series  live-action adaptation of the star-spanning Vault Comics series ‘Vagrant Queen’. The series will be produced by Blue Ice Pictures and by an all-female team of writers and directors featuring Jem Garrard as creator and showrunner. The first season of this “fun, violent, snarky, space opera” consists of ten one-hour episodes. Adriyan Rae (‘Light as a Feather’) has been cast in the lead.

Synopsis:Vagrant Queen follows Elida from child queen to orphaned outcast, as she scavenges the treacherous corners of the galaxy, always one step ahead of the Republic government out to extinguish her bloodline. When her old friend Isaac shows up claiming her mother Xevelyn is still alive, they head off with their new ally, Amae, to stage a rescue that will take her back into the perilous heart of her former kingdom and up against a deadly foe from her childhood, Commander Lazaro.

No release date has been announced but as soon as one is we will certainly let you know!

‘Krypton’ fans were treated to a Lobo filled trailer and behind the scenes look at the much requested character.

For many years, superman and Justice League fans have been looking forward to a live action version of the ‘Ultimate Bastich’ Lobo. Season two of Krypton is bringing the ‘Machete Man’ to the small screen in all his glory. Dc Universe has released both a teaser trailer and Behind the Scenes look ahead of the upcoming season.

“The Last Czarnian” who was first introduced in comics in the 1983 release of ‘Omega Man’ #3 far before he became one of Superman’s villains. The Behind the Scenes look gives fans a good impression on how crazy things got on set for cast and crew.

Superman prequel returns for an all-new season June 12 on SYFY.