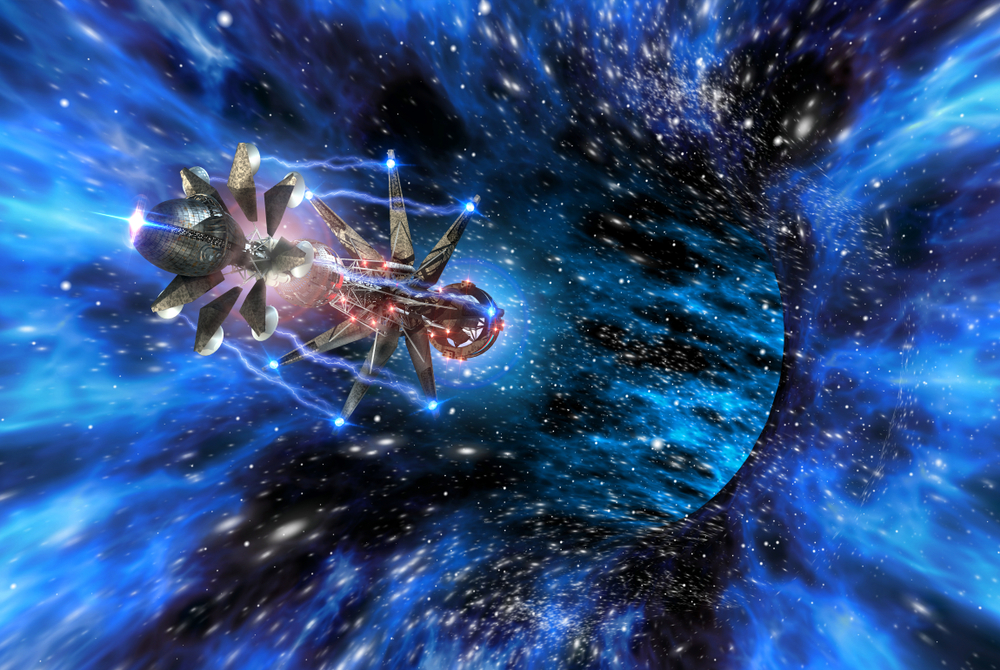 Fusion-powered spacecraft so often mentioned in sci-fi books may become a reality in a very foreseeable future. The team of experts at work to develop the Direct Fusion Drive (DFD) engine, say that it could take off around 2028

The DFD is approximately the size of a minivan, and it's capable of getting a 10,000 kilograms robotic spacecraft to Saturn in only two years, and to Pluto within five years, according to project team members. In comparison, NASA's Cassini mission took 6.75 years to reach Saturn and its New Horizons probe took 9.5 years to reach Pluto.

What's more, the engine also serves as a strong source of power, which means it could be used for a wide range of applications off-Earth.

For instance, NASA's upcoming Moon-orbiting space station, called the Gateway, could be powered by the DFD and so could lunar bases or colonies on Mars, said Stephanie Thomas, a project team member and the vice president of Princeton Satellite Systems in Plainsboro, New Jersey, during a presentation with NASA's Future In-Space Operations working group.

The DFD builds off of the Princeton Field-Reversed Configuration (PFRC), a fusion-reactor concept developed in the early 2000s by Samuel Cohen of the Princeton Plasma Physics Laboratory (PPPL). Thomas said, the DFD is essentially a PFRC reactor with an open end, where the exhaust flows to produce thrust.

The inside of the DFD will have a magnetically contained hot plasma of helium-3 and deuterium, a unique "heavy" form of hydrogen that has one neutron in its nucleus (instead of "normal" hydrogen, which has no neutrons). The atoms contained in these elements will fuse within this plasma, producing lots of energy — and hardly any harmful radiation, as per Thomas.

Once the plasma fuses, it heats up the cool propellant flowing outside the confinement area. Then this propellant is directed through a nozzle located at the rear of the engine, which generates thrust.

The massive amount of heat means a lot of power — probably between 1 and 10 megawatts, explained Thomas. The DFD will use that power via a "Brayton cycle" engine to convert most of the heat into electricity, allowing a DFD mission to perform vast amounts of science work once it arrives at its destination.

For instance, a Pluto orbiter that runs on fusion could beam power to a lander on Pluto's surface and also send high-definition video back to our planet, said Thomas.

Nobody has been able to harness nuclear fusion into a full-scale, commercially viable fusion reactor. However, Thomas and her colleagues believe their concept could finally succeed.

The team has already demonstrated some core concepts with the PFRC-1 experiment, which took place at PPPL from 2008 to 2011, and PFRC-2, which is currently running. The researchers have not achieved fusion yet, but they hope this will happen with PFRC-4 in mid-2020s.

If all goes well, a flight prototype would be next in the works, and then an actual mission could follow the successful flight demonstration — possibly as early as 2028, according to Thomas.