Scientists Look for Ways to Clean up Radiation in Space 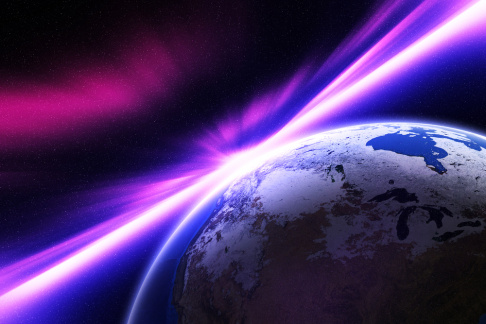 On July 9, 1962, the US military blasted a 1.4-megaton nuclear bomb into space in a test that was called Starfish Prime. While the orbiting satellites were supposed to have been out of range, they began to wink out, one by one. It turns out the radiation from the blast sent out high-energy electrons that damaged the electronics of the satellites

This test, and similar tests by the USSR, raised new concerns: if nations such as North Korea wanted to disrupt satellites, none of which belong to the nation, they could easily create chaos by launching nuclear weapons to space.

How do we protect ourselves from nuclear war in space? Scientists are working on a solution. Three experiments are in the works – one is already in orbit, and two will launch in 2021. The purpose of these experiments is to gather data on how to draw out the high-energy electrons from the radiation belts in a process known as radiation belt remediation (RBR). This process also happens naturally, when deep-space radio waves knock electrons into the upper atmosphere, where they shed energy and produce aurorae. Natural RBR, however, is not fast enough to clear a radiation belt.

NASA’s Van Allen Probes, which were launched in 2012 and deactivated in 2019 when they ran out of fuel, were used to study the Van Allen radiation belts around Earth. The probes gave us some insight into the natural RBR process.

Then scientists took it a step further, designing artificial remediation by sending radio waves into the radiation belts. One potential solution is an orbiting RBR platform that will rely on US Navy’s very low frequency (VLF) antenna towers – what they use to talk to submarines. The US Air Force launched the largest uncrewed structure in space – the DSX dipole antenna – earlier this year. The purpose of 110-meter-long DSX is to transmit VLF waves into the Van Allen belts and to measure particle precipitation in hopes of answering some basic questions about physics in space.

There’s more. Los Alamos and Goddard Space Flight Center scientists are teaming up to conduct a second VLF precipitation experiment. In 2021, they will launch a rocket with an experiment that will beam electrons and generate VLF waves that can sweep up particles. They believe that a compact electron accelerator has a better chance of sweeping up space than a VLF antenna.

The third experiment, also slated for 2021, will come from the Naval Research Laboratory. A sounding rocket will be released into the ionosphere, where it will eject 1.5 kilograms of barium atoms. Barium will in turn create moving plasma that emits radio waves. In essence, this will be the space version of a magnetron.

It seems we’ll know soon enough which RBR system is the most effective. Whatever the technology we end up relying upon, there are risks. It is possible that cleaning up space can dump energy into the upper atmosphere and disrupt navigation and communication for airplanes, for example. It could also affect the ozone layer. Still, safeguarding against a nuclear blast may have long-lasting applications, such as protecting astronauts from the Van Allen belts and other radiation sources on their way to and from deep-space destinations. Perhaps one day they can use VLF transmitters to ensure safe passage.