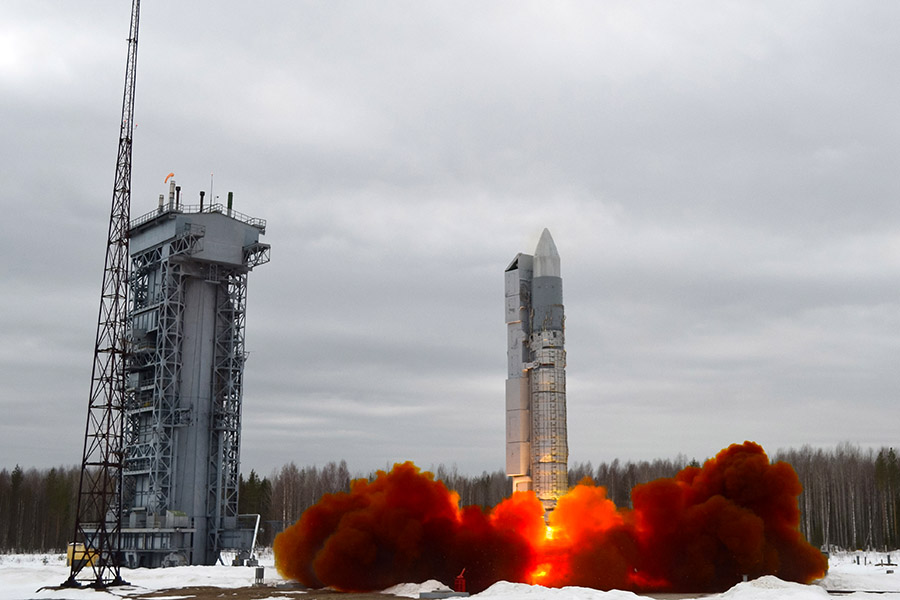 It’s happened again: the Russian military has announced that it has launched three classified satellites into orbit, along with the fourth object, the upper part of the rocket. The problem is, the US Combined Space Operations Center (CSpOC) and the US-Canadian North American Aerospace Defense Command (NORAD) both say that there is a fifth object, possibly a satellite.

The objects were launched from the Plesetsk flight facility in Western Russia on 30 November. The three Rodnik communications satellites – Kosmos-2530, Kosmos-2531 and Kosmos 2531 – deployed into orbit.

The event would have gone tracked but largely unnoticed, as thousands of satellites are launched every year, had it not been for the fifth unexplained object. While it is possible that the upper stage of the rocket had broken into fragments, there is also a distinct possibility that the fifth object is another so-called “inspector satellite.”

An inspector satellite does just that – inspect other objects in space. On the surface, its tasked with reasonable goals: to investigate damaged or malfunctioning objects so that engineers on Earth can decide when and how to repair or replace them. The US, China and Russia have been developing these types of satellites, and the research has focused on their ability to perform limited repairs in space on their own.

The problem is that these satellites, because they are able of getting close to objects in space, can also act as spies and even weapons. They can gather intelligence on foreign satellites, and they are capable of disrupting the functioning of other space objects – which is why they’ve also been dubbed “killer satellites.” They may be equipped with electronic warfare that is aimed at disrupting the operations of their targets.

The caveat with the fifth unidentified object, of course, is that this has happened before. In 2014, Russia launched three Rodnik communications satellites. The US military tracked five objects, and the fifth object turned out to be Kosmos-2499, an inspector satellite. There are similarities in the 2014 and 2018 case.

The question then becomes, has the spy war between the US and Russia made its way into space? There is some evidence to suggest that the US government has been interested in the development of stealth satellites – possibly to protect its assets in space from both humanmade and space threats. It is not unreasonable to assume that the Russian satellites are looking for a way to locate these American satellites.

In 2018, the US raised concerns about the potential non-benign uses of these satellites by the Kremlin. Russia denied any such implications, saying that the satellites are not weapons – but failed to provide any proof of these statements. At the same time, Russia has been developing an anti-satellite weapons program: in 2018, it developed air-launched anti-satellite interceptors, in addition to its existing ground-based interceptors. Russia is allegedly working on airborne laser systems that can destroy or damage the optics on spy or early-warning satellites.

What is clear is that Russia and China are developing anti-satellite capabilities to match and potentially outdo the US space presence. There is no space law currently prohibiting dual-use systems with on-weapon functionalities – and therefore the inspector satellites are perfectly legitimate. In fact, the US has vehemently opposed treaties that aimed to limit space-based weapons.

What is unclear is the where to draw the line on what would constitute a weaponized conflict in space, as well as the degree to which these space-based weapons, including “killer satellites,” are a threat in terms of instigating such a conflict.