SpaceX’s IPO as Far Away as its Mars landing 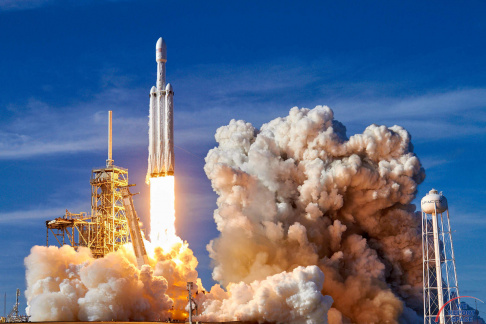 When Virgin Galactic became the first publicly traded commercial space company last October, eyes fell on Elon Musk’s SpaceX – will it follow suit? With one of its two major space tourism competitors going public, and its NASA Commercial Crew Program counterpart, Boeing, being a publicly traded company, some have wondered whether – and when – the company will consider an IPO.

Elon Musk has previously said that he has no plans to take the company public – adding that shareholders agree that it’s best for the company right now. However, speculations are there that SpaceX will go public after a successful trip to Mars.

So far, the company’s focus on reusable space technology has set it apart from competitors – none of its competitors have similar technology. By shifting the focus from one-time-use rockets to reusable tech, SpaceX aims to save money on manufacturing of rockets and thus the cost of spaceflight.

SpaceX currently operates via private funding and is wholly owned by management and employees, with Musk being the largest shareholder. The company has received funding from Founders Fund, Draper Fisher Jurvetson and Valor Equity Partners – and other investments by these firms include Airbnb, Spotify, Twitter, Lyft and Coinbase.

In addition, Google and Fidelity have also allocated funds totaling $1 billion, or 10% ownership, to the company. The bottom line is, by staying private, SpaceX can do what it wants, as it wants and when it wants.

The dance with NASA

SpaceX also has a lucrative relationship with NASA, including a $1.6 billion agreement to deliver cargo to the International Space Station, and the $3.14 billion it received to date to provide transport for astronauts to the ISS. Musk likely will want to keep the government contracts in place, and staying private helps ensure these contracts. However, even after an IPO, NASA will likely use not only private contractors, but public companies as well (Boeing being a prime example).

Perhaps one reason SpaceX is staying away from an IPO is to avoid the restrictions and hurdles faced by NASA and the like. Without requirements to fulfill, the company has moved swiftly through the development process.

This is not Musk’s first promising project: his two other major projects, Tesla and Paypal, went public. So it would be no surprise if SpaceX were also to go public – and it may just be a question of “when.”

Why hasn’t it gone public? Musk has said that the company’s long-term goals – and the expectations of stockholders – would not align if the company were to have an IPO. That is, if the company focused on profits, it would have to let go of its ambitious Mars goals. However, going public is possible after the company is ready to offer trips to Mars, Musk has said. The goal is to send humans to Mars in 2026 – years ahead of NASA’s goals for the same thing.

There is something that could change that: a hefty investment from the US government or an institutional investor that would finance the Mars program. However, there’s no word on the street about such an investment in the near future.

For now, SpaceX, which is still a young company, having been around for less than two decades, is not suffering from lack of funding, even in spite of its mishaps, such as the explosion of the Crew Dragon capsule. If the company meets its 2026 goal for traveling to Mars, we may just see an IPO. Until then, SpaceX is focused on successful launches and the Commercial Crew Program, as well as more government contracts that are yet to come.