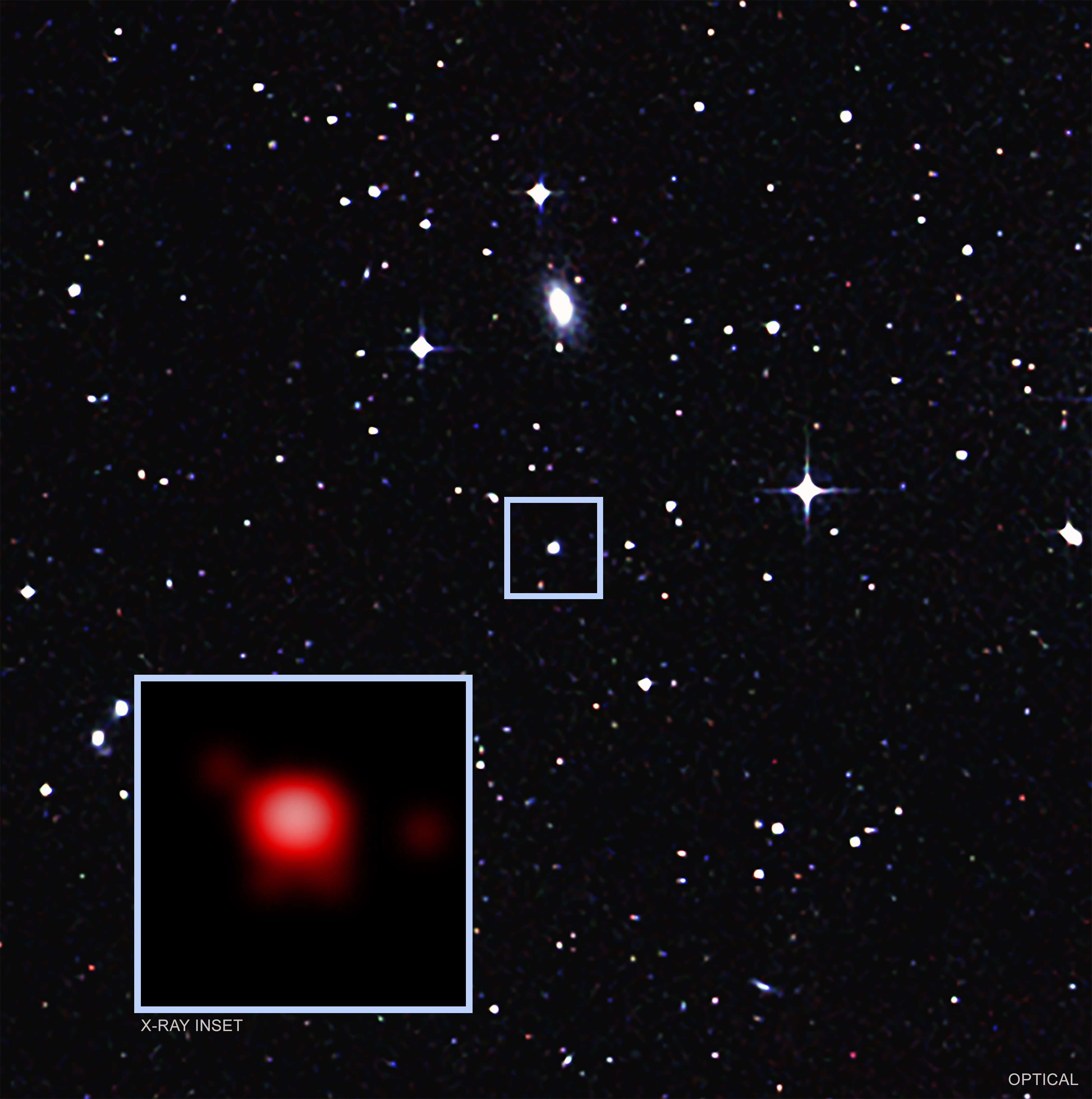 Astronomers from NASA and the European Space Agency (ESA) detect a supermassive black hole at the center of GSN 069 galaxy, which regularly consumes large amounts of matter. According to the agencies, every nine hours a black hole absorbs a portion of matter that weighs like four Moons.

The discovery was made using data from the Chandra X-ray Observatory NASA and X-ray Multi-Mirror Mission ESA spacecraft. Using the data collected by these two space observatories, the astronomers were able to pinpoint the source of the recurring X-ray bursts - a black hole in the center of the GSN 069 galaxy, located 250 million light-years from Earth, its mass is 400,000 times the mass of the Sun.

“This black hole is on a meal plan like we’ve never seen before.” 🥘 Consuming ~4 Moons’ worth of material ~3X a day, a supermassive black hole light years away is giving scientist a unique chance to study the behavior of these mysterious objects. See how: https://t.co/Q1zT3ueaGDpic.twitter.com/CCyX1ozRXd

Astronomers have previously noted periodic flares in the region of black holes weighing up to 10 solar masses but never before had such behavior been observed in supermassive black holes.

'This behavior is so unprecedented that we had to coin a new expression to describe it: X-ray Quasi-Periodic Eruptions,' says Giovanni Miniutti from the ESA’s Center for Astrobiology in Spain.

During flares, the x-ray power becomes about 20 times stronger than in calm times. The temperature of a gas tending to a black hole also rises from about 1 million degrees Fahrenheit in a quiet period to about 2.5 million during outbreaks. The latter temperature is similar to the temperature of the gas found around the most actively growing supermassive black holes.

Gas consumption from a collapsed star by a supermassive black hole was observed earlier but was never accompanied by repeated x-ray bursts.

Scientists believe that the source of X-ray radiation is a star, which a black hole partially or completely tore up and now slowly consumes.

'We think the origin of the X-ray emission is a star that the black hole has partially or completely torn apart and is slowly consuming bit by bit,' Margherita Giustini of the ESA’s Center for Astrobiologyexplains.

As for the repeating X-ray flares, the scientists have yet to study their origin with the help of additional data and new theoretical models.