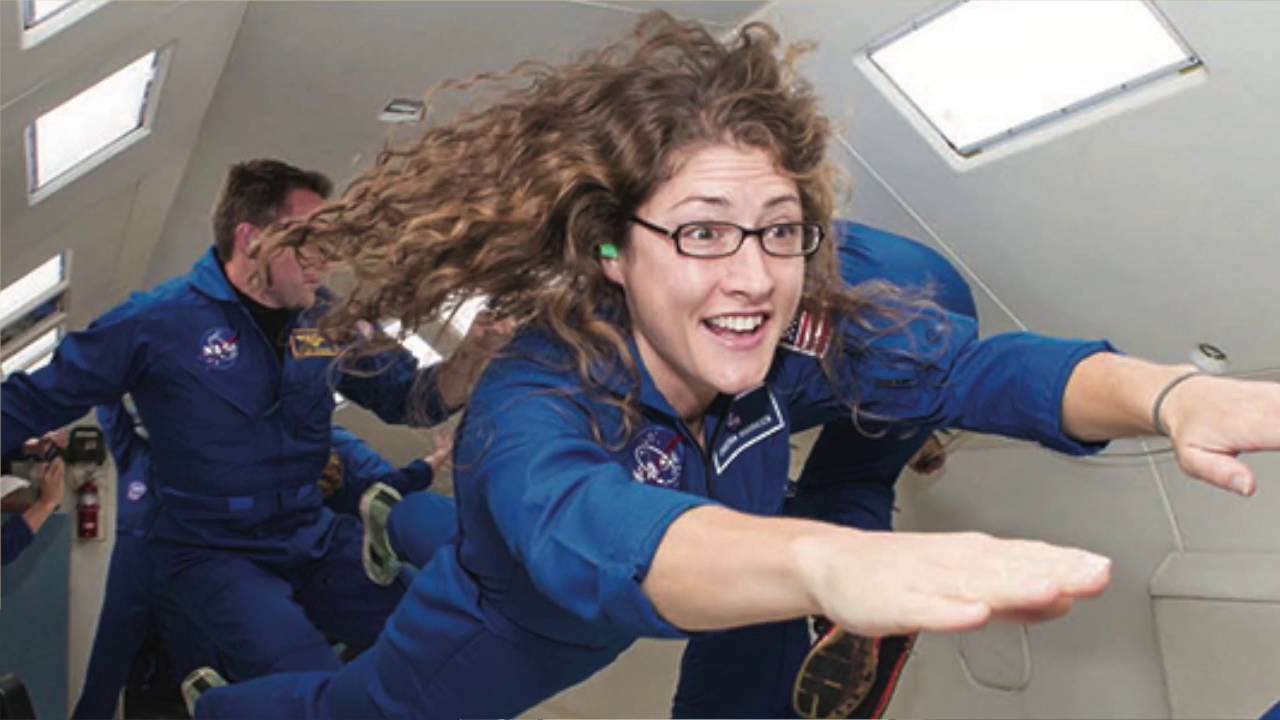 Problems with eyesight affecting astronauts during long flights into space can be eliminated using an very simple tool — ordinary swimming goggles. This discovery belongs to NASA scientists from the Universities Space Research Association in Houston, USA. The scientific journal JAMA Ophthalmology published the results with the results of the related study

The authors of the article note that over the last decade, when astronauts began to spend more and more time on board the International Space Station (ISS), space doctors were faced a serious problem - many of the astronauts began to complain of blurred vision and headaches. Tests showed a development of optic nerve inflammation and compression of the inner part of the eyeballs.

NASA scientists have previously found that vision impairment was caused by weightlessness lowering pressure in the eyes as it affects the distribution of fluids inside the skull and the eye. It turned out that zero gravity made the blind spot (an area on the retina not sensitive to light) stretch in the center of the eye, where the optic nerve connects to the receptors of the retina. A gap between the retina and the vessels led to inflammation.

In a new study, NASA scientists found a simple solution to this problem. They selected 20 male volunteers, placed them in a special kind of space flight simulator, and observed changes in the work of their eyes and brain. The simulator was a couch suspended in the air at such an angle that the participant's head would slightly lean down.

As a result, the fluids in their heads, as well as in other parts of their bodies, moved in much the same way as it does during flights on board the ISS. During the experiment, scientists asked the subjects to do some exercises that simulated the typical load on an astronaut's body and muscles, continuously measuring the pressure in their eyes.

Half of those volunteers were given ordinary swimming goggles in the hope that they will squeeze the areas around the eyes and compensate for the decrease in pressure that occurred as a result of simulated weightlessness.

The guess proved right - the pressure in the eyes of the participants who were wearing goggles was 5-7 mm higher than in the eyes of those not wearing them. Serious physical exertion further aggravated eye problems in the volunteers, but the glasses suppressed most of these changes, making the pressure close to normal.

“The addition of swimming goggles was associated with modestly increased pressure, which could reduce some of the adverse effects on the eye of long-duration space flights”, said the study’s lead author Dr. Jessica Scott.

In the near future, as noted by Dr. Scott, her team plans to measure the minimum pressure needed to prevent vision problems in space, and will also examine whether it is safe to wear these glasses for a long time. In any case, scientists hope that their idea eliminates one of the main obstacles to flying to Mars.