Take it From Chameleons: Introducing Smart-Skin Capable of Changing Color 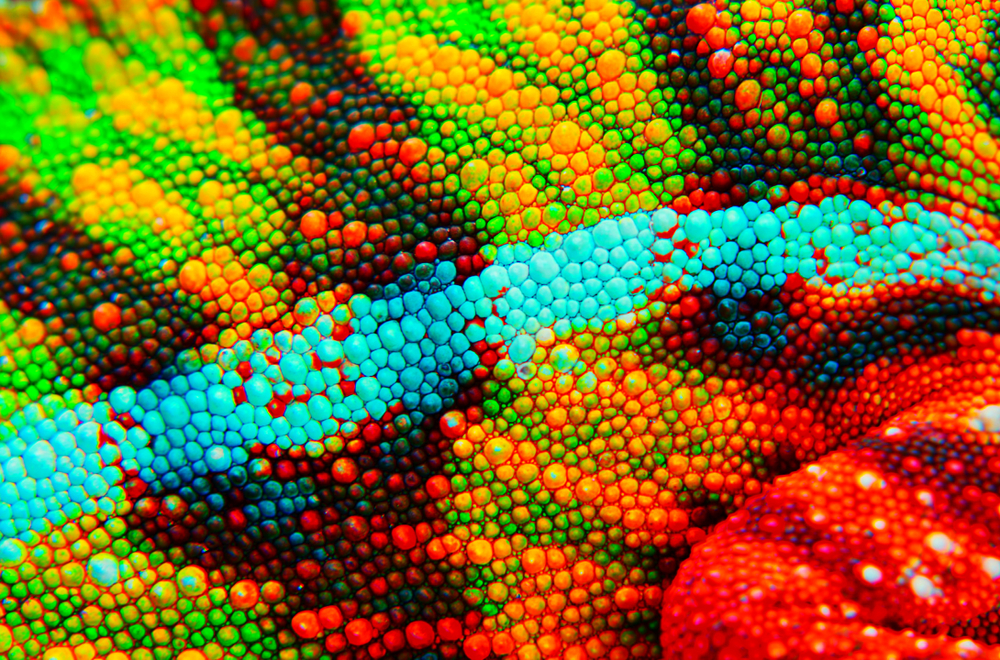 Scientists from the Department of Chemistry of Emory University, Atlanta, have created a prototype of a flexible smart skin able to react to the change of temperature and sunlight by changing its color. The development was inspired by the grace and beauty of chameleons.

Color-changing material can be useful for a range of potential applications, such as camouflage clothing, chemical sensing and anti-counterfeiting tags.

‘Watching a chameleon change colors gave me the idea for the breakthrough,’ says first author of the study, Yixiao Dong ‘We've developed a new concept for a color-changing smart skin, based on observations of how nature does it.’

How exactly does nature do it?

Though chameleons are pretty famous for their superpower to change their color, they are not the only ones who can do that. There are species among octopuses, squids and fish (neon tetra fish, zebra fish) that can adapt their pigmentation to their surroundings. However, the scientists' inspiration came from chameleons, so let’s focus on them.

Chameleons shift color via active tuning of a lattice of specialized guanine crystals within thick layer of so-called iridophores, their mechanism isn’t based on pigments.

Beneath the epidermal layer of the lizard skin that protects them, chameleons have layers of cells that provide their unique pigmentation. In these layers, there are tiny crystals that allow their color-changing ability to take place. Modification of the geometry of the crystals is the key to a chameleon's superpower.

Basically, the tiny iridescent crystals allow lizards to act like selective mirrors, choosing which colors to reflect and which to absorb. Light bounces on them only for specific wavelengths.

In order to copy the chameleon’s ability, researchers tried to embed photonic crystal arrays into hydrogel, a polymer that contains water. The color change was accomplished by changing the spacing in-between the crystal arrays. However, there was a major problem scientists have faced. Although the color change was quite noticeable, the hydrogel was contacting and stretching noticeably, too, making the whole prototype shrink or grow in size. And this Alice in Wonderland nonsense was absolutely no good.

‘No one wants a camouflage cloak that shrinks to change color,’ commented Khalid Salaita, a senior author of the paper.

Indeed, that sounds quite uncomfortable. But why don’t chameleons shrink when they turn green and then puff up when they turn pink? The lizards' crystal cells don’t cover the entire body of the animal, instead, they are spread out, so while rearranging them, the normal skin cells can expand or shrink to fill in any gaps.

So scientists managed to incorporate chameleons' solution once again: their prototype now contains not one, but two types of hydrogel. One responses to the stimuli (light or heat) with color change, while other has robust mechanical properties, which let it adjust in size. Because the second hydrogel compensates the behavior of the first one, researchers got a smart skin capable of maintaining a near-constant volume. 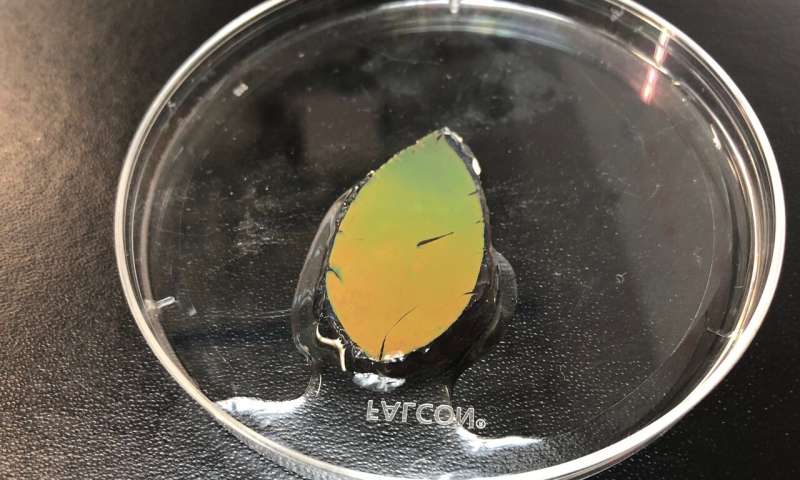 A leaf-shaped sample of the smart skin

Their invention can change color from orange to green after 10 minutes in natural sunlight. In another experiment, researchers a yellow smart skin on a leaf. In five minutes under the sun among real leaves, the smart leaf changed its color to green, successfully demonstrating the skin’s camouflage potential by blending into its surroundings.

‘We've provided a general framework to guide the future design of artificial smart skins,’ said Dong ‘There is still a long way to go for real-life applications, but it's exciting to push the field another step further.’