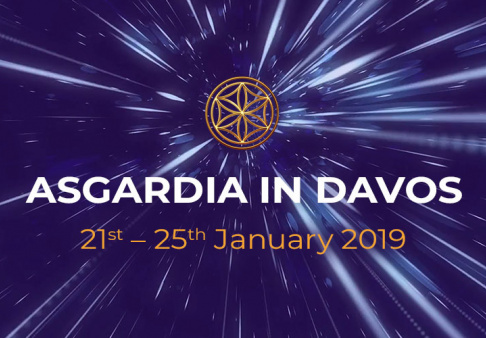 Last week, the Government had proposed, and the Parliament has, in the first reading during its latest session, adopted, the Act of National Currency and Basic Economic Principlеs of Asgardia.

The main economic principles were described yesterday by Mr. Leon Shpilsky, Asgardia's Minister of Finance, who gave a speech at the Caspian Week 2019.

1. Only the citizens of Asgardia, not the Government, have control over the supply of the national currency of Asgardia, the Solars;

2. The citizens of Asgardia will directly participate in profits received by the Government as dividends from various business enterprises conducted by the nation directly or through entities controlled by it; and

3. The emission of the Solars is regulated strictly by open international currency markets and will depend solely on the real demand for goods and services for which the Solars are an accepted form of payment.

A significant portion of the Government’s revenue will be derived from dividends received from global infrastructure projects, as well as the investment activities of the Asgardia, for the purposes of which a holding corporation Asgardia AG, registered in Austria, has been established.

A unique difference between the economic system of Asgardia and other Earth economies is that the budget of Asgardia does not need to include expenditures such as road construction or maintenance, agriculture, military and defence industry, security and protection of national borders, and many other items not necessary in a nation based on a purely digital economy. This advantage provides the Space Nation with an ability to concentrate all of our budgetary exenditures exclusively on issues connected to space exploration and development, and the achievement of the main objectives of Asgardia.

Asgardia intends to set equity capital of the company at €15 billion allocated between individual common shares with nominal value of €1,000 each at the first capital raise.

Share ownership privileges of the second level will be assigned to the first seven million citizens of Asgardia (the so-called “first wave”), who will receive citizenship in Asgardia and then be allowed to purchase for price of €1,000 each (currently projected but not yet finalized) an Asgardian Citizenship Certificate, which in itself will become freely tradable paper, and an Asgardian passport.

Obtained funds will be spent on the development and construction of global infrastructure. The brightest example of Asgardia’s global project involves the proposed launch of 10,000 satellites with the objective of creating a Global Satellite Internet Network for the purpose of transmission of signals and establishment of communication channels between people, utilising Asgardia’s own IP, without any use of radio frequencies on Earth.