The Milky Way Galaxy Is Twisted and Warped – Not Flat, as Previously Thought 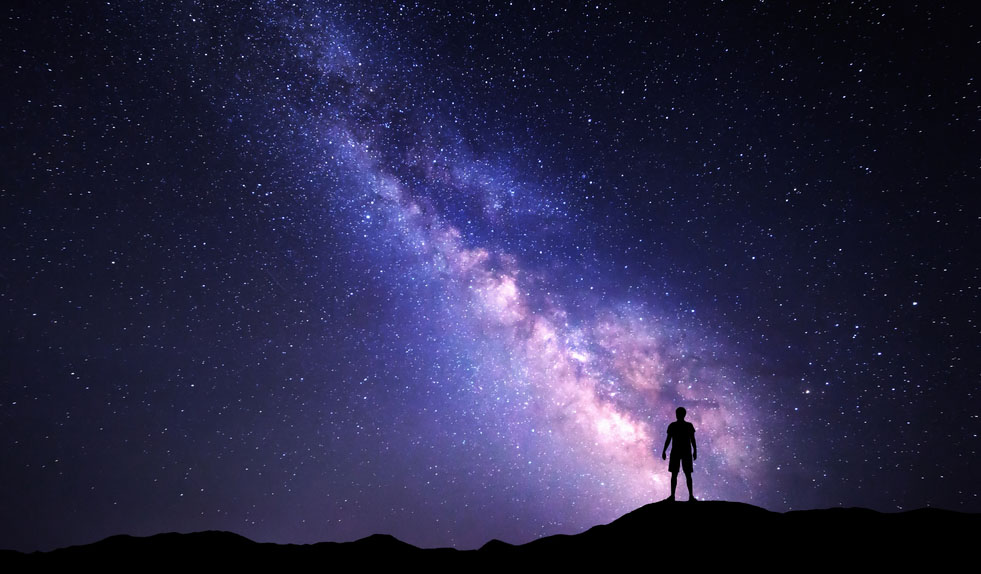 Astronomers from the National Astronomical Observatory of the Chinese Academy of Sciences (NAOC) have discovered that the Milky Way disk of our galaxy is neither flat, nor static. Instead, it is warped and twisted, especially as one moves away from the center of the Milky Way. This conclusion is supported by the results of the distribution of neutral hydrogen clouds and is in agreement with theoretical models of galactic dynamics.

From a long distance, our galaxy was thought to resemble a thin flat disk consisting of stars that rotate with a period of the order of several hundred million years around a central region, where hundreds of billions of stars, as well as a gigantic mass of dark matter, become the "gravitational glue" that binds the galaxy as a whole. However, far away from the center of the Milky Way, gravity becomes weaker. In the outer part of the galactic disk, hydrogen atoms that make up most of the gas disk of the Milky Way no longer lie in the same plane, but instead form a distorted spatial structure in the shape of the letter S.

Unlike other galaxies, the Milky Way is more difficult to study, since the observers are part of the galaxy. Over the years, several methods have been proposed based on estimates of distances to various objects in the Milky Way, such as pulsars, clouds of neutral hydrogen and Cepheid variable stars.

In this case, scientists based their findings on the study of 1,339 Cepheids, young and luminous stars that pulsate with an exact frequency, which allows astronomers to calculate their absolute magnitude, and, in turn, the distance to these stars. Researchers concluded that Cepheids form a warped disc. Since their positions are likely to trace the distribution of stars and gas in our galaxy, this suggests that the distribution isn't flat. Rather, it forms a warped disc with deviations order of 0.5-1 thousand parsecs (with 1 parsec roughly equivalent to three light years) from its midplane at distances order of 10,000-20,000 of parsecs from center of the Milky Way.

In the optical spectrum, dust and gas between us and the star can interfere with the exact determination of brightness, causing uncertainty in distance calculations. To achieve a more accurate result, scientists used infrared radiation that can penetrate the dust.

“We used a new catalog of infrared observations obtained using the WISE space observatory to reduce the effects of dust and determine distances to our Cepheids with an accuracy of less than 3-5 percent - this is unprecedented accuracy today,” said astrophysicist Richard de Griss of Macquarie University in Australia.

The database of observations allowed the scientists to create the first detailed 3D map of the Mily Way stars as traced by Cepheids, right up to its outermost regions.

Scientists found that on the 3D map, the collection of 1,339 Cepheid stars and the Milky Way's gas disk follow each other closely, which offers new insights into the formation of the Milky Way. More importantly, in the Milky Way's outer regions, scientists have found that the S-like stellar disk is warped in a progressively twisted spiral pattern.

According to Pavel Ivanov, Chief Researcher of the Physical Institute P. N. Lebedeva RAS, this is the largest survey of Cepheids to date. “These results could shed light on different processes taking part in the formation of our Galaxy, and, indirectly, could help to get a better understanding of processes responsible for the formation of Solar System and effects operating in the Universe on extragalactic scales,” Ivanov told Asgardia Space News.

In addition to creating the first detailed 3D map of the stars of the Milky Way, the results of the study will allow scientists to establish the upper limit of the amount and distribution of matter in the galaxy.