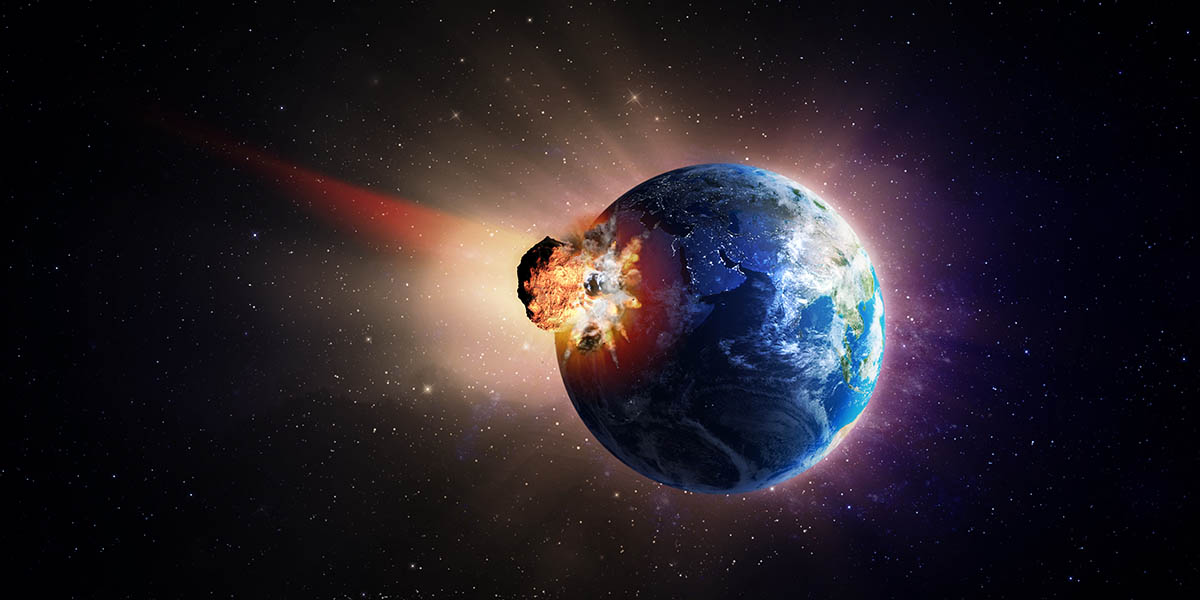 What happened the day era of the dinosaurs came to an end? An international team of scientists constructed the most accurate timeline of the chaos that occurred on our planet 66 million years ago by studying the rocks inside the Chicxulub crater

The asteroid impact that occurred 66 million years ago was definitely one of the most catastrophic events that our planet has experienced. The 150-kilometers-wide crater left in the Gulf of Mexico today, was the epicenter of the disaster, which led to the extinction of 75% of species that inhabited our planet. It was the end of an era. Literally, the day the asteroid struck Earth was the day Mesozoic Era (Age of Reptiles) ended, opening the Cenozoic Era (Age of Mammals) that continues today.

What happened on the day of the disaster? A team of scientists created the most accurate timeline of the literal apocalypse by combining computer models with the data gathered after examining the crater itself. Researchers had to ‘dig into it’, since layers of shocked and melted rocks below the impact have been hidden under the 66-million-years-old layer of sediment.

Rushing towards Earth faster than 70000 kilometers per hour, the impact sends out a flash of energy, roasting landscapes for 1500 kilometers around in a blast of thermal radiation. About nine seconds after the impact, all animal and plant life in the area is up in flames.

The asteroid excavates kilometers of ocean floor, vaporizing rocks and water alike on impact. Shock waves turn solid rocks liquid. Within minutes, the basement rocks collapse outwards to form a peak ring of hills, covered with about 40 meters of debris in another 10 minutes. The impact evaporates sulfur from the crater’s rocks, overall releasing 325 gigatons of sulfur, that spreads and poisons the atmosphere. It doesn’t just look like the apocalypse, it smells like one.

After the fires, come the floods. Waters of the ocean rush back into the gap, creating a hot soup above the crater with rocks and debris in less than one hour.

However, this is only the beginning of the catastrophic chain of events. The impact causes a 305-meter-high tsunami that destroys everything in its path. Meanwhile, colossal shock waves cause a global earthquake, more powerful than anything ever experienced by humans. Volcanoes erupt all around the globe, triggered by the catastrophe and adding to the carnage.

A cloud of hot dust, ash, and steam spreads from the crater, covering the entire surface of the Earth for years. Dust particles in the atmosphere block the sunlight from reaching the surface of the planet. But total darkness isn’t the only thing seen in the sky: a dramatic meteor shower continues to rain fireballs of debris from the impact.

This is how the world ends. This is what the end of an era looks like.

Nuclear winter is coming. The planet's surface drastically cools, since there's no sunlight reaching it. The darkness starves the plants and algae, depriving them of photosynthesis, sending shock waves of hunger along the entire food chain.

However, the carbon dioxide released into the atmosphere after the massive fires warms up the planet in a sudden greenhouse effect as soon as the dust in the air settles down. The protective ozone layer is severely damaged, so the whole planet is exposed to cosmic radiation. Acid rains fall from the skies, brought on by the sulfur vaporizing in the atmosphere shortly after the impact.

Three-quarters of the plant and animal species on Earth vanished that fateful day. However, this was also a new beginning, as the mass extinction provided evolutionary opportunities to different living forms. Mammals managed to diversify greatly after the catastrophe. The extinction of dinosaurs gave us a huge environmental niche, that ancient mammalian animals gladly used. The end of an era always means the dawn of a new one.