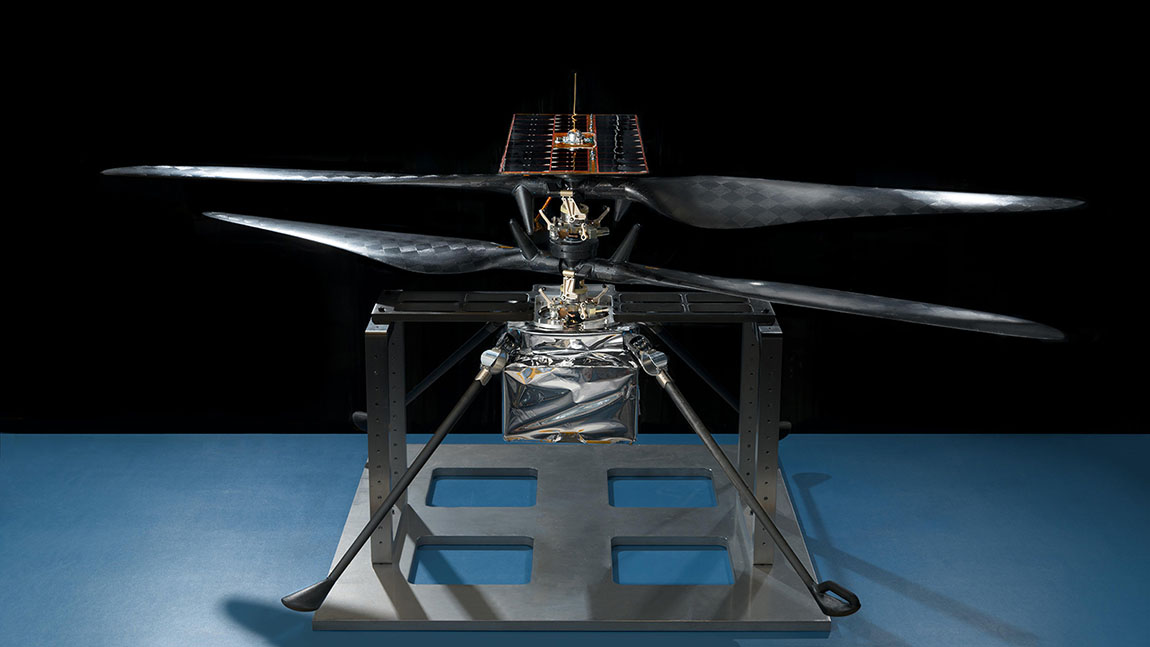 NASA’s Mars Helicopter, landing on 18 February 2021 in Jezero Crater, will make the Mars 2020 rover the first spacecraft to accurately retarget its touchdown point during landing sequence in the history of planetary exploration. And the miniature autonomous helicopter will pioneer in proving — hopefully, successfully — that heavier-than-air machines can fly on another planet

NASA’s Mars 2020 mission will test the possibility that the laws of physics may render non-existent, of flying a heavier-than-air machine on the Red Planet, through a technology demonstration of a space helicopter flight remotely controlled from Earth.

This year in January, the team tested the helicopter in a simulated Martian environment, moving it subsequently to Lockheed Martin Space in Denver, TX, USA to test its for coherence with the Mars Helicopter Delivery System that will hold the 1.8-kilogramme helicopter against the bottom side of the Rover during  launch and flight to Mars, deploying it onto the surface upon landing, exposing the machines attached to each other to vibrations they will have to endure throughout operation, as well as extreme temperatures of space and Mars, as low as -129C, that could affect the components and their performance.

The Mars Helicopter will not carry any science instruments, but will be equipped with a camera taking high-resolution pictures in colour to show what the helicopter is capable of in terms of documenting Mars’ surface.

If the test vehicle is successful, and all goes according to plan, second-generation helicopters can be used in future Mars missions, exploring areas either not easily accessed, or not studied before, like cliffs, caves and deep craters, carry small payloads, and act as scouts for space crews.

On 11 May, 2019, the Helicopter was brought back to JPL for most tests and completion. As of now, the new solar panel that will power it has been installed, and its rotor blades, spun up to see to it that all the, roughly, fifteen hundred of pieces of carbon fiber, flight-grade aluminum, silicon, copper, foil and aerogel work together without fail at all times.

"We expect to complete our final tests and refinements and deliver the helicopter to the High Bay 1 clean room for integration with the rover sometime this summer," said Aung, "but we will never really be done with testing the helicopter until we fly at Mars."

The Rover will assess its touchdown Mars site, determine the environment’s suitability for living, look for the traces of ancient life on Mars, analyse potential risks for astronauts on future Mars missions, and study its natural resources. It will be equipped to collect rock and soil samples that it will then seal in tubes to be left on the planet's surface to be returned to Earth on a future Mars mission.

JPL will manage operations of both the Mars 2020 rover and Mars Helicopter for the NASA Science Mission Directorate in Washington. NASA's Launch Services Program, based at its Kennedy Space Center in Florida, will control the launch.