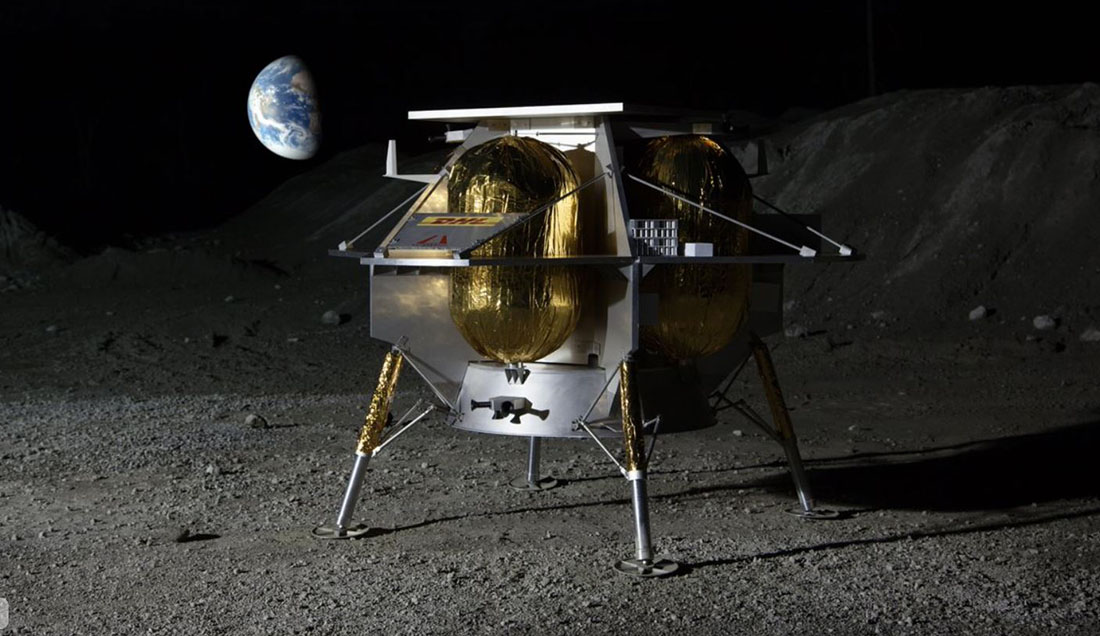 This week, NASA introduced three commercial Moon landing service providers that will deliver instruments and other small payloads to the Moon

These Moon missions will also acquire new scientific measurements and enable tech demonstrations, their data will help develop future landers and other exploration systems needed for astronauts to return to the Moon by 2024.

Models of three American landers were presented on May 31 in NASA’s Clean Room, the same one where the Hubble telescope was constructed and went through final tests before its launch. Each team introduced their landers to the world and explained their specifications.

The Pittsburgh-based company, Astrobotic, was the first to present their lander, Peregrine. Previously, NASA awarded Astrobotic a grant to create a precision landing system for their spacecraft. The system will allow the spacecraft to land with 100-meter accuracy from its target on some of the Moon’s most challenging landing sites. John Thornton, CEO of Astrobotic, also said the they plan to carry rovers on the Peregrine lunar lander. Astrobotic plans to launch in June 2021 and touch down in July 2021.

Nova-C, a lunar lander designed by the private company Intuitive Machines, headquartered in Houston, Texas.  Nova-C inherited technology developed by NASA's Project Morpheus.  The lander has a propellant system, autonomous landing and hazard detection technology. After landing, it’s is capable of relocating by performing a vertical takeoff, cruise, and vertical landing. Nova-C is a spacecraft with a 100 kg payload capacity. Like the Astrobotic team, Intuitive Machines plan to land on the Moon in July 2021.

Orbit Beyond’s lander is pushing the timeline: the company announced it can land on the Moon in September 2020. The Z-01 lander with 40 kg payload capacity will also bring a rover, equipped with HD stereo cameras and capable of 500 meters of surface exploration and 25° slope gradeability.

NASA provided each company with money to work on their landers: $79.5 million to Astrobotic, $77 million to Intuitive Machines and $97 million to Orbit Beyond. Intuitive machines and Orbit Beyond both announced they are planning to use SpaceX Falcon 9 for the launch. When they reach the Moon’s orbit, the landers will perform a descent sequence, slowly come down, scan for safe locations, and hopefully conduct a safe landing. And then, the fun begins!